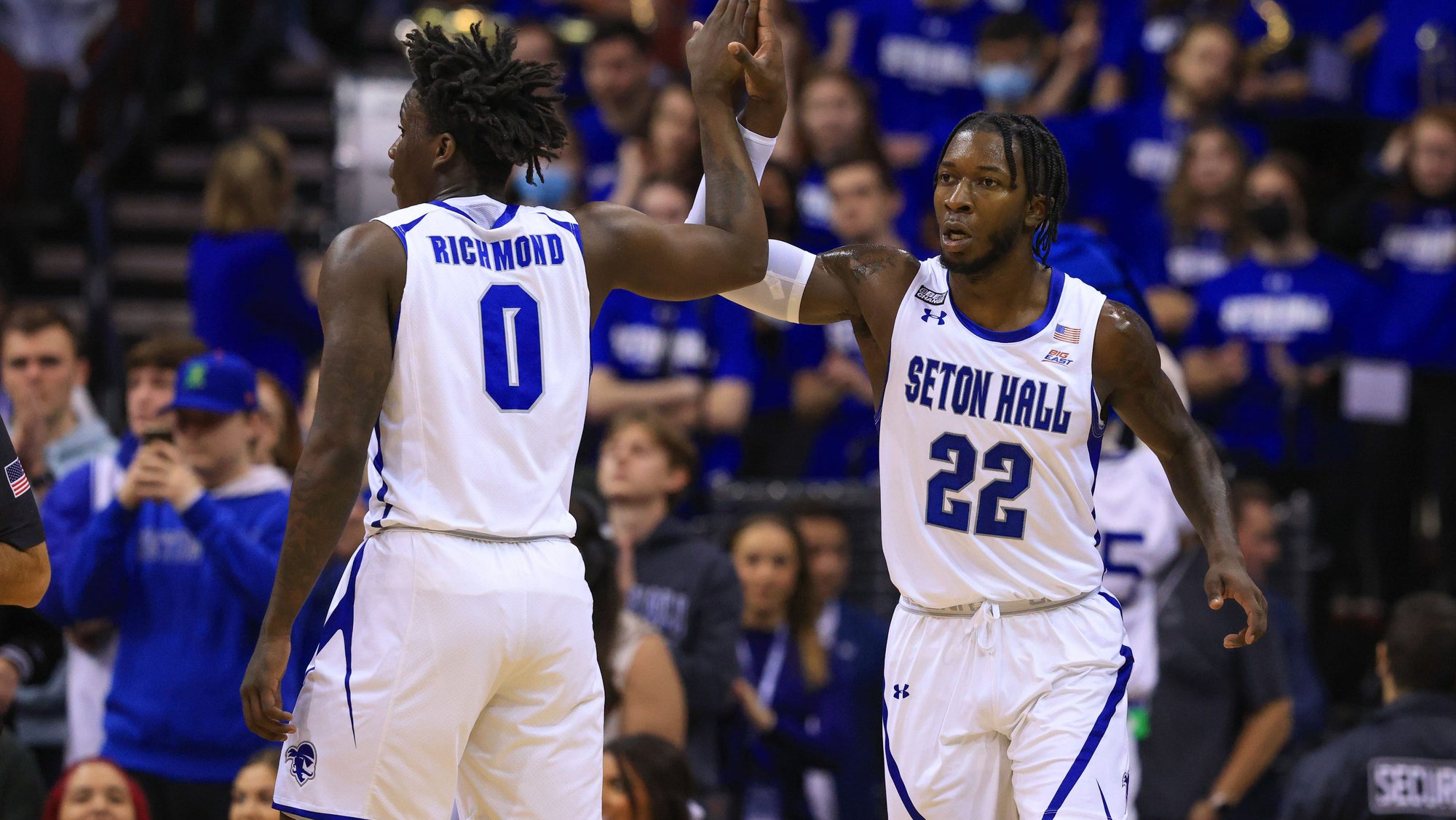 The Big East looks to be highly competitive this season, with four teams currently ranked and five teams currently projected to make the March Madness field. This matchup between Villanova and Seton Hall will help with establishing the early pecking order in the conference.

Villanova has played a tough schedule to start the season. But with the talent they have, they would have expected to be better than 8-4 at this point.

Seton Hall banked some really good wins in non-conference action, but they opened Big East play with a loss at Providence on Wednesday. An 0-1 start in a tough conference makes this game a little more urgent.

After back-to-back losses at Baylor and Creighton, Villanova avoided an 0-2 start to Big East play with an impressive double-digit home win against Xavier. They haven’t played since December 21, however, so there might be a little rust to shake off.

The Wildcats are one of the most experienced teams in the country but have struggled with depth. They do not play their bench much and get next to nothing from that group.

Lead guard Collin Gillespie was on a lot of All-America lists in the preseason because of his all-around game. He is the leading scorer for the Wildcats but sometimes they might need him to be a little more selfish.

Seton Hall has contributed to the status of the Big East early with wins over Michigan, Rutgers, and Texas. But they dropped their first game in conference play against a really good Providence team and need a win in this matchup to get back on track. Wednesday’s loss was their first game since December 12, so they should be sharper against the Wildcats than they were against the Friars.

The Pirates have the potential Big East player of the year in Jared Rhoden. He leads the team in scoring (16.7 points per game) and rebounding (7.6 rebounds per game) and will present a matchup problem for Villanova.

I feel like this will be a make-or-break game for these teams in terms of who will really challenge for the Big East title.

Villanova with all of their experience is always a tough fade. They just in general do not beat themselves, but this season they just have not been able to get over against good competition. That is what Seton Hall is, and the Wildcats are on the road.

Nobody is going to beat up Villanova the way that Baylor did, but I didn’t even think that was possible with this group. Even though they have won some games since, that game leaves a mark.

Seton Hall is a well-balanced team and that makes them very tough to beat. They play good defense, especially when big man Ike Obiagu is on the floor. He is a real difference maker as a rim protector.

However, both he and fellow big man Tyrone Samuel, who is the team’s third-leading scorer and second-leading rebounder, are out for this game due to COVID protocols. Alexis Yetna, who had 13 points and 11 rebounds against Providence, will be a big factor with those two out.

The perimeter is a strength for both teams, but Seton Hall has much more depth there and they are getting better at playing together. Kadary Richmond, a 5-star transfer from Syracuse is just starting to get more integrated. In terms of pure talent, he might be the best player on either team.

With both teams playing to their strengths, look for the Pirates to get a big win at home on New Year’s Day. They are very well suited to match the strengths of the Wildcats.

The 2022 French Open is underway at Stade Roland Garros in Paris, France, and we are already almost through the first week of play. Tomorrow, the remaining third-round matches will take place, after which the men’s and women’s singles draws will be down to their final 16 contenders. In both men’s and women’s singles, there END_OF_DOCUMENT_TOKEN_TO_BE_REPLACED