UCLA Bruins vs. Stanford Cardinal Betting Preview: After Upset Loss, UCLA Looks to Bounce Back in Conference Opener at Stanford 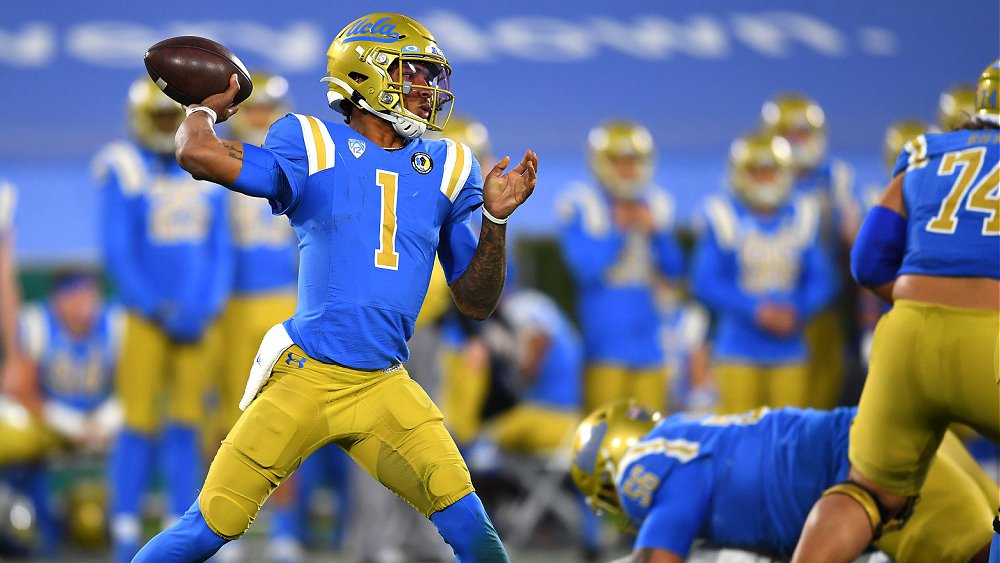 After scoring one of the best wins of the first month of the college football season, UCLA came back down to earth last Saturday at the hands of Jake Haener and Fresno State. But while they fell from the ranks of the unbeaten with that loss, a Pac-12 title is still a real possibility for the Bruins.

The same is the case for Stanford, who lost to Kansas State to open the season. Since then, the Cardinal have since had convincing road wins over USC and Vanderbilt, and it looks like they could contend in a wide-open Pac-12.

Whoever wins this matchup will get a big leg up in their division. Especially Stanford, who may need to be undefeated when they take on Oregon later in the fall. They did UCLA a favor by beating USC, but they will not be in a generous mood today.

UCLA Bruins vs. Stanford Cardinal college football betting odds are via FanDuel Sportsbook as of Wednesday, September 22, 2021 at 8:49 p.m. ET.

The Bruins season was going according to plan until they went down in one of the season’s most exciting games. It is not a terrible loss, provided they have the fortitude to bounce right back. QB Dorian Thompson-Robinson played really well in the loss to Fresno State, but the running attack, which had been so strong over the first couple of games, dried up. That is discouraging given that Fresno State is hardly a defensive power.

UCLA’s defense was torched last week. They gave up 455 yards through the air, and Ronnie Rivers rushed for 136 yards too. They might be a G5 team, but Fresno State has one of the best offenses in college football. Still, that performance leaves you wondering just how good this UCLA defense is.

Can the Cardinal Contend for a Conference Crown?

When Stanford lost its opener at Kansas State, scoring just seven points, it was looking like another rough season in Palo Alto.

Instead, they have turned things around, upsetting USC on the road and then winning and covering at Vanderbilt. They have a chance to go 2-0 in the conference and put a couple of their toughest conference games behind them. It has been quite a turnaround. QB Tanner McKee is a hulk in the backfield and so far he has not made any mistakes. He is not putting up monster numbers but mistake-free football is sometimes all you need in college football.

Stanford has to be a little concerned about their defense, which is uncharacteristically soft upfront. They have been able to limit passing offenses, but they are giving up over 200 yards per game on the ground. Against the competition they have faced, that is definitely a concern and might play into the strengths of the Bruins.

The Cardinal have banked back-to-back wins, but I am still not sold on them being a quality team. It stung that UCLA could not hold on against Fresno State, but that might have created a buying opportunity. If the Bruins were still undefeated, they would be favored by more. Look for UCLA to put last week’s disappointment behind them and open up Pac-12 play with a solid road win.

The 2022 Formula 1 season is only six races deep, but the race for this season’s championship alerady appears to be down to just two drivers. Last season, Red Bull driver Max Verstappen claimed his first Formula 1 World Drivers’ Championship in highly controversial circumstances, with Lewis Hamilton denied what would have been a record-breaking END_OF_DOCUMENT_TOKEN_TO_BE_REPLACED