Syracuse vs. Clemson Betting: Can the underdog Orange put a scare into the Tigers? 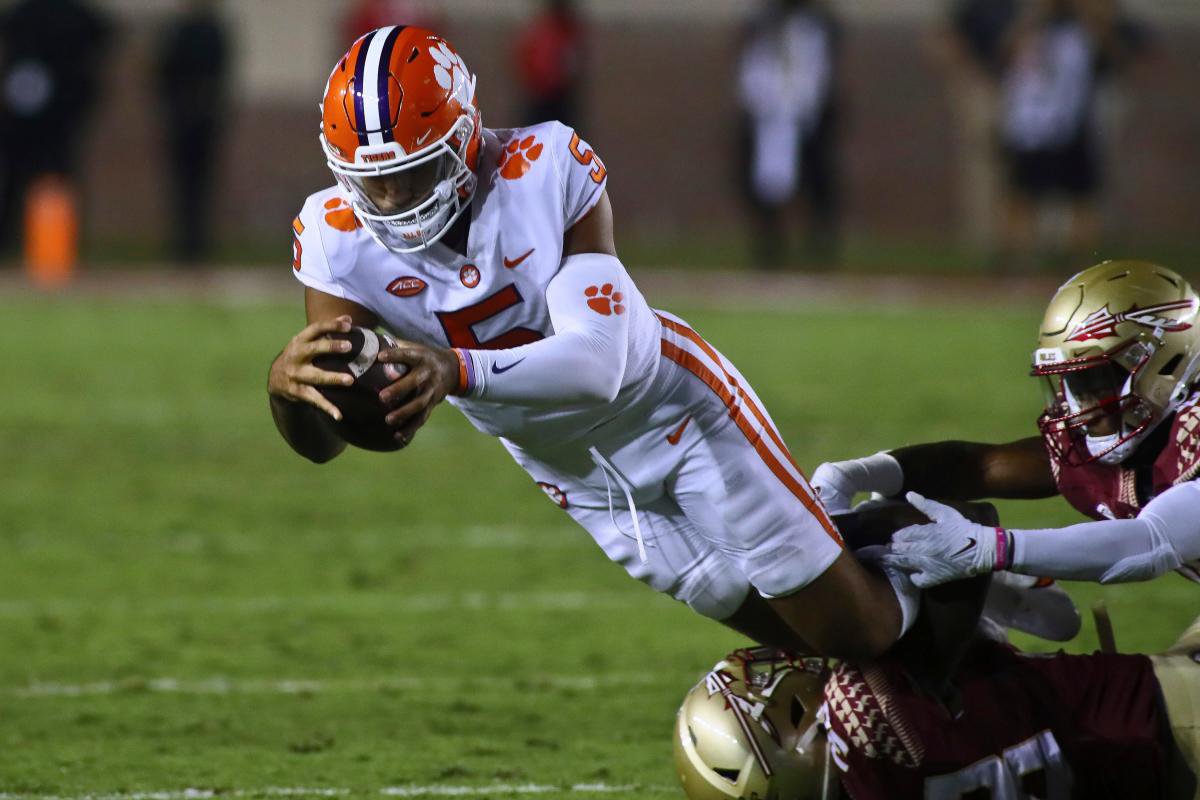 Is Syracuse a contender or a pretender? The eighth week of the college football season is when we will find out for certain, as they will visit Clemson this Saturday in a battle of two of the nine remaining unbeaten teams in FBS.

This past Saturday, the Orange moved to 6-0 with a 24-9 win over wounded North Carolina State, who lost QB Devin Leary for the season in the previous weekend’s win over Florida State.

While the win over NC State was impressive even with the Wolfpack missing Leary, a win over Clemson would be in another universe entirely. And it would completely change the Atlantic Division race, which will be all but over if the Tigers are able to improve to 6-0 in ACC play come Saturday afternoon.

Game odds are via FanDuel as of Monday, October 17 at 12:30 p.m. Eastern. Odds from our other recommended legal sports betting sites may also appear in this article.

Last Saturday’s win over NC State was Syracuse’s fourth over a Power 5 team this season, one fewer than they had over the previous three seasons combined.

That alone signifies the leap that they have taken this season, and after entering this season with a lot of speculation about his job security, coach Dino Babers is sitting pretty right now.

But can the Orange go into Clemson and win on Saturday? They will need to be perfect to do so, but don’t discount their chances.

Clemson ranks fifth in FBS in rushing yards allowed per carry (2.78), but they gave up 206 rushing yards on 6.1 yards per carry in last Saturday’s win over Florida State.

Syracuse has one of the best running backs in the country in Sean Tucker and a dangerous running threat at QB in Garrett Shrader, and they certainly could be perfective against Clemson.

Turner and Shrader combined didn’t get their usual number of touches due to the Wolfpack having the ball for over 35 minutes, but they combined for 179 yards on 30 attempts against NC State, who went in allowing 4.1 yards per carry and 113 rushing yards per game.

But can Syracuse’s defense force DJ Uiagalelei into mistakes and prevent him from using his mobility to make plays?

Were this matchup earlier in the season, perhaps, but Uiagalelei seems to be getting more and more comfortable and confident.

Clemson’s offense may not be back to the level that we had grown accustomed to, but efficiency is improving, and that goes a long way towards being a winning team.

But they didn’t put away NC State until the fourth quarter, and they let FSU back into the game after taking a 34-14 lead midway through the third quarter. So, they aren’t fully where they need to be on either side of the ball just yet.

I don’t think Syracuse will be able to pull off the momentous upset, but I don’t have a lot of faith that this Clemson team in its current form will win in a rout. Back the Orange to cover and for the over to hit here.