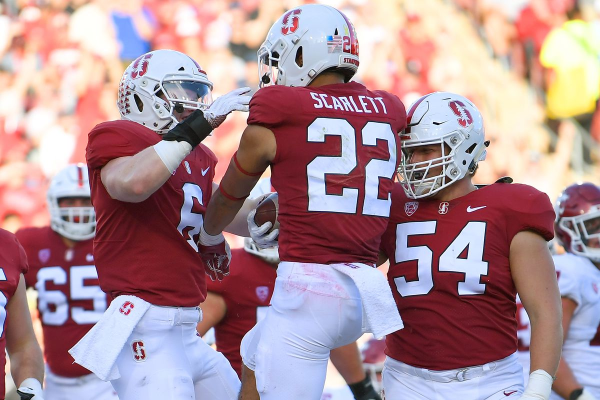 Week 3 of the college football season is here, and there are plenty of big-time matchups on the calendar again. One of the biggest games this weekend will feature a Pac-12 team heading down to Florida to take on a ranked opponent. The UCF Knights have been one of the top teams in the country in recent seasons, and they look to be good again. Stanford has struggled a bit out of the gate, but a huge road win in this game could turn their season around in a good way.

UCF has gotten off to another fast start in 2019, and they have been doing it in dominating fashion. The No. 17 Knights blew out Florida A&M in their season opener, winning by a score of 62-0. UCF was supposed to get a challenge in Week 2 from rival Florida Atlantic, but they ended up winning that game by a score of 48-14. The Knights have been knocking on the door of the College Football Playoff in recent seasons, and that could very well be happening again.

Stanford earned an impressive 17-7 victory in the season opener over Northwestern, but they struggled in Week 2 with starting quarterback KJ Costello sidelined with a head injury suffered against the Wildcats. The Cardinal suffered a brutal 45-20 loss at the hands of rival USC, and that has Stanford searching for answers heading into this game. UCF is a 7.5-point favorite in this game.

UCF Has Some Defense This Season

UCF has been one of the highest-scoring teams in the country in recent seasons, but their defense has struggled. It appears that the Knights have finally found a defense to match the offense, and that is scary for opponents. UCF has allowed just 7.0 points per game this season, and those numbers have them right up there with the top teams in the country. The Knights have plenty of athletes on the defensive side of the ball, and they will spend some time in the Cardinal backfield in this game.

The Knights have several new players on the offensive side of the ball, but they still look like the same old team. UCF has already scored 110 points this season, and they have been running the ball like crazy. The Knights are averaging 325 rushing yards per game this season, and they are still throwing the ball deep as well. Quarterback Dillon Gabriel is a terrific dual-threat quarterback and has thrown five touchdown passes this season.

Offense hasn’t been easy to find for the Stanford Cardinal this season, and that could be a huge problem in this game. Backup quarterback David Mills has thrown just one touchdown pass this season and has just over 300 passing yards, though it’s expected that Costello will be back for this game. Running back Cameron Scarlett has done a nice job of running the ball, but the Cardinal just aren’t as explosive as they were a season ago.

The Stanford defense was sharp in the season opener, but they struggled mightily against USC. The Cardinal gave up close to 350 passing yards to a freshman QB from one of their rivals, and they are in danger of getting exposed again in this game. A better offensive game plan will be needed in this game to extend some drives and keep the UCF offense off of the field.

UCF has struggled to schedule quality non-conference opponents mainly because most teams are scared to play them. The Knights have managed to improve their schedule this season, and hosting a Pac-12 team is a huge opportunity. Stanford will not be afraid of the Knights, but they just don’t have the talent to compete in this game. The Cardinal have a tough time finding the end zone, and that won’t work against UCF. Bet the UCF Knights -7.5 over the Stanford Cardinal.