Season Right Around the Corner; NCAA Football News Heating Up 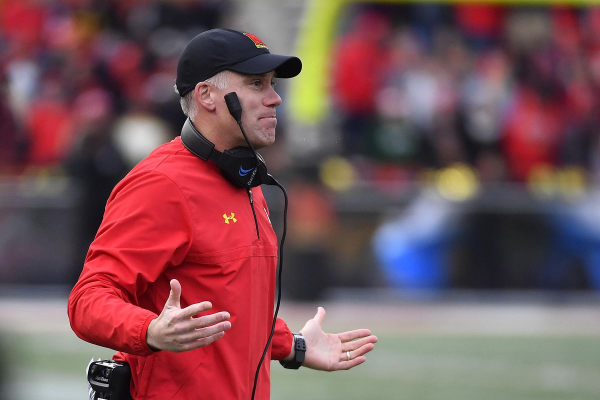 As expected, it was a busy week in the college football world with the season fast approaching. Of course, a lot of it was for off-field controversy, which is never fun. Let’s try to catch up on all the top headlines.

We begin at the University of Maryland, where head coachD.J. Durkin has been placed on administrative leave while the school investigates reports of abuse within the football program. Current and former players have come out to report incidents of bullying and verbal abuse. Part of the equation is the tragic death of offensive lineman Jordan McNair, who passed away in May from heatstroke. On Tuesday, the university president Wallace Loh accepted responsibility for McNair’s death on behalf of the school.

Strength and conditioning coach RickCourt has already resigned from his position at the school. Court was reportedly at the forefront of the bullying and what was described as a “toxic” culture under Durkin. Two other athletic trainers have also been placed on administrative leave. There is no timeline on when the investigation will be finished or Durkin’s status determined. In the meantime, offensive coordinator MattCanada is serving as Maryland’s interim coach. Canada only joined the program in January after spending last season as LSU’s offensive coordinator.

In the other controversy that’s consuming college football, Texas head coach Tom Herman has denied a report that he hid alleged abuse by former Ohio State assistant ZachSmith while he was on Urban Meyer’s staff with the Buckeyes. A report published last weekend indicated that Herman was a source used by Brett McMurphy in exposing Smith’s violent relationship with his wife and the possibility that Meyer knew years before firing Smith last month. McMurphy has also denied that Herman was his source. Meanwhile, the investigation into Meyer and Ohio State continues with no resolution as of yet.

In actual football news, Michigan coach Jim Harbaugh says the battle for the starting quarterback job is both competitive and unsettled. Ole Miss transfer Shea Patterson and Brandon Peters, who saw action last year as a redshirt freshman, are considered to be the frontrunners. However, Harbaugh says freshmen Dylan McCaffrey and Joe Milton, as well as Illinois grad transfer Jeff George Jr. are still in the race. Harbaugh has no timeline for a decision, but he would prefer one as soon as possible with the Wolverines set to play Notre Dame in their season opener.

The Tennessee quarterback situations equally murky, according to new head coach Jeremy Pruitt. Jarrett Guarantano is attempting to beat out Stanford grad transfer Keller Chryst, who many assumed would end up winning the job. Sophomore WillMcBride could also factor into the equation. Pruitt says none of the candidates have separated themselves, and until that happens, he’s not going to name a starter.

Get on the Field

The Georgia Bulldogs got some good news this week, learning that Cal transferDemetrisRobertson would be eligible right away. The junior wide receiver is a native of Savannah and a former five-star prospect. He left Cal over the summer due to “personal reasons,” and has received a waiver to be eligible to play right away. He could immediately become one of Georgia’s top receivers after only playing in two games last year due to injury.

Penn State will go through the 2018 season and beyond without defensive lineman RyanBuchholz, who has announced his retirement from football due to chronic pain and injuries. Buchholz was projected as a starting defensive end. He totaled 34 tackles and five sacks during his career.

Colorado State head coach MikeBobo is questionable to be on the sidelines for his team’s opening game against Hawaii after being hospitalized earlier this week. Bobo was admitted to the hospital on Saturday for “medical evaluation” and announced Wednesday night that he has peripheral neuropathy.

Only 44, the former Georgia quarterback has been bothered by numbness in his feet recently. He is undergoing testing to find a diagnosis. With the season opener less than 10 days away, it’s unclear if he’ll be on the sidelines, in the booth, or even at the game at all. However, Bobo has said he continues to be in contact with his coaching staff in preparation for that game. The Rams have gone 7-6 in each of Bobo’s three seasons at Colorado State.

The LSU Tigers are down to just two scholarship quarterbacks. In the past week, both redshirt freshman Lowell Narcisse and junior Justin McMillan have announced their intentions to transfer. That means the quarterback race is down to Myles Brennan and Ohio State transfer Joe Burrow, with no other quarterbacks on the roster. Obviously, that is not ideal, especially with head coach EdOrgeron yet to name a starter between the two. McMillan, meanwhile, graduated from LSU earlier this summer, giving him a chance to be eligible to play right away if he can find a home before classes start within the next couple of weeks.