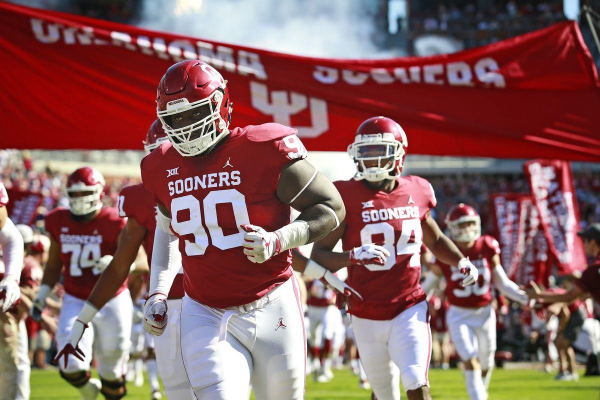 The Capital One Orange Bowl in Miami, Florida hosts the National Football Playoff Semifinal between the Oklahoma Sooners and the Alabama Crimson Tide. These teams are both coming off of conference championship wins over rivals. Oklahoma comes into this game as a 14-point underdog, which is sure to be a key factor of motivation for them in this game. Alabama has been a double-digit favorite in every single game this year, so they are going to be very used to this situation, even against a very talented team.

Oklahoma is one of the strangest teams in the history of college football. They are a historically good offense and a historically bad defense. The thing that baffles me is their offensive talent vs. their defensive talent is night and day. The offense is full of elite athletes who are constantly making big plays, while the defense is constantly getting burnt downfield. This is likely going to be the key to this game. Oklahoma is led by Kyler Murray, the Heisman Trophy winner, Marquise Brown, Ceedee Lamb, and Trey Sermon. This offense is as dynamic as we have ever seen with the abilities of Murray to scramble and the speed all over the field.

Alabama has been one of the most dominant teams in college football history this year. I do not buy that this team is that good, but they are obviously extremely talented. Alabama has historically struggled against the elite offenses in college football more than most people initially think. The last three elite offenses we have seen face this team were the three years previous to last where they allowed 35 and 40 to Clemson and 42 to Ohio State. The other interesting statistic is that Nick Saban is 1-4 vs. Heisman Trophy winners in his career. Who typically wins the Heisman? Usually a guy like Kyler Murray. The threat of a run has seemingly given the Crimson Tide problems against the elite college quarterbacks they have faced like Deshaun Watson, Cam Newton, and Johnny Manziel. This is where Alabama must focus all of their attention. Alabama also has had a historic offense with Tua, Jerry Jeudy, Irv Smith, Jaylen Waddle, Josh Jacobs, Henry Ruggs, and Damian Harris all being really involved in this offense. Tua has added another layer to the Bama offense with his arm strength that has really helped them become much more explosive.

Tua Will Be Key

I think that the biggest key to this game is actually the Alabama offense and Tua’s decision-making. Now, I understand that everyone believes that the key to this game is how much Kyler Murray can score on this defense, but I don’t think that is the true difference in the game if you are trying to draw up a scenario that Oklahoma actually wins this game. A few weeks ago, I wrote that Tua is a bad decision-maker and that no one has really talked about it. If you watched the Georgia game, you saw how many bad decisions he makes vs. pressure. Against top 25 defenses, Tua has thrown 5 TDs and 4 picks. That’s bad. However, against everyone else, he has 32 TDs and 0 picks. Oklahoma is pretty safely in the “everyone else” category. Oklahoma has been decent at forcing QB turnovers and getting a little pressure at times. The coverage downfield is awful, but if they can force Tua to make quick decisions and get a turnover or two, I think Oklahoma is live to win this game outright.

This game is going to be incredibly interesting because I also think that it is possible that Oklahoma’s offense is worse than people think. It’s great, but I don’t think it is the best offense ever. I think that this game has more stops than most people think, but the explosive plays will still keep this game extremely high scoring. I think that the path is small, but there is a path to Oklahoma winning this game, so I will take the Sooners and the points (+14) here.