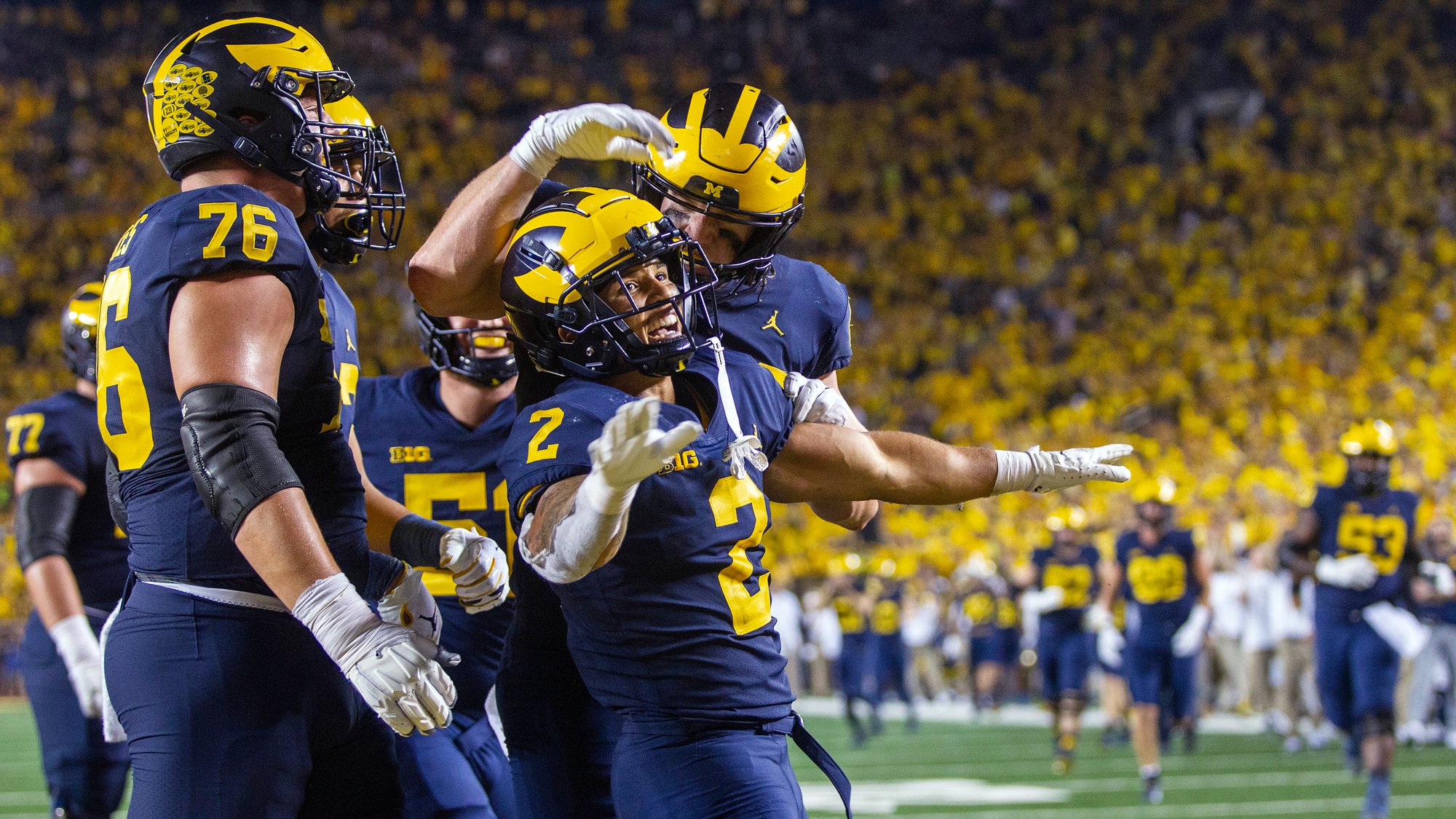 Michigan has beaten everyone on their schedule and is hoping for a true breakthrough season in Ann Arbor. They are playing differently, but wins are wins, and they are still in the mix for the College Football Playoff midway through the season.

Normally Northwestern is one of those programs you don’t want to play when things are going well because they can drag you into a rock fight. They are struggling this season though.

Big Blue looks to run their perfect record for another week but has to stay focused and not be thinking about their game against also undefeated Michigan State next week.

Northwestern Wildcats vs Michigan Wolverines college football betting odds are via FanDuel Sportsbook as of Saturday, October 23, 2021 at 11:55 a.m. ET.

Northwestern beat Rutgers last week, winning 21-7. That was a classic Wildcats game, but those have been few and far between this season. Northwestern has struggled to score all season, and the defense has not been strong enough to overcome that like it has been over the last couple of seasons. Rutgers is not terrible, but the Wildcats have not done well against their more competent opponents. With a defense that is terrible against the run, this is a bad matchup for them against Michigan.

The Wolverines were off last week, and that may or may not have been a good thing. They escaped with a three-point win at Nebraska two weeks ago so maybe a breather helps, but when you are on a roll you just want the games to keep coming. This game should be all about the running game. Michigan is ranked in the top ten and Northwestern is not slowing anyone down. If that holds Michigan should have a pretty easy time of it.

Northwestern has been a great underdog play under coach Pat Fitzgerald, but that has been because of their defense. They are just not as strong there this season. Michigan does one thing really well, and that looks like it will be enough to shift the game the way they want it. This is a big number, which I don’t especially like with an offense that is pretty one-dimensional. Both teams keep the clock moving in an easy win for Big Blue.

It has been a miserable month for the Seattle Mariners, and things are unlikely to get any better tonight as they welcome AL Cy Young Award favorite Justin Verlander and the Houston Astros to T-Mobile Park. After just missing out on the MLB playoffs last season, the Mariners entered this season with hopes of finally END_OF_DOCUMENT_TOKEN_TO_BE_REPLACED