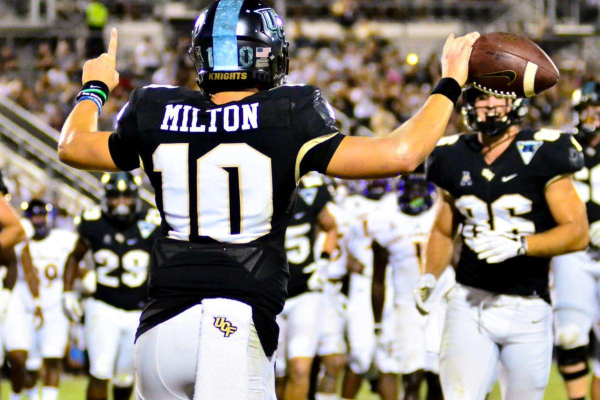 As bowl season starts to wind down with two more full days of action, there is no shortage of news both on and off the field. Let’s check out everything you may have missed over the last week.

After both had rather comfortable wins in the national semi-finals, next week’s national championship game will feature Alabama and Clemson. These two teams have met in the College Football Playoff in each of the last three seasons, including two championship game matchups. The Tide have won two of the three games against the Tigers, including last year’s semi-final game. This will be the fourth meeting in the last four years between the two premier college football programs.

Miami head coach Mark Richt shocked many Sunday night when he announced his retirement. The move comes just a few days after the Hurricanes were crushed by Wisconsin in the Pinstripe Bowl. Richt is still only 58 and has only returned to coach his alma mater the last three seasons. In those three years, Richt was 26-13, including 10-3 in 2017. The Hurricanes were then quick to fill the opening, hiring defensive coordinator Manny Diaz, who recently left to become the head coach at Temple, leaving the Owls with a sudden vacancy.

Get Him Outta Here

Houston also has a sudden head coach opening after firing Major Applewhite on Sunday. Applewhite has coached the Cougars the last two seasons after taking over for Tom Herman. He went 15-10 during those two seasons. However, Houston is fresh off a 70-14 shellacking at the hands of Army in the Armed Forces Bowl. West Virginia’s Dana Holgerson appears to be the leading candidate to become Houston’s next coach.

Unfortunately, one bowl game that wasn’t played was the First Responders Bowl between Boise State and Boston College. Lightning delayed the game in the 1st quarter with Boston College leading 7-0, but when the weather didn’t clear, the game was called off. Having a bowl game canceled is a rare occurrence and hopefully one that won’t be repeated any time soon.

The Oregon Ducks got great news last week when quarterback Justin Herbert announced he would be returning for his senior season in 2019. Herbert likely would have been the top quarterback chosen in next year’s draft. Instead, his return will make him an early Heisman contender and the Ducks early favorites in the Pac-12 next season.

The transfer market (or portal, as it’s officially known) continues to grow. Here are the notable players who announced this past week that they’ll be seeking a new home next season.

Notre Dame’s Brandon Wimbush will look for a place to become the starter next season after getting benched mid-season in favor of Ian Book. Wimbush has supposedly made his decision already, although he’s yet to make it known publicly.

After leading Buffalo to a big season this year, Tyree Jackson has his name in the portal. He is likely seeking a grad transfer to a power conference school, although there’s still a chance that he stays at Buffalo for his final season.

The Texas Longhorns are set to lose both Cameron Rising and Casey Thompson, two freshmen quarterbacks who have put their name in the portal. Both starter Sam Ehlinger and backup Shane Buechele will both have two years of eligibility left, so the youngsters are unlikely to get a chance with the Longhorns any time soon.

After choosing to leave Kansas State, quarterback Alex Delton has landed at UTEP. He will be a grad transfer and eligible right away. Delton started just six games at Kansas State, but he played in 20. At UTEP, he’ll be reunited with Dana Dimel, who formerly served as the offensive coordinator at K-State before becoming head coach of the Miners in 2018. UTEP was 1-11 this past season, so Delton should provide a much-needed spark to the program.

We’ll close with some good news regarding Central Florida quarterback McKenzie Milton. After suffering a gruesome leg injury late in the season, Milton has already undergone four surgeries with a fifth one scheduled for the end of January. However, his recovery process has been positive to this point. More importantly, UCF quarterback coach Jeff Lebby is not ruling out the chance of Milton playing in 2019. He could also redshirt next season and play his senior year in 2020.