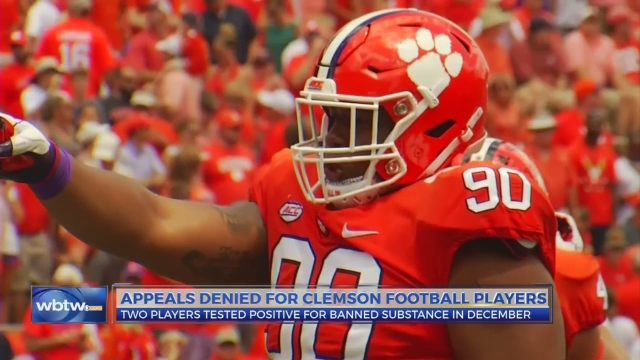 Summer may be upon us, but the college football offseason remains in full swing. This week saw a number of quarterbacks find new homes, among many other headlines. Let’s check out anything you might have missed.

Unfortunately, we have to start with some distressing off-field news. An attorney is preparing a lawsuit against Ohio State University on behalf of over 50 former student-athletes, primarily football players. The lawsuit alleges sexual abuse by former team physician Dr. Richard Strauss. A 232-page report released last week found that Strauss abused at least 177 male students from 1979-1997 both on campus and off campus. The report states Ohio State knew about complaints against Strauss but failed to act in a meaningful way. Strauss killed himself in 2005. Meanwhile, this potentially massive scandal continues to unfold as we try to learn exactly what Ohio State knew and when.

Staying in the Sunshine

Former Florida State quarterback Deoncre Francois has found a new home at Florida Atlantic. Francois has had issues both on and off the field the past couple of seasons. He was finally dismissed in February after his girlfriend posted a video on Instagram alleging physical abuse. That was after a domestic dispute involving Francois was reported. The 2016 ACC Offensive Rookie of the Year will officially be a walk-on grad student at Florida Atlantic, which is coached by Lane Kiffin.

Former Penn State quarterback Tommy Stevens has decided to transfer to Mississippi State. He will be a grad transfer for the Bulldogs in 2019 after being a career backup with the Nittany Lions. Many thought Stevens would end up succeeding Trace McSorley at Penn State, but after the quarterback competition was left open after spring practice, Stevens explored his options. He’ll end up reuniting with former Penn State offensive coordinator Joe Moorhead, who’s now the head coach at Mississippi State. However, he’ll have to beat out Keytaon Thompson for the right to replace Nick Fitzgerald.

Speaking of Moorhead, he was one of two power-5 coaches to receive an extension this week. His new deal at Mississippi State will run through the 2022 season and give him an average salary of $3.2 million, up from $2.75 million on his previous deal. It’s technically a one-year extension from his previous deal, as state law doesn’t allow a contract longer than four years.

Meanwhile, Texas gave Tom Herman a two-year extension in recognition of him leading the Longhorns to a 10-win season that included a spot in the Big 12 Championship Game. Herman is two years into his tenure in Austin and is now under contract through the 2023 season. With the new deal, he will earn $6.5 million in 2022 and $6.75 million in 2023.

The Clemson Tigers will defend their title in 2019 without the help of tight end Braden Galloway and offensive lineman Zach Giella. Both tested positive along with defensive tackle Dexter Lawrence for a banned substance, ostarine, prior to last season’s College Football Playoff. They sat out the two CFP games and have now had their appeal to play in 2019 denied by the NCAA. Galloway is a sophomore while Giella is a senior. Clemson has expressed their disappointment, as the players maintain they didn’t knowingly take ostarine, which is sometimes used in products without being included on the label. In the past, the World Anti-Doping Agency has recommended throwing out tests that indicate trace amounts of ostarine, which was the case with the Clemson players.

An unusual offseason for the Florida Gators continues. This past week, the Gators lost two members of their linebacker corps. First, Kylan Johnson announced that he’s going to Pittsburgh as a grad transfer. Meanwhile, Rayshad Jackson has entered the transfer portal and will look for a new home as a grad transfer. Neither was likely to be a starter in 2019, but both have plenty of playing experience, so seeing both walk away from the program could be a blow to Florida’s depth at linebacker.

Sadly, we’ll close with some bad news. Illinois defensive lineman Bobby Roundtree suffered a spinal cord injury last weekend in a swimming accident near his Florida home. According to the university, Roundtree’s surgery went well, and he is able to “eat and speak normally,” but there is no other update on his condition. Illinois coach Lovie Smith and several assistants traveled to Florida to support Roundtree’s family. Roundtree started 20 games over the past two seasons for Illinois and was honorable mention All-Big Ten last year.