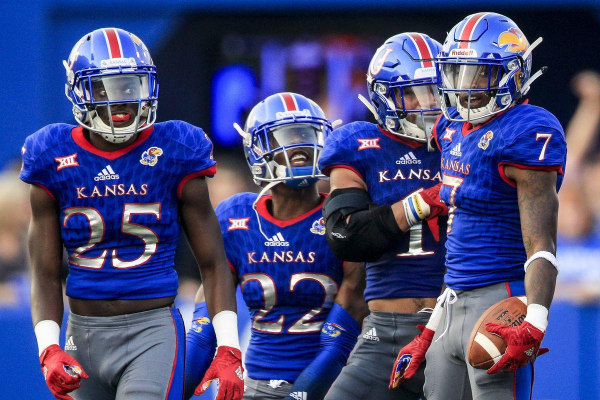 It wasn’t the craziest college football weekend we’ve ever seen, but there were a couple top teams that lost and a few more that were sweating it out. Let’s take a look at all the important headlines from the weekend.

Not Called the Big Easy

“Look Ahead Weekend” in the Big Ten did not disappoint. One week before Michigan and Ohio State meet with a spot in the conference title game on the line, both struggled to put away mediocre teams. Ohio State escaped with an overtime win over Maryland in a game that probably should have lost. Michigan also had a little trouble putting away Indiana before finishing off a 31-20 win. In any event, those two will meet in Columbus next weekend with playoff hopes on the line.

In the Big Game

Two teams punched their tickets to conference championship games over the weekend. With a win over Wake Forest, the Pittsburgh Panthers clinched the ACC Coastal division, setting up a game against Clemson, a team they beat two years ago. Of course, this time a loss will cost the Tigers a spot in the CFP.

In the Pac-12, the Utah Utes wrapped up an incredibly mediocre South division with a win over Colorado and a loss by Arizona State. The Utes, despite losing both their quarterback and starting running back to season-ending injuries, are for real and a legitimate top-25 team. They will play the winner of this week’s Washington vs. Washington State game in the Pac-12 title game.

Longtime LSU head coach Les Miles was announced as the new head coach of the Kansas Jayhawks over the weekend. He will take over after David Beaty coaches his final game at Kansas this weekend. It will be utterly fascinating to see Miles take over the Jayhawks, who have been the laughing stock of the Big 12 and one of the worst power conference teams in the country over the last several years. In his 11 full seasons at LSU, Miles won a national championship, finished in the top-10 five times, finished in the top-25 nine times, and went to a bowl game in all 11 years. If he can’t turn Kansas around, odds are that no one can.

The end of November means coaches getting fired, and a few schools are getting an early start. Colorado has fired coach Mike MacIntyre following the team’s sixth straight loss on Saturday. The Buffalos started the season 5-0 but are now 5-6. If they can beat Cal this weekend, Colorado will actually be bowl eligible, something that’s only happened once during MacIntyre’s six seasons.

Texas State has also fired head coach Everett Withers one game shy of finishing his third season with the Bobcats. During that time, Texas State is 7-18 and 2-21 in Sun Belt play. The Bobcats are currently 3-8, which is actually an improvement over 2-10 records the past two seasons. But it wasn’t enough improvement for Withers to keep his job.

Bowl streaks for some of the most consistent and recognizable programs in the country are on the line this weekend. For starters, the USC Trojans are in danger of missing a bowl for reasons other than NCAA sanctions for the first time since 2000. USC lost to inter-city rival UCLA on Saturday, dropping them to 5-6. They now need to beat Notre Dame or they will be sitting at home during bowl season.

Florida State owns the longest consecutive bowl streak, but that streak remains in jeopardy. The Seminoles needed a late touchdown to beat Boston College on Saturday. However, that win only got them to 5-6 on the season. They need to beat in-state rival Florida this weekend in order to get their sixth win.

Finally, Virginia Tech owns the second-longest bowl streak, one that is in serious trouble The Hokies lost to Miami on Saturday, dropping them to 4-6. First, Virginia Tech needs to beat in-state rival Virginia this weekend. If the Hokies get a win in that game, they have scheduled a conditional game against Marshall for the following weekend to give them a shot at six wins. Both Virginia Tech and Marshall had games canceled due to weather back in September. However, Marshall is already at seven wins and has clinched a bowl spot.