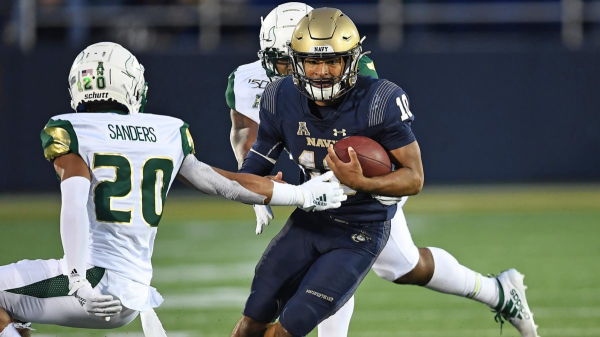 Saturday features one of the most historic rivalries in college football as the Army Black Knights (5-7) and the No. 23 Navy Midshipmen (9-2) will meet for the 120th time at Lincoln Financial Field in Philadelphia. While this is the last game for Army, which didn’t qualify for a bowl game, this is one where all the records and stats can be thrown out the window as this is a game about pride.

The Black Knights have taken the last few matchups, though it was all Midshipmen before that. Navy will look to retake the bragging rights after quite an admirable season. Kickoff for this one is scheduled for 3 pm ET.

The Black Knights come into this one having won just two of their last six contests. In that time, they beat VMI in the middle of November and beat Massachusetts the week before that. They dropped their last game against Hawaii two weeks ago.

Still, this one is all about the bragging rights, so expect Army to come out hungry looking to extend its winning streak over Navy.

For the Midshipmen, this has been a much better year after they went just 3-10 last season. Still, they have unfinished business, as they want to take down Army and then will have Kansas State in the Liberty Bowl on New Year’s Eve. Navy comes into this one having won two in a row, over Houston and SMU, with its last loss coming at Notre Dame.

The Midshipmen come into this one as 10.5-point favorites playing as the home team. The over/under on total points scored is set at 40.5.

Navy is the better of the two teams offensively, ranking 10th in the nation in scoring average at 38.7 points per game. Army is 76th overall, averaging 26.4 points per game. On the ground, though, these are two of the best in the nation, with Navy leading the country with 354.4 yards per game and Army ranking third with 274.3.

On the defensive side of the ball, it is Army that holds the advantage, ranking 39th in the country in allowing opponents just 24.1 points per game. Navy ranks 51st in the nation, allowing an average of 25.9 points per game.

Looking For The Upset

If the Black Knights are going to beat Navy this year, it certainly won’t be easy. Complicating matters for Army is question marks around its starting quarterback, as Kelvin Hopkins Jr., the regular starter, didn’t finish the Hawaii game with an injury. Hopkins’ two backups are also dealing with injuries.

Hopkins has thrown for 570 yards, four touchdowns and five interceptions while also rushing for 706 yards and seven scores, but if he is unable to go, it’s uncertain who will start.

While Hopkins leads the team in rushing, Connor Slomka has the next highest total, running for 637 yards and eight touchdowns.

Just to speak to how infrequently the Knights throw the ball, their leading receiver this year — Camden Harrison — only has 23 catches for 415 yards and three touchdowns. The only other player to eclipse the 100-yard mark is Artice Hobbs IV, who has 13 catches for 335 yards and a score.

When you know that it is the leading rushing team in the nation, it is no surprise that Navy can beat you on the ground in multiple ways. Quarterback Malcolm Perry leads the Midshipmen in rushing with 1,500 yards and 19 touchdowns. He has also thrown for 1,027 yards and six scores.

In addition to Perry, Jamale Carothers can also hurt you out of the backfield, having rushed for 637 yards and 13 scores this season.

Mychal Cooper is the only receiver with double-digit receptions for Navy, making 15 catches for a modest 355 yards and two scores.

With two teams that like to keep it on the ground, it wouldn’t be surprising for this game to be close. The only difference for me, though, comes at the quarterback position. Not only is Perry the better quarterback, but if Army doesn’t even know who will be under center, it could be in a world of hurt.

For my money, I expect Navy to show why it has been the better team all year and to win this one easily. I am taking Navy -10.5.