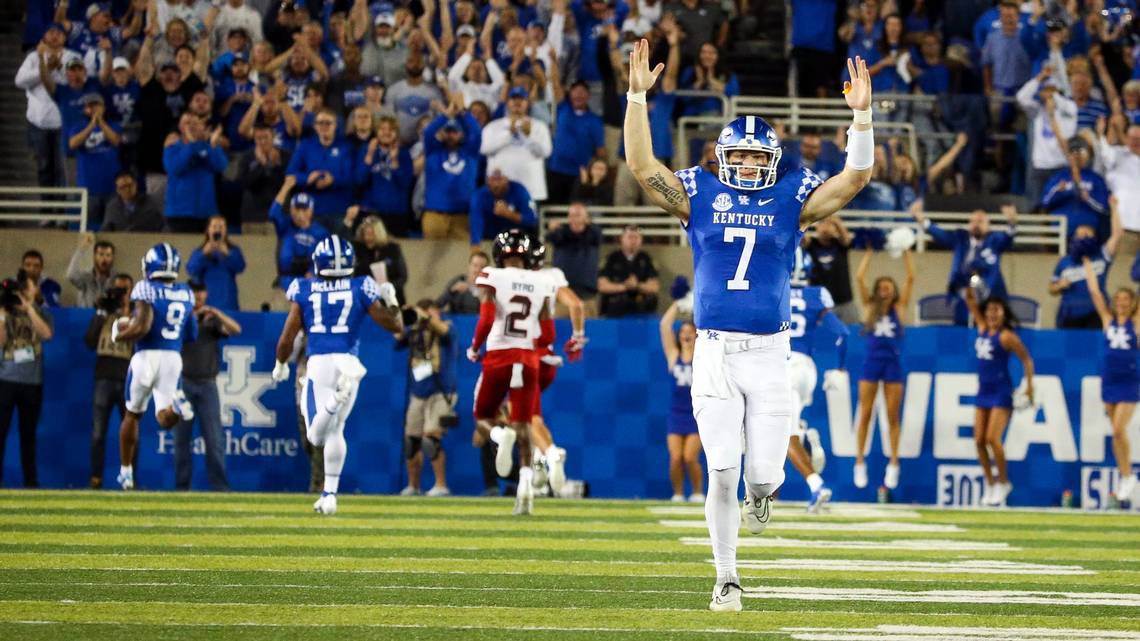 Alabama and Georgia are widely expected to make the College Football Playoff once again this season. But several other SEC teams have high aspirations, and two of them will meet on Saturday in Oxford, Mississippi as Ole Miss welcomes Kentucky to town.

The Wildcats and Rebels carry matching 4-0 marks into this contest, but both teams were challenged more than most would have expected this past weekend.

Kentucky and Northern Illinois were tied at halftime before Big Blue took command with 17 unanswered points on the way to a 31-23 win.

The Rebels started fast but finished slow in their win over Tulsa. Thanks to a 28-point second quarter, Ole Miss led 35-17 at halftime.

But they failed to score in the second half, and Tulsa pulled within eight with 14:38 left. However, they stopped the Golden Hurricane on their final three drives and escaped with a 35-27 win.

The Wildcats already have one notable road win on their resume, as they won 26-16 at Florida to open SEC play over two weeks ago. Will they get another one in Oxford?

Can Kentucky’s defense slow down the Rebels’ prolific rushing attack? If they don’t, it will be a long afternoon for the Wildcats.

Through four games, UK is giving up an average of 3.7 yards per carry, which is more than respectable. But they have yet to face a ground game that is as good as what Ole Miss will bring to the table.

The Rebels are averaging 280.8 rushing yards per game and topped the 300-yard mark against Georgia Tech and Tulsa.

But the Golden Hurricane did a great job of not breaking in the second half, with Ole Miss going punt, fumble, punt, punt, punt in their first five drives of the second half before they were able to run out the final three-plus minutes and preserve the win.

Second Half Drives for Ole Miss vs. Tulsa

If Kentucky can keep Ole Miss’s rushing attack at bay, which they are certainly capable of doing, the scales tip in their favor because they have the edge at quarterback with likely first-round pick Will Levis.

The Wildcats are also getting a major boost on Saturday. They haven’t put up great rushing numbers thus far, averaging 81.5 yards per game and only 2.4 yards per carry.

But star RB Chris Rodriguez Jr., who missed the first four games due to suspension, will be back on Saturday. Last season, Rodriguez ran for 1,379 yards and averaged 6.1 yards per carry, and he finished the year with five straight 100-yard games.

His return gives the Wildcats a lot more balance. And he and Kavosiey Smoke, who did an adequate enough job as the lead back in the first four games, can churn out plenty of yards against an Ole Miss defense that gave up 262 rushing yards against Tulsa.

While the early hype on Florida post-Utah has evaporated, Kentucky’s win in a nighttime game at the Swamp carries a lot of weight, especially because it came without Rodriguez.

Ole Miss has a lot of potential, but there are a lot of questions that have yet to be answered, most notably about Dart’s ability to win games with his arm.

There are fewer questions about Kentucky, and they have already shown that they can win in a hostile environment. I’m backing them to cover here, and I’m throwing a little extra on the ML as I feel confident that they will leave Oxford with the win.