Countdown to College Football is On 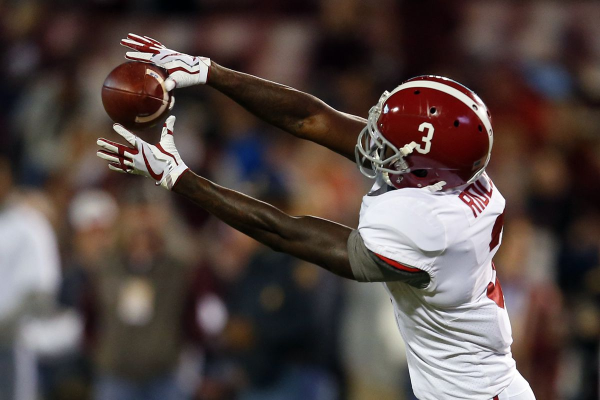 The college football season is so close you can just about taste it. That means that headlines relating to the upcoming season are coming in hard and fast. Let’s try to catch up on all the top stories of the past week.

Auburn announced last week that wide receiver Will Hastings likely won’t be available until the middle of the season after he underwent knee surgery back in the spring. Last season, Hastings hauled in 26 catches for 525 yards and four touchdowns. Junior Eli Stove is in a similar position after tearing his ACL during the spring game. Hastings and Stove both figured to be prominent members of Auburn’s rotation at receiver this season. The Tigers also figure to be a pass-happy team behind quarterback Jarrett Stidham, so missing those two early in the year is a tough blow for Auburn.

On Tuesday, Florida announced that freshman Justin Watkins has been suspended from the team indefinitely. Watkins was a top recruit coming out of high school and expected to contribute to the Florida secondary as a true freshman. However, he was charged Tuesday with felony kidnapping, domestic battery, and misdemeanor battery. He was also arrested in May following an altercation with a female student. With multiple arrests in such a short period of time, new head coach Dan Mullen may want to make an example of Watkins and kick him off the team permanently. For now, he remains suspended from team activities.

One player who was shown the door this past week is Tennessee defensive lineman Ryan Thaxton. In July, Thaxton was arrested and charged with domestic assault and false imprisonment. During a fight with his girlfriend, Thaxton reportedly blocked a doorway to prevent his girlfriend from leaving and then picked her up and carried her against her will to his dorm room. Thaxton redshirted last season, so he did not appear in any games for the Vols.

Michigan State has welcomed linebacker JonReschke back to the program. Reschke left the program after making racially charged statements to a teammate in January 2017. He intended to transfer but did not after suffering a knee injury that kept him out for the 2017 season. He recently received a sixth year of eligibility from the NCAA, opening the door for him to return. Head coach MikeDantonio says he left Reschke’s fate in the hands of his players, in particular, the African American members of the team. The team voted unanimously to allow Reschke to return to the team, although he will not be on scholarship.

Not in the Budget

Money is tight at the University of New Mexico and the athletic department is feeling the brunt of it. Last week, the Board of Regents voted to eliminate four sports while also cutting back on the football budget. According to reports, New Mexico has cut the number of meals being provided to football players, reduced the money available for recruiting trips, and will no longer pay for players to stay in a hotel the night before home games. Obviously, budget cuts, particularly to recruiting, will not help the Logos get back on track after a 3-9 season last year.

In a unique story, Arizona quarterback Khalil Tate admits to purposely influencing the school’s head coach selection with a tweet. In January, Tate tweeted that he “didn’t come to Arizona to run the triple-option,” an obvious reference to Navy coach Ken Niumatalolo, who was a candidate to take over the Wildcats.

Tate says he was acting as a spokesman for the team while Athletic director Dave Heeke says that the feedback of players was one factor that was considered. Of course, how much that one tweet mattered is uncertain. However, it may have worked, as Arizona ultimately hired Kevin Sumlin. Meanwhile, Tate enters the upcoming season as a potential Heisman candidate after a breakout season in 2017.

Unfortunately, we will close on a sad note. Darius Minor, a freshman on the Maine football team, passed away Tuesday after collapsing during a preseason workout. Both trainers who were supervising the workout and first responders were unable to save his life after he collapsed. No other information about his death is available at this time. Players were working out in t-shirts and shorts with temperatures in the mid-80’s. Minor, a native of Virginia, was just 18 years old.