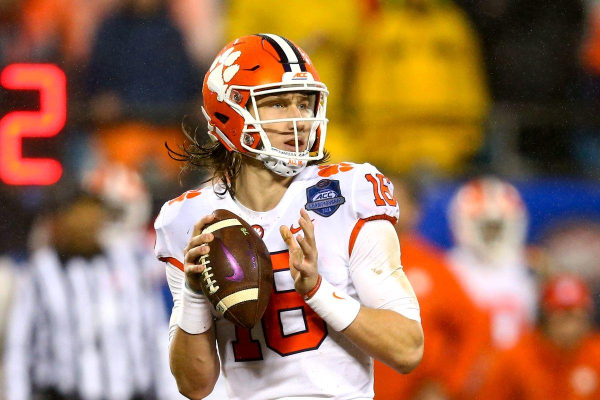 Tomorrow is semifinal day in the national championship playoffs, and the first matchup on the docket is the Notre Dame Fighting Irish (12-0) taking on the Clemson Tigers (13-0) in the Cotton Bowl. The game is being played at AT&T Stadium in Dallas. For Notre Dame, this is their first trip to the college football playoffs. This season saw Notre Dame take down the likes of Michigan, Northwestern and Syracuse en route to a perfect regular season. While impressive, none of those teams stack up to what they will face in Clemson.

For Clemson, their dominant season has seen a disruption over the last few days as a few of their players have been suspended for the game following a positive test for “ostarine.” While all three are impactful, the biggest loss is Dexter Lawrence. The defensive lineman is not expected to be taken in the first round of the 2019 draft, but will likely go earlier rather than later. He is a huge run stopper that will be sorely missed by the front of the Clemson defense. Still, Clemson has shown that it can dominate on both sides of the ball this year and will look to continue that Saturday. Kickoff for the game is scheduled for 4:00 pm ET.

The point spread for this one comes in with the Clemson Tigers as 12-point favorites at the neutral site. The over/under on total points scored is set at 57 points.

Notre Dame Going To Throw The Book At Clemson

Notre Dame’s offense really got rolling after a quarterback switch early in the season to Ian Book. On the season, Book was 197 of 280 for 2,468 passing yards, 19 touchdowns, and 6 interceptions. Book also rushed for 250 yards and 4 touchdowns. The key to their rushing game, though, is Dexter Williams. On the season he rushed for 941 yards and 12 touchdowns on 142 carries. He also had 13 receptions for 104 yards and a touchdown.

The leading receivers for Notre Dame are Miles Boykin and Chase Claypool. Boykin led the team with 54 receptions, 803 yards, and 8 touchdowns. Claypool had 48 receptions, 631 yards, and 4 touchdowns.
The stat leaders on defense are Te’von Coney (107 tackles), Jerry Tillery (7 sacks) and Jalen Elliott (4 interceptions).

It has been hard to argue against Clemson being one of the top teams in the country all year long, and many feel that the only team better is Alabama. All this does is add fuel to Clemson’s fire, and they may take it out on Notre Dame. After a quarterback switch, Trevor Lawrence has been leading the Tigers for most of the season. He has 2,606 yards, 24 touchdowns versus only 4 interceptions. His leading receivers this season have been Tee Higgins and Justyn Ross. For Higgins, he has caught 52 passes for 802 yards and 10 touchdowns. Ross has 34 catches for 699 yards and 6 touchdowns.

The best player on the offense, though, is probably Travis Etienne. The star running back rushed 176 times for 1,464 yards and 21 touchdowns. He also added 10 receptions for 65 yards and another touchdown. Notre Dame will have to find a way to slow Etienne down if they hope to stay in this game.

There are a lot of similarities between these two teams. Despite the similarities, Clemson still seems to be just a bit better. Notre Dame is solid on both sides of the ball, though, and won’t make it easy for Clemson throughout. While Clemson has some marquee names even without Dexter Lawrence in the lineup, I still think his absence is going to hurt. I expect Notre Dame to put up some points and keep it relatively close. I definitely envision Clemson winning, but I like Notre Dame at +12 in this one.