College Football: Counting Down to Camps Opening Up Across the Country 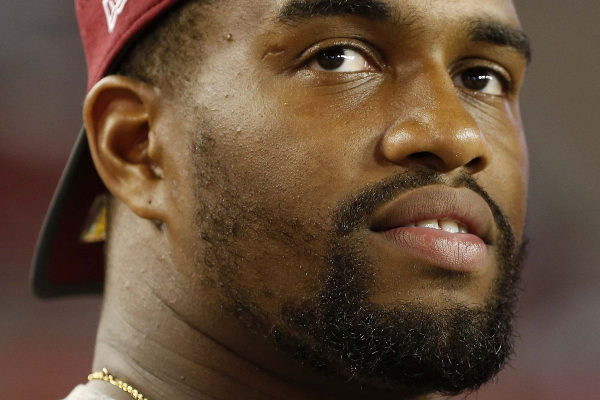 If you’re a college football player, there’s a decent chance you were kicked off your team this week, so you may want to check your texts just in case. This week was littered by college players getting booted for bad behavior, as well as a few other interesting stories. Let’s check it out.

Alabama has dismissed sophomore linebacker VanDarius Cowan from the program for what Nick Saban called a “violation of team rules.” Last week, Cowan was charged with third-degree assault following an incident at a bar. Cowan was a top recruit coming out of high school in 2017 and played in seven games last year as a true freshman. However, he was not in line to be a starter this season.

Alabama also lost linebacker Terrell Lewis this past week, although his absence for the upcoming season will be due to injury. Lewis suffered a torn ACL during offseason training. There’s no timeline for his return, but he’s unlikely to suit up for the Crimson Tide in 2018. Lewis also missed 10 games last year with an arm injury, although he did manage to collect 16 tackles and one sack while starting one game. His absence for the upcoming season could have a noticeable impact on Alabama’s corps of linebackers this season.

A Disturbance in the Secondary

Virginia Tech announced this week that defensive back Mook Reynolds has been dismissed from the program. No specific reason was given, only that Reynolds was in violation of athletic department policies. Reynolds was a key contributor on last year’s defense, posting 70 tackles, including 7.5 for a loss. Earlier this offseason, the Hokies lost starting cornerbacks Adonis Alexander to an academic issue and Jeremy Webb Jr. to a torn Achilles. Before those players were taken out of the picture, Virginia Tech already had seven starters to replace from last year’s defense. Experience and depth are now serious questions throughout the Virginia Tech defense, especially with the Hokies opening the season against Florida State.

The Rutgers Scarlet Knights are trying to one-up everyone by dismissing two players from their program this week. Safety K.J. Gray and linebacker Brendan DeVera were both kicked out of the program for violating team rules. Gray appeared to be in line to be the team’s starting free safety this season. He started four games last year and led the secondary with 58 tackles and two interceptions. DeVera was second on the depth chart at middle linebacker coming out of the spring and could have been a key reserve for the Scarlet Knights this season.

There is a distinct chance that the Air Force football team opens the 2018 season without a defensive coordinator in place. Former coordinator SteveRuss left in January to become the linebackers coach for the Carolina Panthers. Earlier this week, Air Force head coach Troy Calhoun told a crowd that he’s unsure he’ll name an official coordinator before the season. He says the ability of the defensive coaches to collaborate may make it unnecessary. It would certainly be an unorthodox approach, but Calhoun is open to going through the season without one person calling the shots on that side of the ball.

One player leaving on his own volition is SouthernMiss quarterback KeonHoward, who announced his intentions to continue his career elsewhere. Howard began last season as the starter but quickly lost the job to Kwadra Griggs. When Griggs suffered a wrist injury, Howard returned to the starting spot for five more games until Griggs was healthy. Both Howard and Griggs had to deal with junior college transfer Jack Abraham entering the quarterback battle this past spring. Howard also played some wide receiver at Southern Miss, so it remains to be seen whether he’ll be a quarterback when he resumes his career somewhere else.

In the Air Force Now

We’ll close on a positive note. Former Michigan State defensive back JalenWatts–Jackson has decided to leave the Spartans and head to AirForce. However, he will not be joining the Falcons on the football field this fall. He will end his football career in order to become an officer in the Air Force, saying “I am excited to serve this nation.” Watts-Jackson is best remembered as the player who scooped up a botched punt and ran it into the end zone when Michigan State beat Michigan in October 2015. It was always going to be difficult for him to top that moment on the football field, but now he’s set for far more important work.