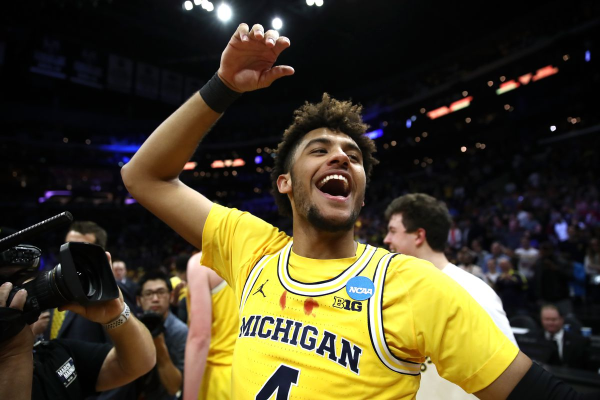 We will have a couple big Big Ten battles today but none is bigger than the Saturday night meeting between the Wisconsin Badgers and the Michigan Wolverines. The Badgers come into Ann Arbor ranked #15 in the nation and the Wolverines currently sit at #12 in the nation.

The Badgers have had one slight hiccup on their way to a 4-1 record, while the Wolverines dropped a season opener to Notre Dame.  This is going to be, on paper, both teams toughest game to date. Wisconsin is in the lead of the West division, and they look like they are going to roll to win that side while Michigan is tied with Ohio State and look to continue their undefeated run in the BigTen. They aren’t expecting a ton of offense in this one as the over/under is set at 49 points. Michigan is favored in this one by ten points.

Wisconsin Looking to Defend to Win

Wisconsin has easily handled the opponents on their schedule besides BYU. The current three loss BYU Cougars came into Wisconsin in week three and stole a win 24-21. The closest game that Wisconsin has played other than the BYU game was Iowa, a 28-17 win. Wisconsin has routed Nebraska, New Mexico, and Western Kentucky. Wisconsin is scoring 33.8 points a game and allowing 16.4 points a game. The offense has been motoring along as they gain 480.2 yards a game.

Michigan is 5-1 on the season and has only had trouble with one team on their schedule. In week four, the Wolverines escaped with a win at Northwestern 20-17. That game was the only time this year where the Wolverines won by less than 21 points. Michigan’s defense has been their strong suit this year as they have only allowed 230.5 yards a game and less than 100 rushing yards a game.

The Wolverines are 1stin football allowing defensive yards. They are six yards ahead of the next best team. They rank 1stin passing yards allowed with 134 a game. Shea Patterson has been serviceable for them as he has thrown for 1,187 yards and 10 touchdowns. The Wolverines score 38.3 points a game and Patterson is a big part of that extending plays and making things happen.

Maize and Blue For the Win

Wisconsin really needs this win to keep their playoff hopes alive. They are going to come into Ann Arbor hungry and looking to make things happen. This is the first big test for Michigan so they are really going to have to stay patient. Wisconsin has the ability to rattle off big plays, something that Michigan doesn’t allow.

Wisconsin is going to have to get the running game going early so that they can open it up and throw the ball. Michigan’s defense is going to be flying around the field so it will be tough for Wisconsin to get going. The Michigan offense is really going to need a fast start to get some pressure on Wisconsin to make plays on their own. Take Michigan to come in and shut Wisconsin down and beat them by 10