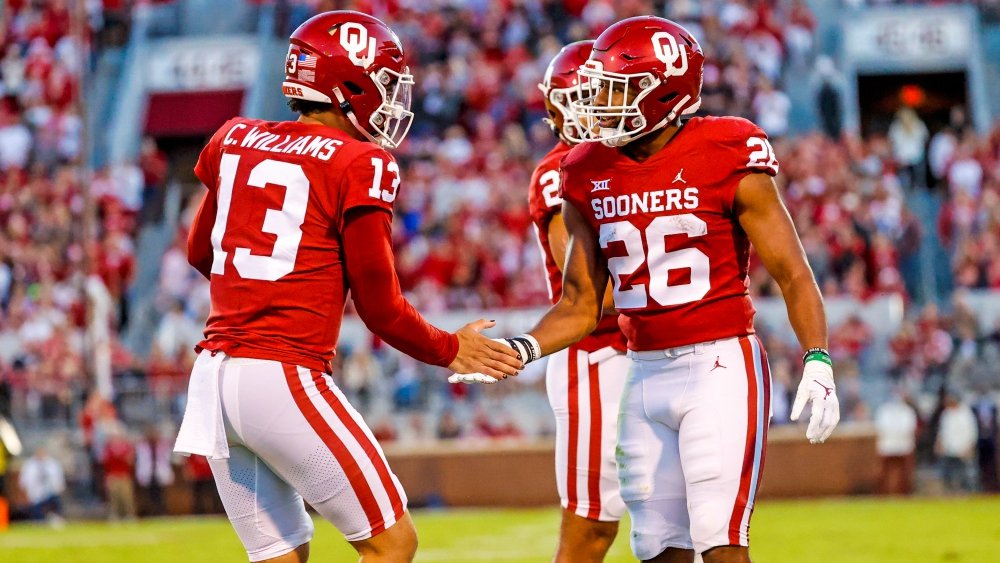 Neither Oklahoma nor Oregon would have envisioned playing in the Alamo Bowl this season, but it has given us one of the more high-profile matchups of bowl season.

With a couple of weeks left in the season, Oklahoma and Oregon were both in the mix to make the College Football Playoff. In addition to falling short of the CFP, both proud programs lost their head coach, as Lincoln Riley left Oklahoma for USC and Mario Cristobal departed Oregon for Miami.

For Oklahoma, they had a wild season even though they lost only twice along the way. They opened the season with the Heisman favorite in Spencer Rattler, who was benched and has since transferred to South Carolina. Still, they were in contention for the CFP until late-season losses to Baylor and Oklahoma State.

With all of the changes off the field it is hard to know what to expect from these teams in San Antonio.

The Ducks will be led by former Georgia defensive coordinator Dan Lanning next season, but Bryan McClendon, who will be joining Cristobal as Miami’s wide receivers coach, is the interim head coach for the Alamo Bowl. Among Oregon’s missing names is top NFL Draft prospect Kayvon Thibodeaux, who may the top pick next April.

The Sooners have turned to former head coach Bob Stoops to lead the team in the bowl game, with his former longtime defensive coordinator Brent Venables set to take over in Norman. Oklahoma will be missing a number of players due to opt outs and transfers, but they still have fantastic freshman QB Caleb Williams.

All season long the Ducks have not been sure what they are going to get from their offense. They want to be physical and run the ball, which was an extension of their head coach. But with all the changes they have had, it is hard to know how they are going to attack.

No matter what they decide won’t change the fact that QB Anthony Brown has not been very good this season. I thought they would get a lot more out of the Boston College transfer.

The QB situation for Oklahoma is definitely better, and a major advantage. While Rattler was a disappointment this season, his struggles opened the door for Williams. It is hard to find a QB with better tools, though after a hot start, defenses eventually caught up to him. That said, I like Williams to produce a winning performance.

The Alamo Bowl will come down to which team can find something that is working the fastest. Williams gives Oklahoma a greater margin for error and so does Stoops.

If they did not have all of the off-field changes, Oregon would matchup very well with Oklahoma. But there are just more unknowns with the Ducks that make it hard to back them against Williams and the Sooners.

The 2022 French Open is underway at Stade Roland Garros in Paris, France, and we are already almost through the first week of play. Tomorrow, the remaining third-round matches will take place, after which the men’s and women’s singles draws will be down to their final 16 contenders. In both men’s and women’s singles, there END_OF_DOCUMENT_TOKEN_TO_BE_REPLACED