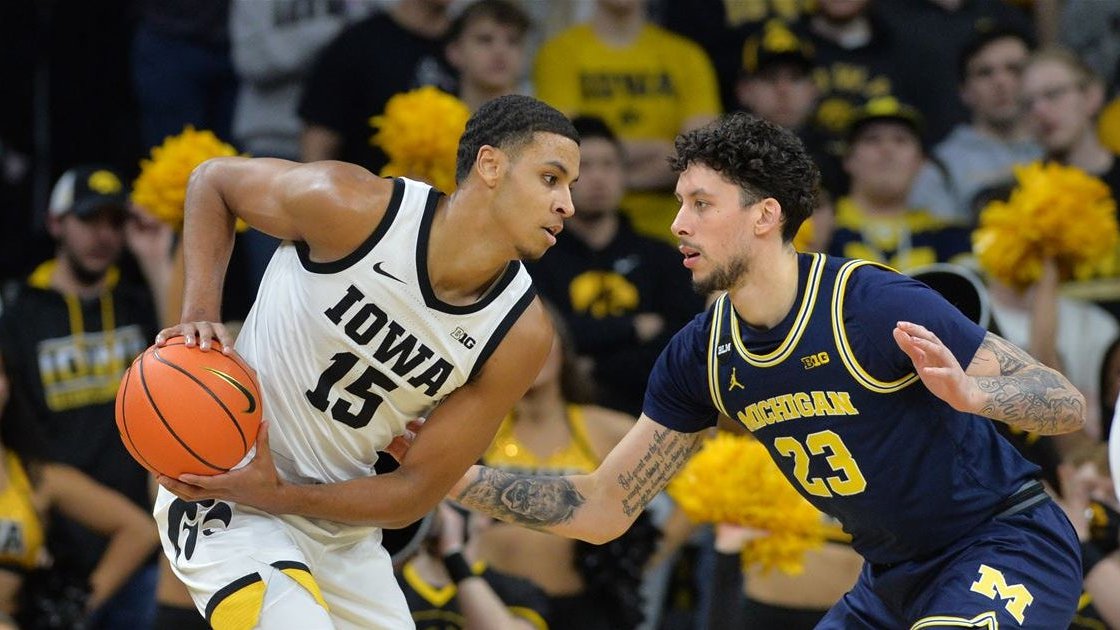 Recently, we took a look at a few potential March Madness sleepers who were worth a look ahead of the final stretch of the college basketball season.

Villanova, Arkansas Out of Sleeper Territory

Since that initial look, Villanova’s odds have shortened to +1800. Entering the first round, the Wildcats are level with Purdue and Tennessee with the eighth-best odds to cut down the nets.

So, it is safe to say that the Big East tournament champs are not a sleeper at this point. In fact, our South Region predictions back Villanova to beat out top seed Arizona and others to reach the Final Four.

Arkansas, meanwhile, sits at +6600. which places them 16th in the field. The Razorbacks were upset by Texas A&M in the SEC Tournament semifinals, but they are still one of the hottest teams in the country. Going into their first-round matchup with West Region foe Vermont, the Hogs are 15-3 in their past 18 games.

Odds wise, Arkansas is still in sleeper territory, but it’s hard to look at anyone on the #4 line or better as too much of a sleeper, even in a region that has the tournament favorite in Gonzaga. So, at this point, they won’t be sneaking up on anyone if they make a run in March.

Oregon Out of the March Madness Field After Faltering in February

As for Oregon, the Ducks would have been set with a strong finish. Instead, they dropped six of their final eight regular season games. As a result, they needed to win the Pac-12 Tournament to earn a berth.

But after downing rival Oregon State in the first round, the Ducks, the tournament’s #5 seed, fell 80-69 to fourth-seeded Colorado. As a result, the Ducks are not dancing this year.

So, as Selection Sunday approaches, which teams should be getting a look as sleeper picks to go deep in the 2022 NCAA Men’s Basketball Tournament? Below, we look at a few teams, along with their March Madness odds.

All listed odds are via BetMGM.

Iowa has not advanced to the Sweet Sixteen since 1999, when Dr. Tom Davis led the Hawkeyes to that round while on the way out of the door.

Was Iowa cursed for parting with its all-time winningest coach? Maybe. Maybe not. But they might as well have been.

The Hawkeyes have had some good teams in the years since, especially under current coach Fran McCaffery, who has led the program to five NCAA Tournament appearances in the previous seven tournaments.

But they were dumped out by Oregon last season as a #2 seed, and who can forget their first-round upset loss at the hands of #14 seed Northwestern State in 2006? Look away now, Iowa fans.

But this year’s Iowa team has the potential to break that streak, curse, whatever you wish to call it. At the end of January, that might have been a far-fetched statement. At this point, however, it is not.

On January 31, the Hawkeyes were 14-7 overall and 4-6 in the Big Ten after a double-overtime loss at Penn State. Since then, they have won nine of 11 games, losing only at home against Michigan and at Illinois.

With their hot streak, Iowa finished tied for fourth in the Big Ten standings. As the fifth seed in the Big Ten Tournament, the Hawkeyes defeated #4 seed Rutgers, #9 seed Indiana, and #3 seed Purdue to win their first conference tournament crown since 2006.

In Keegan Murray (23.6 PPG, 8.6 RPG, 2.0 BPG, 1.3 steals per game) is the kind of star talent that can take you a long way in March. But the Hawkeyes have four double-digit scorers in all and are not a one-dimensional team.

The Hawkeyes may be a #5 seed, but there are not 20 teams in the country better than Iowa. This will be a very, very dangerous team to contend with in the Midwest Region. Their Sweet Sixteen drought should come to an end, and it would not be a surprise to see them push Kansas all the way–or even beat the Jayhawks.

The Huskies landed the #5 seed in the West Region, which somewhat dampens their prospects for a run. Arkansas would be a tough matchup in the second round, while they would likely have the unenviable task of facing Gonzaga in the Sweet Sixteen if they make it that far.

But the Huskies aren’t to be dismissed. Of the four losses that SEC regular season champion Auburn has, the only non-conference loss was to UConn. The Huskies beat the Tigers 115-109 in double overtime on November 24, surviving 24 turnovers to get the win at the Battle 4 Atlantis in the Bahamas.

UConn is second behind TCU in offensive rebound percentage and third behind South Carolina State and Buffalo in offensive rebounds per game. Being able to extend possessions and generate extra opportunities so well will make them tough to contend with in the Big Dance.

Providence won the Big East regular season title, but Ed Cooley’s Friars are not getting a lot of love as a potential contender.

Typically, a team with a 25-5 record and a regular season title in a top conference would be earmarked for a deep run in March, right? But the metrics didn’t love Providence, who scored only a #4 seed in the Midwest Region and are pegged by many to exit the tournament on the first weekend.

However, this team won the Big East regular season title for a reason. And while Villanova did sweep them in the regular season, both games went down to the final minute. And in non-conference play, they beat Texas Tech at home and won at Wisconsin.

Providence is 11-2 in games decided by five or fewer points–the two losses are their losses to Villanova–and 3-0 in overtime games. They added to their stellar record in close games by rallying to edge Butler in the Big East quarters. However, they were blown out by Creighton in the semis, which raised some doubt about whether or not they would even stay on the #4 line.

But this is a very experienced team, as all of their main contributors are either juniors or seniors. That kind of experience and success in close games can be vital in March. Doubt them at your peril.

The Tigers have been hot since coach Penny Hardaway ranted at the media after a loss to SMU dropped them to 9-8. Since then, they are 12-2 with two wins over Houston, who won the AAC’s regular season and tournament titles.

As Selection Sunday approached, it looked like the Tigers would be a double-digit seed even as they reached the AAC Tournament championship game. But they are the #9 seed in the West and will face Boise State in the first round.

Ultimately, it would have worked out better had Memphis been seeded lower. Now they face a matchup with Gonzaga if they beat the Broncos. Anything can happen, especially when you are on a good run. But a matchup against a #2 or #3 seed would be more favorable than a matchup against the Zags.

Who knows which Michigan team will show up in the NCAA Tournament? Will it be the one that dominated Indiana for almost 30 minutes and led by 17 with almost 11 minutes left? Or will it be the one that was outscored 31-9 from that point and lost a game that would have all but locked down their place in the field?

If it’s the former, the Wolverines have the goods to reach the second weekend and beyond. Like Memphis, they stand to be a very, very dangerous double-digit seed. But that is a big if.

With a winning record in the Big Ten and a number of good wins, Michigan did earn their place in the field of 68. But will their stay end with their first-round matchup with Colorado State? They will need to overcome the absence of starting point guard DeVante’ Jones.

Shaka Smart’s Golden Eagles dropped six of their last ten games before Selection Sunday to hurt their seeding. But they have played a tough schedule this season and own some excellent wins. They swept Villanova, beat Providence by 32, and downed Illinois in non-conference play.

Marquette is the #9 seed in the East Region and will face North Carolina in the first round. That is certainly a winnable game for the Golden Eagles. But can they put a scare into top seed Baylor in the second round? They might need to play a perfect game against the Bears, but they won’t go in scared after facing a strong schedule this season.

A run to the Final Four might be beyond Niko Medved’s Rams. But if Colorado State advances to the second weekend, it will not be a surprise.

Boise State won the Mountain West regular season and tournament titles, San Diego State is the top-rated team at KenPom and in the NET, and Wyoming, who fell in the First Four to Indiana, also made the tournament.

But the Rams are the MWC team ranked in the major polls, went 4-3 against the conference’s other likely NCAA Tournament teams (Boise State, San Diego State, and Wyoming), and beat Creighton, Saint Mary’s, and Mississippi State as part of an 11-0 start to the season.

David Roddy, the MWC Player of the Year, is an all-around talent and could be a March darling. Roddy is built like an NFL outside linebacker, is averaging 19.4 points per game, leads the Rams in rebounding (7.6 RPG) and blocks (1.1 BPG), averages 2.8 assists and 1.2 steals per game, and enters the NCAA Tournament shooting 57.4 percent from the field and 45.5 percent from three.

Tonight, the most pivotal game of the 2022 NBA Eastern Conference finals takes place in Boston, with the Miami Heat taking a 2-1 series lead into their matchup with the Celtics. In Game 3 on Saturday, the Heat took control early, outscoring the Celtics 39-18 in the first quarter and leading by as many as END_OF_DOCUMENT_TOKEN_TO_BE_REPLACED