#3 Milwaukee Bucks vs #5 Atlanta Hawks Betting Preview: Is the Bucks Path Clear to the Finals or Does Trae Young Still Have Something Left? 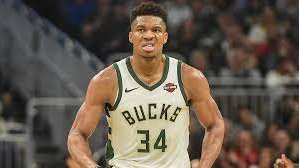 Coming into the NBA playoffs, few would have expected to see a Bucks vs Hawks matchup in the Eastern Conference finals. But these two teams have earned their spots the hard way, outlasting the top two seeds in the East in seven games.

I haven’t run the math but I have to think that it is not very often we get a Conference Finals where both teams needed seven games in the previous round to advance. The fact that both teams won Game 7 on the road too has to make this a very unique series as well. We are in some rare territory so let’s hope Milwaukee and Atlanta can back it up.

On a slightly personal note, I am not disappointed at all to see Brooklyn and Philadelphia watching from the sidelines. Those are both two tough teams to root for. Philadelphia quite simply fell apart while the Nets will pin it on injuries I am sure. Their offseasons will be very different.

Milwaukee was not always great against the Nets, but they were always very gritty. In the games they won, they were more committed to making sure their star players, Giannis and Khris Middleton were in the middle of all the action. I like that kind of commitment and desperation. In a playoff series, things get very tight and familiar so as much as that creates opportunities for peripheral players you have to commit to not getting sucked into the trap. Milwaukee had a great series win, and even if they lost it wasn’t going to be because of Bryn Forbes. Now they are back in the favorite role and Atlanta poses very different challenges.

Atlanta’s path has been very different. In the first round, they were definitely the better team against New York. However, against Philadelphia, I think it is fair to say that they were good enough so that Philly could crumble. Atlanta’s Trae Young is a fascinating player. In watching him up close for a bunch of games in a row, you can see how a team could ride him all the way to the promised land, but you can also see how sometimes he makes things more difficult than they need to be. He was missing the mark for most of Game 7, but he had the confidence to still take the shots he is supposed to (sorry Ben!). The surrounding talent is good but not elite. As I said, the Hawks gave the 76ers the chance to lose…and Philly took it.

During the regular season, Milwaukee had the edge winning two of three games including once in Atlanta. The first game was an over with the Bucks scoring 129 points in the win. The following two were lower, and then even lower scoring. Atlanta took the most recent game beating Milwaukee by 7 at home in April. I never put too much into the regular season results because there is so much context there that is hard to recall. In this case, the thing I am taking the most is that there is no reason for either team to think they can’t compete.

Milwaukee is definitely not a surprise to be in the Conference Finals but at the beginning of the season, Atlanta was probably not even a playoff team. Their good story under Nate McMillan continues and they should continue to play nice and easy, the way they have been throughout the season. For the Bucks, they now have the pressure back on them. I am not sure they are out of the woods yet in terms of the safety of their coach, especially if they are not in control of the series most of the time. That is what I am expecting. I think we will get a good game or two but not the drama that either team had in their last series.

Bucks vs Hawks series odds are via FanDuel Sportsbook as of Monday, June 21 at 7:15 pm ET.

I did not predict the Hawks to beat the 76ers. I thought they would compete and maybe steal a game, not the whole series. As a result, I did not see much value in the series options for Atlanta.

I am approaching this series the same way, though that doesn’t mean I am right. I am just not seeing how Atlanta finds a way to consistently slow down Giannis and consistently get Trae Young going enough to win as they did in the last round.

Looking at the odds for this one it comes down to how many games you think Atlanta can win. The prices say they expect the Bucks to win in five, but if you think the series plays out otherwise, stacking those other outcomes, all at +400 odds could be a way to lock in some profit. Regardless of location, I think the Bucks are going to be favored in every game in the series. As a result, there are some great hedging opportunities out there if you need them. You could take Milwaukee to to sweep, hedge the first four games on the ML (assuming wins by Milwaukee) and still make a small profit. It is a lot of mechanics, but I think that works.

Giannis and Young are the biggest factors in the series. I think Young would have to dramatically outplay the Greek Freak to turn the tide in favor of the Hawks. That is a tough call to make.

Finding the Jrueth – The Bucks are in the Eastern Conference Finals, so you can’t call the trade for Jrue Holiday a bust right now. At the same time, you can’t say they have gotten everything they were looking for either. Holiday is a very good player and I love his commitment to defense, but the overall production has not been there. In this series he has the most important defensive assignment in guarding Trae Young, a matchup where his strength will be a big advantage. He should also be able to take advantage of Young when the Bucks are on offense so how he plays will be critical to whether they win or lose. I am expecting him to be really good.

Play Your Game – Against the Nets, the Bucks were playing a chess match style of game. Against Atlanta, they can get back to playing with a little more pace and shooting it a little more frequently. It is a reset to what they do so well during the season, and there is every reason to think it can work against the Hawks since it did twice during the regular season. The Bucks shouldn’t need to grind as much against Atlanta. Playing with more flow makes Giannis even more of a weapon.

Land the First Punch – They start the series at home which helps, but the Bucks have to be aware that the Hawks have twice won a series opener on the road in these playoffs. While Milwaukee was certainly able to rebound against Brooklyn, I can see the Hawks stumbling if the Bucks can get the series going the way they want from the first tip.

Announce Your Presence With Authority – Similar to the point above Atlanta has a formula for taking down opponents as the higher seed. Taking that first game to immediately put the pressure on their opponent. Not only does it do that, but it immediately proves to themselves that they can win in the opponent’s building too. Atlanta has been amazingly successful on the road in these playoffs. I am not sure winning in Milwaukee is any tougher than winning in Philadelphia or New York but they have to get off to a good start.

Good Trae Young – That is what we have seen for most of these playoffs. In the Game 7 win against Philly, he did not shoot it well, even if he did make some very big buckets late in the game as they sealed the win. Given his body and style of play, I think it is fair to wonder if he might be getting worn down. This is his first time in the playoffs so he has never had to play at such a high level for so long in the NBA. His efficiency was a lot lower against Philly than it was in the opening round against New York.

It could be a better strategy or better defenders, but I think fatigue is a factor too. Young’s burden might even be greater than any one player left in these playoffs and the Hawks are going to fade badly if he is off his game.

Defense vs. Offense– While Young is always the swing factor for Atlanta they are going to have to make harder choices in terms of putting more defensive-minded or offensively talented groups on the floor. Against Philadelphia, it was all just about slowing down Joel Embiid, and they got bailed out by not having to guard certain players. Against Milwaukee, it is going to be trickier. If they are getting killed on defense that makes it hard for guys like Danilo Gallinari and Lou Williams to get on the floor. Both were critical players for stretches against Philly. Essentially this series may highlight that the Hawks do not have strong two-way players and that their best one, DeAndre Hunter, is going to be watching from the sidelines. They have to find some balance and some things that will work or else Milwaukee will run them off the floor.