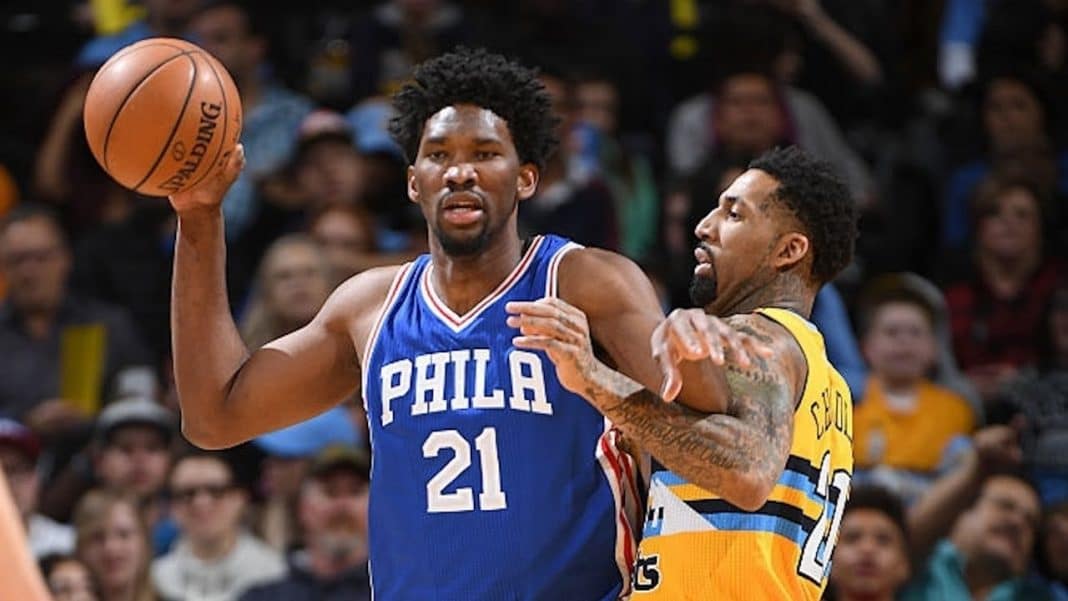 The Philadelphia 76ers are off to a hot start under new coach Doc Rivers. The same cannot be said for the Denver Nuggets, who came into the season with a lot of hype after a run to the Western Conference finals but have disappointed so far. Who will come out on top when the two teams tangle in Philly in today’s early game? The 76ers (7-2) are set to take on the Nuggets (3-5) at 3:00 pm ET on NBA TV, looking to maintain the league’s best record.

There is concern that the game will not go ahead due to the 76ers potentially being short of the required minimum of eight available players due to a combination of injuries and COVID-related issues, but if it does, the hosts could be shorthanded regardless. If they are, this represents a good chance for the Nuggets to pick up a road win that could kickstart a much-needed run.

That said, they are starting to fare better, allowing 113.8 points per game in the last four after allowing 120.3 in the first four. Those last four games have all been without Michael Porter, Jr., who has not played since December 29 due to COVID protocols and has now been ruled out indefinitely. Porter was off to an excellent start, averaging 19.5 points and 6.8 rebounds, but his +/- comes in at an unsightly -21. In his absence, Jamal Murray and Nikola Jokic have combined for four 30+ point games in a row between them after neither hit that mark in the first four games.

Last time out, the Nuggets went down at home to Dallas, losing 124-117 in overtime. Jokic had 38 points and 11 rebounds, but the hosts let a double-digit lead slip. Jokic is averaging a triple-double thus far with a stat line of 25.9 ppg/11.6 rpg/10.9 apg, all of which outpace his career highs. A game against a shorthanded Sixers squad would present a good chance for Jokic and Murray to both have a big scoring output in the same game, which has yet to happen this season.

It has been a fine start for Doc Rivers and the Sixers, who are a perfect 5-0 at home. They did lose Thursday night at Brooklyn to end a five-game winning streak, but they still boast the league’s best record.

Two of the biggest reasons for the early start beyond their existing core are guards Seth Curry and Shake Milton. Curry, who is on his seventh NBA team after signing with the Sixers in the offseason, is averaging 17 points per game and shooting a blistering 59.5% from three, which gives him bragging rights over brother Steph–shooting a lowly 35.6%–for the moment. Milton has taken on an expanded role in his third year with the team after averaging 9.4 ppg last season. He is making the most of his new role, averaging 14.1 ppg in 25.9 minutes per game. The only thing that needs to improve for Milton is his outside shooting, as he is shooting only 27.5% from deep after shooting 43% from there last season.

The big question mark for Philly is who will be available if they do play this game. As of this article, they have only six players who are definitely available: big men Tony Bradley and Dwight Howard and guards Isaiah Joe, Dakota Mathias, Tyrese Maxey, and Ben Simmons. Simmons is the only starter in that bunch. Curry, another starter, is definitely out due to a positive COVID test that caused him to miss the loss to the Nets. The other three starters, Joel Embiid, Tobias Harris, and Danny Green are all questionable while they wait for the all-clear, as is Milton.

Odds are unavailable due to the uncertain nature of the game. If the Sixers had everyone available, they would undoubtedly be favored. But if the Nuggets have to take on a short-handed team, they would likely be a solid favorite unless the likes of Embiid and Harris are available. Don’t expect them to take it easy on the Sixers out of kindness though, as they need the win and need to get a hot streak going.

Given that there are so many unknowns about who will be able to suit up for Philly if they are able to play, no tips can be given with a lot of weight behind them. However, this could be a good day to cash a Ben Simmons scoring prop if any pop-up, because he might well have to buck from his usual habits and take on a scoring load if Embiid and others are not available.

After extending their hot and San Diego’s cold streak, the Seattle Mariners will be looking to leave Petco Park with a two-game sweep as they take on the Padres this afternoon. Yesterday, the Mariners pounded out a dozen hits and plated eight runs, and Chris Flexen pitched 6.2 shutout innings to collect his third straight END_OF_DOCUMENT_TOKEN_TO_BE_REPLACED