No Shortage Of Storylines for the 2019 NBA Finals 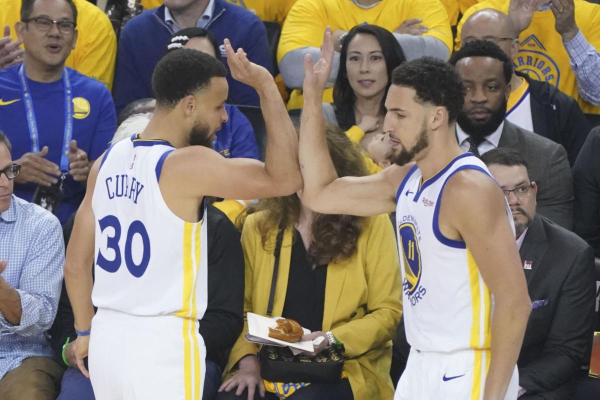 This year’s 2019 NBA Finals might not have the star power of past years, but there is no shortage of storylines. A first-year head coach in Nick Nurse taking his team to the Finals, a team losing their top scorer in Kevin Durant, and the first time in franchise history the Raptors have ever made an NBA Finals—you already know these headlines; let’s talk what really matters: what are the breakdowns for the most crucial bets on the board?

Betting a series is all about value. If you think you’re getting a dog at a great price, go ahead and shoot; the same is true for a favorite. This series, before even coming into it, we already knew that the Warriors would be healthy favorites over either team to leave the Eastern Conference, this fact based on projected series prices alone.

As it currently stands, depending on the marketplace, most outs have the series at Golden State -375 and the Raptors at a hefty +315. On those numbers alone, there is an implied 79-percent advantage for the Dubs, leaving the Raptors to face inevitable extinction—assuming you think those numbers portend their fate, of course.

The first game sets the tone for how the action is expected to play out in the minds of bettors. Depending on the marketplace, the Raptors opened as +1.5-point dogs to the Warriors at -1.5. When it comes to covering sides, both teams have been on the opposite ends of the spectrum as of late.

The Warriors have been on a tear. Despite losing their leading scorer in Kevin Durant, they haven’t missed a beat. In fact, recent comments by Durant from media have led some to speculate that they might actually be more of an efficient offense sans the Durant Iso-Ball style of offense.

Losing a ball-dominant isolation scorer in Durant has led to the Warriors playing their pre-Durant style of relying on Klay Thompson and Stephen Curry carrying the scoring load, with Draymond Green serving as the spark plug on both sides of the ball.

WIth Durant, this line would probably be more in the 4.5-5.5 point range, and the Warriors would likely be heavier favorites. The Raptors feature a deep team with Kawhi Leonard leading the way, flanked by Kyle Lowry and Pascal Siakam, amongst others. With both teams featuring a lot of pace, and a lot of scoring, it’s no shock the virtual pick ’em line is in play. But it also indicates high-scoring affairs as well.

Totals aren’t always the sexiest of bets, but they are certainly the most popular. At a healthy 215 points for Game 1, bettors have not been shy about slamming the over. In most markets, the number jumped from 214 to 215, and it jumped quickly. Unless action comes from the other direction, it’s very likely this number could continue to climb.

Given both teams are fast-paced and like the long ball, it’s no shock oddsmakers set a rather high total.

Exotic bets on series aren’t always the most popular, but there are some to keep an eye on, namely, Finals MVP. So far, Steph Curry is the favorite at +175, with Kevin Durant a respectable +300, and Kawhi Leonard at +500. It should be noted: despite being the favorite, Steph Curry has never won a Finals MVP award. Durant and Leonard have Finals MVP honors on their NBA resumes.

Action will continue to move, but wherever your action happens to be, there will undoubtedly be action on the hardwood as this series unfolds starting May 30.