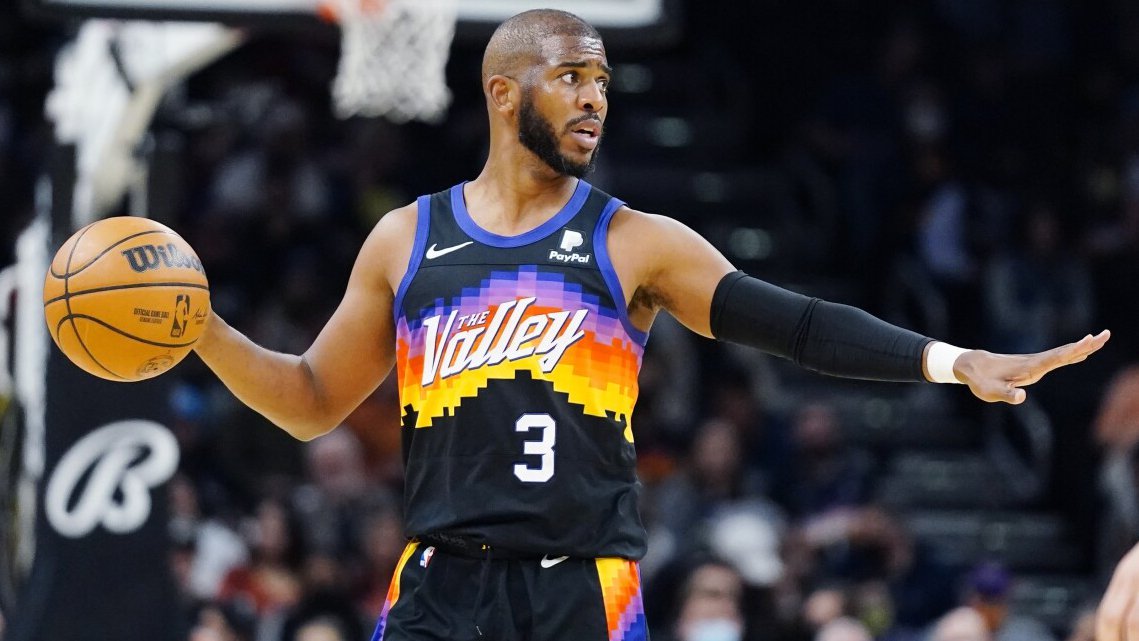 The 2021-22 NBA Playoffs continue on Tuesday, April 19 with the Game 2 matchup of the New Orleans Pelicans vs. Phoenix Suns series.

The Suns looked strong in Game 1, defeating the Pelicans by a score of 110-99 to take the 1-0 series lead. Chris Paul led the way with 30 points and Phoenix will likely turn to him once again in hopes that the team can take the 2-0 lead.

Meanwhile, the Pelicans have won only one playoff series in the last decade. They’ll be in danger of continuing that streak unless their top players show up tonight.

Here’s a preview of tonight’s Pelicans vs. Suns Game 2, including a prediction, as well as the best bet and prop pick to make.

Can Pelicans Continue Momentum From Second Half of Game 1?

One of the Pelicans’ biggest struggles in Game 1 was that they started off the contest slowly, getting outscored by the Suns, 53-34, in the first half.

CJ McCollum led all New Orleans players with a 25-point effort in the first game. He could afford to take some better shots after having gone 9-of-25 on his attempted field goals. He shot .460 from the field during the regular season, so expect McCollum to make better attempts tonight.

The Pelicans will also hope for a bounce-back performance from Brandon Ingram, who finished Game 1 with 18 points, five rebounds and four assists with a .353 field-goal rating. The Suns’ interior defense has been a challenge for him, but he must figure it out if he wants to give New Orleans a fighting chance.

Although his .333 FG% in Game 1 was below his standard, Jonas Valanciunas had a monster 18-point, 25-rebound performance in 30 minutes of action. His efforts helped the Pelicans out-rebound the Suns, 55-35, and that trend must continue if New Orleans hopes to exit Phoenix with at least one win.

Can the Suns’ Big 3 Continue Their Momentum?

Sometimes, star players can disappear at crucial times in the NBA Playoffs. That wasn’t the case for the Suns on Sunday night.

The ‘Big 3’ trio of Chris Paul, Devin Booker and Deandre Ayton combined for 76 of Phoenix’s 110 points. As mentioned before, Paul was the standout of the bunch with his 30-point performance, adding 10 assists for the double-double.

Beyond that, Paul made his presence felt with seven rebounds and four blocks while shooting 12-of-16 from the field, showing that the ‘Point God’ can still do it all.

Booker wasn’t too far behind Paul with 25 of his own points, going 8-of-19 from the field and 4-of-8 from the three-point line in 40 minutes. He now has at least 25 points in 12 of his last 13 games, so expect more of the same from him going forward.

Meanwhile, Ayton finished with 21 points and a .667 field-goal percentage. However, he also only recorded nine rebounds — below the 10.2 he averaged this season. If the Suns are going to continue their dominance, Ayton needs to win those rebounding battles more often.

Another performance like the Suns had in Game 1 would certainly solidify their NBA Championship odds (+200 on FanDuel Sportsbook, BetRivers and Caesars Sportsbook). Simply put, they’re looking unstoppable and it’ll likely take a miracle from New Orleans to slow Phoenix’s momentum.

The Suns are too complete of a team for the Pelicans to compete against. Although things were closer in the second half of Game 1, expect Phoenix to come out in full force by putting New Orleans in a hole early on.

As mentioned above, Booker has been heating up lately.

Although his 25 points against the Pelicans in Game 1 was an impressive display, he wasn’t even in his top form at the time. If he puts in a bit more effort tonight, fans could be in for an offensive treat.

Furthermore, Booker has scored at least 29 points in eight of his last 13 games. On top of that, he already surpassed that total twice against the Pelicans in the regular season.

At the end of the day, the Suns will turn to Booker early and often to give them the lead, giving himself a great chance at hitting the over in the process.