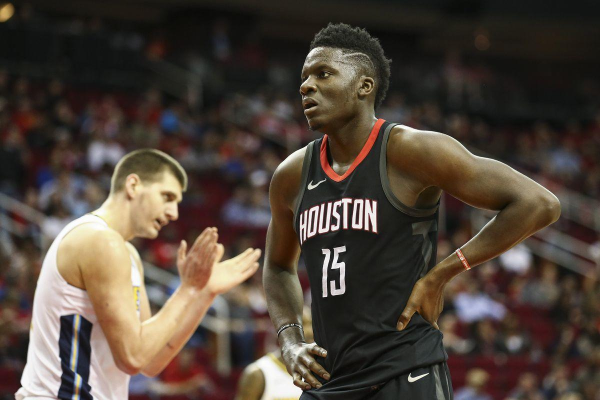 Tuesday night will feature a Western Conference showdown when the Portland Trail Blazers (15-11) travel to the Toyota Center to take on the Houston Rockets (11-14). For the Trail Blazers, they come into this contest having won two in a row including a 113-105 win over the Minnesota Timberwolves on Saturday. They currently sit 3rd in the Northwest division behind the Thunder and the Nuggets and sit tied for 6th in the Western Conference with the Memphis Grizzlies. For the Rockets, this is about as disappointing of a start as they could have imagined, particularly after having led all of the NBA in best record last year. At 11-14, they sit 2nd to last in the Western Conference, only ahead of the lowly Phoenix Suns, who are 4-23. They seemingly have to much star power not to make a run, but something is going to have to change quickly. The two will square off Tuesday night with an 8:00 pm ET tipoff scheduled.

Surprisingly, the Houston Rockets come into this game as 6.5-point favorites playing at home. The over/under for total points scored comes in at 219.5.

On the offensive side of the ball, these two teams have been somewhat similar. According to basketball-reference, when looking at the adjusted offensive rating, which estimates the number of points scored per 100 possessions when also taking into account the strength of opponent’s defense, the Trail Blazers rank 7th in the NBA with 112.54. The Rockets come in just a couple spots lower at 9th, with 112.22 points.

On the defensive side, though, the adjusted defensive rating is not as kind to the Rockets. In this category, the Trail Blazers rank 9th in the league at 109.52 points while the Rockets slip to 20th, allowing 113.82.

The Trail Blazers have put together a couple of strong showings and would like to make it three in a row against the Rockets on Tuesday. On the season, their go-to guy has been guard Damian Lillard. He is averaging 27.2 points on 44.5% shooting. He also is averaging 5.2 points and 6.4 assists. Like years past, his right-hand man is CJ McCollum. Like Lillard, McCollum is having a nice season, averaging 21.2 points, 3.9 rebounds and 2.4 assists per game.

Rockets Have To Find Their Groove

The Houston Rockets still have the stars in James Harden and Chris Paul, but they just cannot get out of their own way this season. Right now, they have lost 7 of their last 9 games and are currently on a 3-game losing skid. Most recently, they lost to the Dallas Mavericks on Saturday, 107-104. Again, though, their stars have continued to put up the stats. On the season, James Harden is averaging 30 points per game on 44.2% shooting. He is also averaging 5.5 rebounds and 8.3 assists per game. Their other star, Chris Paul, is averaging 16.7 points, 4.3 rebounds, and 7.9 assists. Still, it has not been enough.

Aside from these two, the main contributors this year have been Eric Gordon (15.7 points, 2.3 rebounds), Clint Capela (17.6 points, 11.8 rebounds) and PJ Tucker (7.6 points, 6.2 rebounds). One player that did not work out this season, though, was Carmelo Anthony. Brought in during the offseason, the Rockets were hoping that Anthony would give them a spark off the bench, but playing time issues led to distractions, and he has since been removed from the active roster. They continue to look for help, though, as they have recently been connected in trade rumors to everyone from Jimmy Butler to J.R. Smith.

Portland And The Points

With how badly the Rockets have been playing, this seems like an easy decision. It is not exactly saying that the Trail Blazers are world-beaters and are going to dominate, but based off of recent trends, I will take the Trail Blazers being spotted 6.5 points all day long. For my money, it is the Trail Blazers +6.5.

Tonight’s NBA betting schedule is lacking in overly compelling matchups, but tonight’s action will also be taking place with a few notable names missing. Booker, Morant, and Lillard Sidelined Tonight and Beyond Booker Out Versus Pistons Due to Hamstring Injury The Phoenix Suns lost Devin Booker (hamstring) on Tuesday against Golden State but closed out END_OF_DOCUMENT_TOKEN_TO_BE_REPLACED