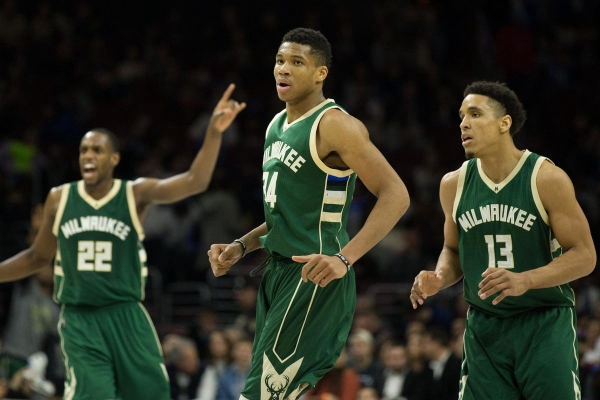 Wednesday night will feature a battle of two NBA superstars when Anthony Davis and the New Orleans Pelicans (15-16) travel to the Fiserv Forum to take on Giannis Antetokounmpo and the Milwaukee Bucks (20-9).

For the Pelicans, they have literally alternated wins and losses every other game since November 26th, going 5-6 during that time. If the trend continues, that could be a positive for the Pelicans as they are coming off a loss in Sunday’s contest, 102-96, against the Miami Heat. In that game, Anthony Davis led the Pelicans in points (27), assists (7) and rebounds (12). The Pelicans have been especially bad on the road this year, going 4-11 to date.

For the Bucks, they are currently 2ndin the Eastern Conference, only trailing the Toronto Raptors. They have currently won two games in a row, including a 107-104 win over the Detroit Pistons on Monday. The two teams will square off Wednesday with tipoff scheduled for 8:00 pm ET.

In this contest, the Milwaukee Bucks are 8-point favorites playing at home. The over/under for total points scored is set at 233.

On offense, these are two of the most dynamic teams in the league. When it comes to adjusted offensive rating, which estimates points scored per 100 possessions taking opposing defenses into account, the Pelicans rank 3rd with 113.79 points while the Bucks fall right behind them at 4th with 113.76 points. When it comes to adjusted defensive rating is when you start to see separation. The Bucks rank 4th in this category, allowing 105.45 points per 100 possessions (taking opposing offenses into account) while the Pelicans fall to 20th in the NBA, allowing 111.92 points.

Pelicans Hoping To Find Success Despite Playing On The Road

For whatever reason, the Pelicans are a far superior team when they are at home than when they are playing on the road. It is certainly not because of Anthony Davis, though. He has been phenomenal this year, averaging 28 points on 50.3% shooting. He is also averaging 12.4 rebounds, 4.7 assists and 1.7 steals per game. Davis has some pieces to work with around him, but unfortunately there isn’t a ton of depth. The second best player is probably Jrue Holiday. Holiday is averaging 20.5 points, 4.3 rebounds and 8.7 assists per game.

After that, both Julius Randle (19.3 points, 9.5 rebounds) and Nikola Mirotic (17.4 points, 9.2 rebounds) have played well. E’Twaun Moore has also been serviceable (13.9 points, 2.4 rebounds), but after that there is a drop off in production. Unfortunately for the Pelicans, that means that they have to rely on their first five for the scoring and they have to stay healthy. While this may win some ball games when Anthony Davis has monster games, it is a bad recipe for success long term.

Bucks Trying To Catch Raptors In The East

The Milwaukee Bucks are making their presence known in the Eastern Conference and would love to surge past the Toronto Raptors in the standings. To do so, they will continue to rely on superstar Giannis Antetokounmpo. The “Greek Freak” has been spectacular this season, averaging 26.8 points on 58.9% shooting. He is also averaging 13.1 rebounds and 6 assists per game. His right-hand man continues to be Khris Middleton, who is averaging 17.6 points, 5.8 rebounds, and 3.9 assists.

Beyond these two, the Bucks have shown a bit more depth. They have Brook Lopez averaging 11.9 points and 4.2 rebounds, Malcolm Brogdon averaging 15.3 points, 4.4 rebounds, and 3.3 assists, and Eric Bledsoe scoring 16.2 points, 4.3 rebounds, and 5.9 assists per game. Even more impressive, the Bucks have 6 other players averaging 5 points or more (with a couple more averaging 4). While those are small point totals, what it does mean is that they are at least getting some production deeper off their bench. The more production from the bench, the less stress it puts on your superstars to have to carry the load every game. They also recently traded for more depth, acquiring George Hill from the Cavaliers. Again, the Bucks sense that they can take the Eastern Conference and that is what they are pushing for.

Take the Pelicans And The Points

I really like what the Bucks have been doing this year and, frankly, wouldn’t be shocked if they win this game outright. For me, though, it comes down to the spread. If you are telling me that you will give me arguably one of the most dominant players in the game in Anthony Davis AND 8 points, I am going to take that bet just about every time. I know that they have played awful on the road, but 8 points is a lot to be giving up, no matter how good Milwaukee has played. Again, it wouldn’t shock me to see Milwaukee with a win overall, but with the spread, I am taking the Pelicans at +8.