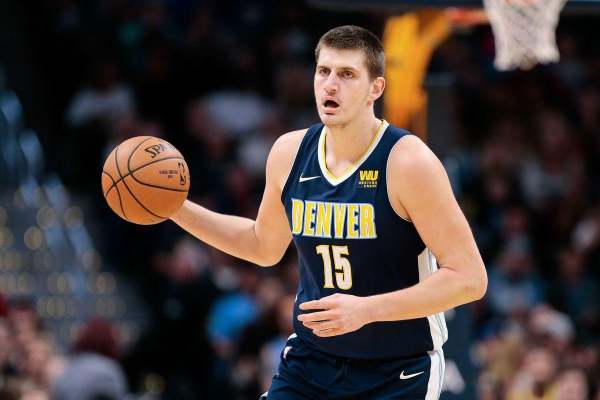 Stephen Curry and the Golden State Warriors are headed to the Pepsi Center to take on Nikola Jokic and the Nuggets for the top spot in the Western Conference.

The Warriors are .5 games back of the Nuggets, so whoever wins this game will be the sole leader of the conference. These teams have played once already this year, which was also in Denver. The Nuggets won this game 100-98, indicating in just the third game of the season that the Nuggets were gunning for the West’s top spot. Since that point, both teams have managed to stay at the top of the conference even while dealing with injuries. The Warriors have missed time from Steph Curry and Draymond Green while the Nugget have missed Gary Harris, Will Barton, and Paul Millsap for significant portions of the year. This is close to being one of the first times all season that both of these teams will be healthy. The Nuggets are not at full strength, but they are getting really close. Gary Harris is still banged up with a wrist injury, but it is not a long-term issue and Will Barton is not yet in the starting lineup. Barton is expected to play, but he has not played many minutes and isn’t expected to see significant run. Trey Lyles is also questionable. The Warriors are expecting Boogie Cousins back within the next few games, but they are rather healthy besides that, with vets like Andre Iguodala and Shaun Livingston just receiving occasional rest.

The Warriors are coming into this game with a 4 game winning streak, although that could easily be attributed to the games coming vs. the Bulls, Mavericks, Knicks, and Kings. Either way, the Warriors have looked more like the Warriors over the last few week, which is an encouraging sign for the most dominant team in the NBA that has struggled much more than expected over the course of the season. When analyzing the matchups for the Warriors’ stars, it is hard to look at past results vs. the Nuggets because the Nuggets are playing a different style of ball this season. The defense of the Nuggets may be one of the biggest surprises of the NBA season so far, so it is hard to look back on the old track meets between these two teams. That being said, StephCurry has the best matchup in this spot against a spotty defender in Jamal Murray. Steph has had a lot of success vs. the Nuggets in his career including leading in scoring in their first matchup this season. He is also coming off of a 48 point performance in his last game, just for good measure. Draymond Green has also had some success when running the small ball 5 against the Nuggets because Jokic always stays on the court and Green can use his mobility to get rebounds and get around the defense to create or score.

The Nuggets are also playing well as they are 8-2 in their last 10 games. They have been led by NikolaJokic, who I think is still the most underrated player in the NBA. Jokic completely changes a team whenever he steps on the court and that is simply something you can’t teach. To put into perspective how much Jokic does on the court, over the last 7 games, Jokic led the Nuggets in points, assists or rebounds 15 out of 21 possible times. That means that there is a 5 out of 7 chance that Nikola Jokic is leading the Nuggets in a major category. He’s a 7-foot center on the number one team in the West. That is incredible. This matchup has been great for Jokic in the past as well. The Warriors play at one of the faster paces in the league and they open up the game a lot for Jokic to thrive. Jokic is the only guy of his stature and physique that WANTS to play in an uptempo game, which is great when playing the Warriors. Without Gary Harris, the Nuggets will need Jamal Murray to step up and score at least 20 points in this game.

Tonight’s NBA betting schedule is lacking in overly compelling matchups, but tonight’s action will also be taking place with a few notable names missing. Booker, Morant, and Lillard Sidelined Tonight and Beyond Booker Out Versus Pistons Due to Hamstring Injury The Phoenix Suns lost Devin Booker (hamstring) on Tuesday against Golden State but closed out END_OF_DOCUMENT_TOKEN_TO_BE_REPLACED