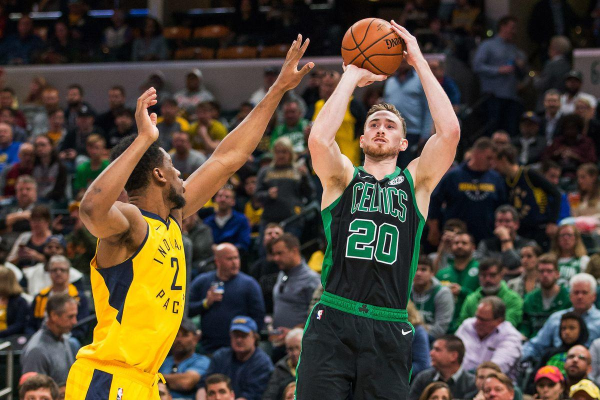 The inconsistent Miami Heat will host the surging Boston Celtics on Thursday night for an NBA battle. Both the Heat and Celtics look to be playoff teams in the Eastern Conference this season, and this could be a potential playoff preview. Boston has a ton of NBA stars on their roster, while the Heat have a team full of role players. This is the first of four meetings between the Celtics and Heat this season.

The Celtics are in a fierce battle for the top spot in the Atlantic Division. Boston has won four straight games and bring a 25-15 record into this matchup against the Heat. They still trail the Toronto Raptors by 4.5 games in the division. The Miami Heat are in first place in the Southeast Division despite having a record under .500. Miami is just 19-20 on the season, and have lost their previous two games. The Boston Celtics are -3.0 over the Miami Heat in this game.

Heat head coach Erik Spoelstra has his team playing defense at an extremely high level. The Heat are giving up just 105.7 points per game this season, and are also one of the top rebounding teams in the league. Miami is pulling down 47.2 rebounds per game, and they aren’t easy to score on inside of the paint. Center Hassan Whiteside anchors the Heat defense and is having a monster season. Whiteside is averaging 12.8 points, 12.6 rebounds, and 2.5 blocks per game this season. The Heat will need to put together a great defensive performance to slow down the Celtics in this game.

If the Heat are going to stay on top of the division, their offense will need to start playing better. Miami is averaging just 106.3 points per game this season, making them one of the lowest scoring teams in the league. Shooting guard Josh Richardson leads the team with 18.1 points per game, and point guard Goran Dragic has chipped in with 15.3 points. The Heat are shooting just 43 percent from the field this season, and have struggled to get quality shots. Dwayne Wade gives the Heat a veteran leader off of the bench, but Miami might need to make a trade to improve their roster. The Heat will be ready to battle against the Celtics, but their defense will have to lead the way.

The Boston Celtics got off to a slow start to the season, but head coach Brad Stevens has his team playing great basketball again. Boston is now top-10 in the league in both scoring and defense and is making a run back to the top of the Eastern Conference. The Celtics come into this game averaging 112.5 points per game while giving up just 105.3. Boston has one of the deepest and most talented rosters in the NBA, and that talent is starting to play together.

Kyrie Irving is back to being one of the best point guards in the league, averaging 22.6 points and 6.5 assists per game. If the Celtics need a big bucket, they turn to Irving to deliver. Forward Jayson Tatum continues to improve, averaging 16.2 points and 6.4 rebounds per game. The Celtics are still hoping that Gordon Hayward can get back to being the player he was before suffering the ankle injury, but Boston has plenty of other players to pick up the slack.

Boston Wins on the Road

The Miami Heat are leading their division, but they aren’t playing like one of the top teams in the NBA. Miami is just 9-12 at home this season, and hosting the Celtics won’t improve that record. Boston comes into this game having won four straight, and they will leave South Beach with their fifth straight victory. Bet the Boston Celtics -3.0 over the Miami Heat.