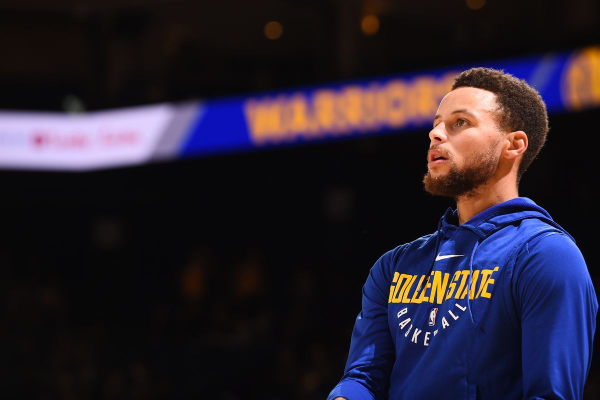 Opening night of the 2018-19 season is this evening and it features a star studded double header. The first game on the night pits the Philadelphia 76ers against the Boston Celtics but the most notable game is the second. The OklahomaCity Thunder head into California to take on the Golden State Warriors.

The Warriors are favorites to repeat this year as champions and the Thunder are one of the many teams in the Western Conference that have the firepower to take them out. The Thunder underperformed last year against their expectations but with Paul George returning to the team, there is a fire lit under the Thunder to go out and prove that they can hand with the best team in the West. The Warriors are favored to win this game by 12.5 points at home.

Oklahoma City Starts on the Road

The Thunder are coming into this game looking to knock off the defending champs and to put the entire NBA on notice. While everyone thought that PaulGeorge was going to leave for Los Angeles last year, he did not and decided instead to sign a contract keeping him with the Thunder.

The Thunder may have added to their team in a way that doesn’t seem right but the loss of Carmelo Anthony might actually help them this year. When Anthony was on the floor last year he wasn’t that productive and now it lets Russell Westbrook and George do more of the scoring. One thing that is really going to hurt them is the fact that shooting guard Andre Roberson is out for the first half of the season recovering from injury.

The Thunder as a whole are pretty banged up with both Westbrook and center Stephen Adams day-to-day with injuries although we can expect that both players will play in the season opener. The Thunder really need to secure a win in this game to help their confidence rise.

The Warriors are coming off of a high as they won another NBA championship last year. The Warriors core sticks together another year and this could be the last for their dynasty. Stephen Curry, Klay Thompson, Kevin Durant, and Draymond Green all return and they added another big piece to their puzzle. Former all-star DeMarcus Cousins has joined the Warriors and makes them an even higher profile team.

If Cousins returns to form and is able to recreate what he did in the past with the Kings and the Pelicans. Kevin Durant is in his contract year and there is no guarantee that he returns for next year. The Warriors will be playing all or nothing this year as they look to win one more championship before the core breaks apart. The Warriors averaged 113.5 points a game last year which led the league and with Cousins in the fold now, should be able to recreate that success with ease.

The Warriors also led the league last year in assists per game and that looks to be continued this year as they have no reason to score the ball less of off passes. They will look to fly up and down the floor and create catch-and-shoot opportunities for one another.

The Thunder and Warriors is a game that shouldn’t disappoint for any reason as Westbrook still has a chip on his shoulder from Durant leaving the team. Westbrook is going to come out and try to prove once again that he is able to carry the load of the team on his back. The Warriors should be able to come out and do really whatever they want and if they hit their open shots, they will cruise to the victory. Don’t put anything past the Thunder though. Take the Thunder and the points, this one will be close.