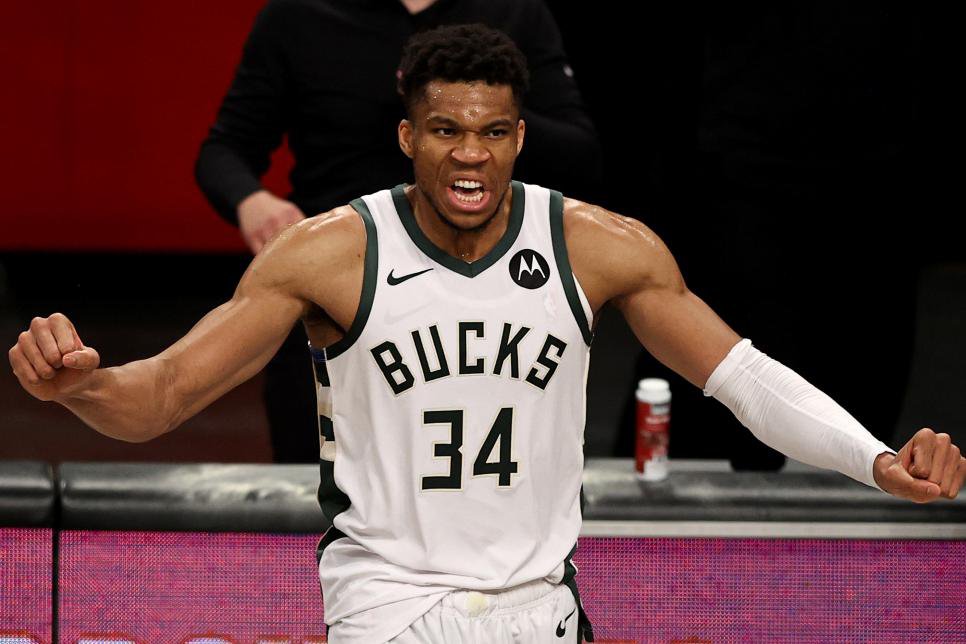 With the Atlanta Hawks seeing off the Philadelphia 76ers in last night’s Game 7 in Philadelphia, there are only four teams left standing in the NBA playoffs.

The Western Conference finals got underway yesterday with the Phoenix Suns downing the Los Angeles Clippers 120-114, with Devin Booker registering the first triple-double of his NBA career.

The Suns have won eight straight games in the postseason, and that success reflects in their NBA futures odds. With a series lead and the Clippers without Kawhi Leonard, the Suns are heavily favored to win the West. They come in at -450 to win the Western Conference finals and +150 to win the NBA Finals.

Those are short odds, but they aren’t the shortest on the board. The shortest odds belong to the Milwaukee Bucks, who top the odds heap after sending the Brooklyn Nets packing. re +105 to win the NBA title heading into the Eastern Conference finals against the Hawks.

All NBA odds listed here are via FanDuel Sportsbook as of Monday, June 21 at 2:00 pm ET. For NBA game odds throughout the remainder of the NBA playoffs, check out our NBA odds page.

Among the possible NBA Finals results, the results involving the Bucks and Suns are far and away the most likely and have the shortest odds.

Giannis Antetokounmpo did not win a third consecutive NBA MVP award, losing out on a rare achievement. But he has the chance for bigger hardware than that, and he is also favored to win NBA Finals MVP. Unsurprisingly, Booker is next up behind him, with Chris Paul third. Paul is currently out and quarantining due to COVID, but he is a big reason why the Suns are in the position they are in.

With the Eastern Conference finals now set after the Hawks upset the Sixers, here’s a look at the conference finals odds. While the Suns are a heavy favorite in the West after winning Game 1, the Bucks are just as heavily favored in the East ahead of Wednesday’s Game 1 in Milwaukee.

For more NBA playoffs content, be sure to check out our game previews for each game, our NBA matchup pages, and more.