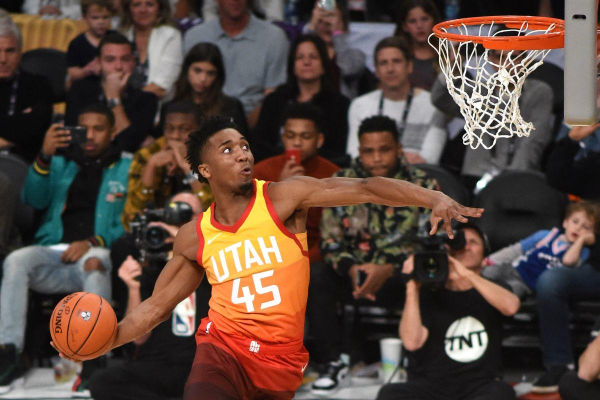 The Utah Jazz are one of the hottest teams in NBA, but you probably haven’t heard much about them from the media. The Jazz have suddenly won eight of their last nine games, and have played their way back into playoff contention. Utah will travel to Minnesota on Sunday to take on a struggling Timberwolves team. The T-Wolves lost a close 106-102 game in Utah on Friday night.

Minnesota is stuck in last place of the Northwest Division, and are well back in the playoff race. The Timberwolves come into this game with a record of 24-25 and have gone just 4-4 in their last eight games. Utah still has some work to do in the standings, and find themselves in fourth place in the Northwest Division. The recent hot streak has the Jazz record up to 28-22 on the season. Minnesota is a 3.5 point underdog against Utah in this game.

The Utah Jazz don’t have the ability to light up any scoreboards, but they do play some of the best defense in the NBA. The Jazz are giving up just 105 points per game this season, which is the third-best mark in the league. Rudy Gobert anchors the Utah defense and has recorded 2.1 blocks per game so far this season. The Jazz have not allowed more than 109 points during their recent hot streak and shut down the Timberwolves offense in their previous meeting.

The one player who has consistently put up points for the Jazz this season is Donovan Mitchell. Mitchell is in just his second season in the NBA, but he looks like a future star. The shooting guard is putting up more than 22 points per night and is the clear top option for the Utah team. The Jazz have seven different players averaging double-figures this season, and they get enough offense using a team approach. Utah is shooting better than 53 percent on two-point field goals, but struggle to shoot from deep.

Timberwolves Just Can’t Figure it Out

The Timberwolves have made some drastic changes already this season, but nothing seems to be working. Minnesota traded Jimmy Butler away to the Philadelphia 76ers and also fired head coach Tom Thibodeau. The Timberwolves has a roster that is full of solid veterans, but they have also dealt with injuries of late. Point guards Derrick Rose and Jeff Teague are both day-to-day with injuries, and their status will be key in this game. Minnesota is allowing 111.3 points per game while putting up 111.7 points a night.

Center Karl-Anthony Towns has been the one consistent Timberwolves player so far this season. Towns is putting up 22.8 points and 12.3 rebounds per contest and has been even better since the Butler trade. Former MVP Derrick Rose is also having a great season for the T-Wolves, averaging 18.6 points per game. The Timberwolves don’t have any real three-point shooting threats, and they are making just ten three-pointers per game. Minnesota needs to knock down some outside shots to give Towns some room to operate down low.

T-Wolves Get Some Revenge

Tonight’s NBA betting schedule is lacking in overly compelling matchups, but tonight’s action will also be taking place with a few notable names missing. Booker, Morant, and Lillard Sidelined Tonight and Beyond Booker Out Versus Pistons Due to Hamstring Injury The Phoenix Suns lost Devin Booker (hamstring) on Tuesday against Golden State but closed out END_OF_DOCUMENT_TOKEN_TO_BE_REPLACED