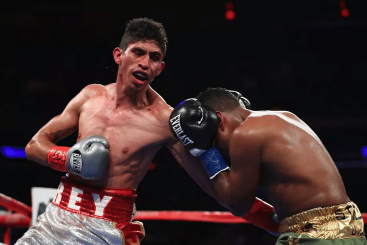 The San Antonio Spurs are heading to the Bay Area to take on the Golden State Warriors in what was supposed to be a marquee matchup on ESPN later tonight. However, the Spurs have announced that they will be resting both Demar DeRozan and LaMarcus Aldridge for this game. Along with these rest days, the Spurs starting point guard, Derrick White, is also out for this game. That is a massive change for a Spurs team that lacks a ton of depth past those 2 guys. They will need Rudy Gay to step up and be the #1 option, but they will need a lot more than that.

The Warriors come into this game at relatively full strength, but I would not be surprised if we see them counter with a rest day for someone else. I think both Steph and Kevin Durant will be pretty safe to play in this game, but I wouldn’t be shocked if they rest Boogie or one of the veteran bench guys in Andre Iguodala or Shaun Livingston. The only reason they would do that is that they might believe that they may as well rest a few guys if the Spurs aren’t taking this game seriously.

Spurs Offense, Defense Will Need to Get Creative

The Spurs offensive and defensive game plans are going to have to change a lot for them to compete in this game. This change will ask for a lot from guys that do not normally see nearly this much time or workload. I think the one thing keeping San Antonio in this game for any stretch of time is their shooting.

They should play a lot of Davis Bertans, one of the best shooters in the NBA this season. They should also play more Patty Mills and Marco Belinelli in this game as well missing 2 starting guards. This change is a net negative for this offense, but they do have a lot of role players that can shoot to throw out there and hope they all get hot. The Warriors defense is very good, but sometimes the best shooters can’t be stopped. I also expect to see more of Pau Gasol and Jakob Poeltl due to the lack of overall depth. I think we see Rudy Gay shift down to the 3 without Demar in the lineup, which would open up space for Bertans at the 4. Poeltl is really athletic and good at running the floor, so I think he is an interesting player to watch in this game, assuming he gets more time than usual.

The Warriors are the Warriors, and we all know the key contributors. The biggest issue coming into this game for the Warriors will likely be a lack of focus. They are 14.5 point favorites in this game vs. a team that intentionally sat their best players. They are probably going to be bored before they even show up to the stadium. We see this happen a lot with the Warriors. They float through the first half with a slight lead or deficit, and then they destroy the bad team in the third quarter. That is what I expect to happen here. I think every single player on the Warriors has the advantage on the offensive end, so I think they will just ride the hot hand like they normally do in this matchup.

Warriors Will Win Yet Again

The line of -14.5 is a pretty scary proposition, but I will take the Warriors in this game. I think that on average, this game is never in question and the Warriors kill the Spurs at the first sign of a shooting slump throughout the game. If I had the Spurs, I would have to root for things that I just don’t find likely. It feels uncomfortable at first, but imagine hoping the Spurs B-team stays with the Western Conference All-Stars for a whole game and I think you’ll jump on the Warriors here with me.