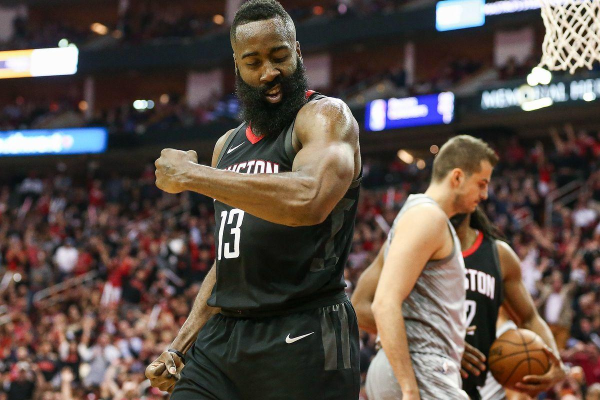 Merry Christmas! To celebrate, the NBA has several games on tap including a showdown of Western Conference foes when the Oklahoma City Thunder (21-11) travel to the Toyota Center to take on the Houston Rockets (17-15). For the Thunder, they are coming off of a 114-112 loss to the Minnesota Timberwolves Sunday. Before the loss, Oklahoma City had won four in a row but now will look to get back on track versus a depleted Rockets team. The Rockets will be without star point guard Chris Paul, who suffered a hamstring injury and will be out for a couple of weeks. They actually just signed Austin Rivers to help with the depleted depth, but losing Paul is a huge loss and puts even more pressure on James Harden to perform. Tipoff for the contest is scheduled for 3:00 pm ET.

In this contest, the Houston Rockets are 1.5-point favorites playing at home. The over/under for total points scored is set at 220.5.

These two teams are very strong on opposite sides of the ball. For the Rockets, it is offense that is their strength. They rank 3rd in the NBA in adjusted offensive rating (which estimates points scored per 100 possessions while taking into account opposing defenses) with 113.91 points. The Thunder come in at 22nd in this stat with 107.99 points. On the other hand, when looking at adjusted defensive rating, it is the Thunder who excel. In this category, they rank 1st, allowing just 102.69 points per 100 possessions while the Rockets come in at 27th, allowing 112.92.

For the Thunder, they currently sit in third place in the Western Conference, sitting just behind the Denver Nuggets and Golden State Warriors. While it is a little early to be analyzing the standings, they have clearly shown that they can be a dominant presence in the West. They are led by superstars Russell Westbrook and Paul George. For Westbrook, he is averaging a triple-double with 20.2 points, 10.8 rebounds and 10.3 assists per game. He is also averaging 2.6 steals per game. To go along with that dynamic play, Paul George has had a nice start to the season as well. He is averaging 26.2 points, 8.2 rebounds and 4.4 assists per game, also adding 2.2 steals.

Even though these two are what really make or break this team, they have gotten some nice play from a few others this season as well. Dennis Schroder (16.2 points, 3.8 rebounds, 4.5 assists), Jerami Grant (12.3 points, 4.7 rebounds), and Steven Adams (16.1 points, 10 rebounds) have all chipped in nicely.

After taking the league by storm last year and finishing the season with the best record in the NBA, the Houston Rockets struggled to find consistency early on this season. At 17-15, they find themselves in 8thin the Western Conference and will be challenged without Chris Paul. This season, Paul is averaging 15.6 points, 4 rebounds and 8 assists per game. Still, the show must go on, and the Rockets will look to James Harden to carry them. This season, Harden is averaging a spectacular 32 points, 5.7 rebounds and 8.7 assists per game.

The problem, though, is Harden can’t do it alone. For the Rockets to have any chance of climbing up the standings, they are going to need others to step up. Two players in particular that they need more consistency from are Clint Capela and Eric Gordon. Capela is averaging 17.1 points and 12.1 rebounds while Gordon is averaging 15.3 points. While those stats don’t look poor on the surface, it has been the relative inconsistency of those players that has been problematic. Some days they look phenomenal while others they just go through the motions. In addition to these two, other contributors include PJ Tucker (8.2 points, 6.5 rebound) and Gerald Green (7.6 points).

Taking The Thunder And The Points

This game features two legitimate superstars in the Russell Westbrook and James Harden. Either one of them has the capability to completely take over a game, and if they do, either team can win this one. Still, I have to go with the team that I feel offers the most depth and that is the Thunder. While the Rockets have been playing some better basketball as of late (winning 6 of their last 7), the Thunder matchup well with them all over the court. James Harden will get his points, but I think the tenacious defense of the Thunder will be able to hold him from having a monster game. Given the fact that they are getting spotted 1.5 points, I will definitely put my money on the Thunder.