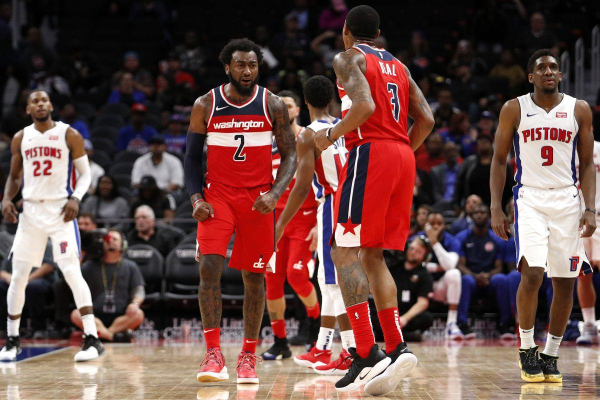 On Tuesday night, the Los Angeles Clippers (10-5) will travel to Capital One Arena to take on the Washington Wizards (5-11). For the Clippers, they will be playing the second game of a back-to-back as they beat the Atlanta Hawks 127-119 on Monday. In that game, Montrezl Harrell led the Clippers with 25 points and 11 rebounds while Tobias Harris added 24 and 8. The Clippers have now won five games in a row.

For the Wizards, their issues go beyond just a disappointing 5-11 record. Reports have come out, according to Shams Charania of the Athletic, that there have been verbal altercations between both players and coaches at practices and that the atmosphere is pretty toxic. As a result, the Wizards are reportedly considering listening to offers on all of their players, including Bradley Beal and John Wall, according to Adrian Wojnarowski. Regardless, the Wizards will need to find some rhythm on the court if they hope to beat a Clippers team that is rolling. Tipoff is scheduled for 7:00 pm ET.
Surprisingly, the Wizards come in as 1-point favorites at home in this one. The over/under on points scored is set at 230.

Currently on a roll, the Clippers will look for their sixth win in a row on Tuesday. On the season, they have really been a very balanced lineup with five players averaging double-digits in scoring and four of those averaging over 15 points per game. Tobias Harris has been leading the way averaging 20.9 points and 8.7 rebounds per game. Next has been Danillo Gallinari, who is averaging 19.6 points per game and 5.7 rebounds.

There is certainly no denying that the Wizards have talent, but they have just struggled to put it together on the court this season. Statistically, the Wizards have been led by both Bradley Beal and John Wall. Beal is averaging 21.5 points per game, 4.6 rebounds, and 3.5 assists while Wall has averaged 20.9 points, 7.9 assists and 2 steals per game. It will be interesting to see if one or both are moved as they are a very talented backcourt duo.

Despite playing their second game in as many nights, I am just not sure I see a way that the Clippers lose this one. Granted, if Beal or Wall go off it could be an issue, but statistically, there isn’t much to like about the Wizards in this matchup. The Clippers have been playing better on both sides of the ball, have been on a roll lately and, frankly, are not dysfunctional like the Wizards appear to be at the moment. Especially since they are being spotted a point, I have a hard time not taking the Clippers in this one. Take Los Angeles at +1.