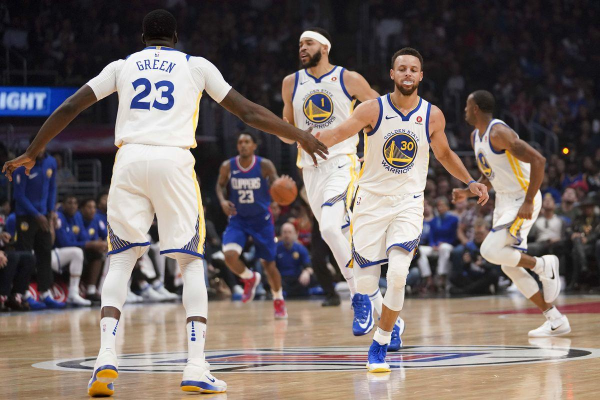 The Warriors have been rolling as of late coming in off of a big win over the Nets. They did drop a contest to the Bucks two games ago, but the Bucks are a very good team this year. They have won nine of their last ten games. They score 121.9 points per game and allow 110.8 points per game. They pass and share the ball very well as they dish out 30.3 assists each game. They are fast on defense and they garner 7.7 steals a game and 6.0 blocks per game. The Warriors are playing five games this week, so don’t be surprised if there are some players who sit out a game or two. Draymond Green and Stephen Curry are both day-to-day but don’t be surprised if they don’t play in the game against the Clippers. Shaun Livingston is out for this game. Draymond Green is the glue for this team as he averages 7.6 points a game, 7.2 rebounds per game, and 7.9 assists per game. He really does it all. Steph Curry is the leading scorer on the team with 29.2 points per game. The Warriors are going to really contend this year again for the crown at the end of the year with LeBron out of the Eastern Conference. The Warriors, once completely healthy, will be a force to be reckoned with over the entirety of the season and into the playoffs.

The Clippers have won three of their last four games and are coming off a big win over the Bucks in overtime. The Clippers are a team that can get really hot, but also be cold from the field. They score 116.3 points per game and allow 111.7 points a game. They shoot just 47.3 percent from the field, almost five percent lower than the Warriors. They do, however, block 6.1 shots per game and generate 5.3 stelas a game forcing the opposing team to at least think of the shot blockers inside. Tobias Harris leads the team in scoring at 20.7 points per game while shooting 51.4 percent from the floor. Harris also leads the team in rebounding with 8.9 rebounds per game. Patrick Beverley is the leading assist man with 4.2 assists per game.