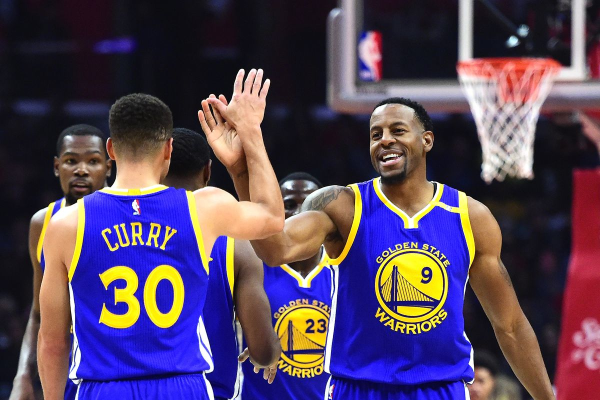 One of the best teams in the NBA this year are the Golden State Warriors. They are on an East Coast trip and will play the Chicago Bulls tonight in Chicago. The Warriors currently sit at 6-1 on the year and are 3-1 on the road. The Bulls are 2-4 and 1-1 at home this year. The Warriors are looking to repeat as NBA champions. This might be the last year that the Warrior dynasty survives because of impending free agents on the team. The Warriors are favored in this game by 11.5 points in this game.

The Warriors are off to a hot start as they are looking to extend their record to 7-1. Stephen Curry leads the team in scoring at 33.9 points a game while shooting 52.9 percent from the field and 90.6 percent from the charity stripe. Kevin Durant leads the team in rebounds hauling in 8.1 a game and Draymond Green is leading the team in assists with 7.7 a game. As a team, the Warriors have scored 120.7 points a game and have only allowed 108.9 points a game. They are on a four-game win streak and that doesn’t look like it will stop anytime soon.

They lost to the Nuggets on October 21st, but since then have rattled off their winning streak. They have scored at least 120 points in their last four games and trounced the Knicks 128-100 on Friday. The Warriors are on the top of the standings in the Western Conference Pacific Division as they are 1.5 games up on the Clippers and 3.5 games up on the LeBron led Los Angeles Lakers. Shaun Livingston is day-to-day on the Warriors injury report and could be available for tonight’s game. The Warriors are a team that you’re going to have to outscore to win and there aren’t many teams in the league that can do that.

The Bulls lone bright spot thus far this year has been the play of Zach LaVine. LaVine is averaging 29.3 points a game to lead the team. He also adds in 3.3 assists per game and 4.8 rebounds per game, all career highs thus far. He is also shooting .527 from the floor which is much higher than his career average.

LaVine’s success this year is coming from a willingness to drive to the basket and get fouled than before in his career. Rookie Wendell Carter Jr. is leading the team in rebounds with 5.8 per game and Ryan Arcidiacono is leading the team in assists with 5.6 per game. Bobby Portis is the lone player on the injury report and Lauri Markkanen is out for an unknown period of time. The Bulls are only scoring 108 points per game while giving up 115.0 points a game and are being outclassed in all aspects of their game right now. They did win their last game against the Hawks, but that winning streak of one looks to be in jeopardy going into this game against the Warriors.

The Bulls have really struggled to score the ball outside of LaVine and simply put the Warriors have not struggled at all. The Bulls defense is also not good while the Warriors play good defense. This has all the makings of a blowout win for the Warriors. All they need to do is get up early and hold LaVine in check. The Bulls don’t have the offensive prowess they’ll need to get back into the game if they get down early. I expect that the Warriors will rout the Bulls and cover the 11.5 point spread easily. Take the Warriors.