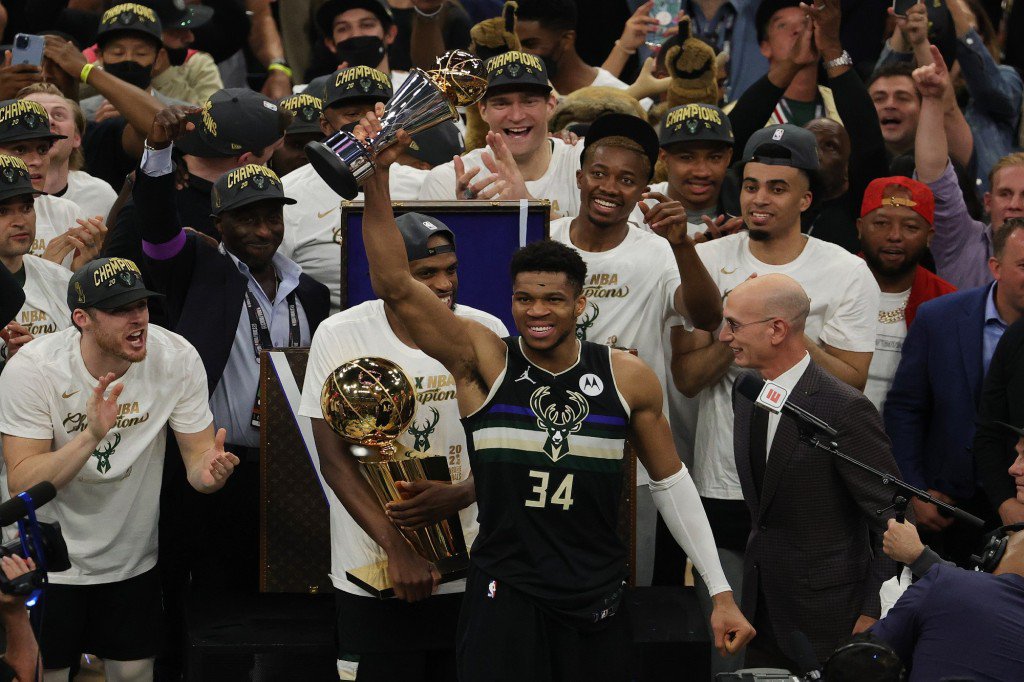 It’s been an agonizing three months since the end of last season’s NBA Finals, but the new NBA season is finally here. Yes, there have been preseason games, plenty of on and off-court storylines to follow, and NBA betting prep to keep ourselves busy with, but ain’t nothing like the real thing, baby.

The season gets underway with must-see matchups in Milwaukee and Los Angeles. In Milwaukee, the Bucks open their NBA title defense with a showdown with the Brooklyn Nets. When we last saw these two teams face off, it was in an overtime thriller in Game 7 of their Eastern Conference semifinals series. Kevin Durant’s shoe proved to be the difference, as the Bucks moved on and eventually claimed the franchise’s first title since 1971.

Despite Kyrie Irving being out until who knows when thanks to his refusal to get the COVID vaccine–we won’t wade into that here, but we will elsewhere–the Nets are still favored to win the title this season, led by Kevin Durant and James Harden. The other title favorite takes the court tonight as well, as LeBron James and the Lakers host the Golden State Warriors. The Lakers were blown out of the first round of last season’s playoffs by the Phoenix Suns, but they have retooled in a big way and have another title run in their sights.

The Warriors will open the season without Klay Thompson, who could make his return in November or December. But the Lakers should still be tested by Steph Curry and the Warriors, who will hope to be among the upper echelon with the likes of the Lakers, Bucks, and Nets once Thompson is fit and firing again.

How should you bet tonight’s season-opening matchups? Let’s break it down below.

No Kyrie, no problem. These two teams should have no difficulty lighting up the scoreboard tonight as they meet for the first time since their unforgettable postseason series.

Opening night might feel more like a chance to teams to feel each other out and for bettors to feel things out a little, and backing an over on a high total may not come off as the wisest thing to do.

But I look for the Nets and Bucks to get after it and play at a high level from the tip. Neither of these two teams has made wholesale changes, and there doesn’t need to be a lot of guessing about what each team brings to the table. That includes the Nets, who got a little experience playing without Kyrie last season, as Irving missed 18 regular-season games and was sidelined for the final three games in the Nets-Bucks series due to a sprained ankle suffered in Game 4.

The Lakers are 0-3 SU in season openers with LeBron, losing at Portland in 2018 and to the Clippers each of the last two seasons. A loss tonight isn’t going to derail the Lakers in any discernible way, and the result won’t tell us a great deal about the Warriors one way or the other either.

But with the changes that the Lakers have made and the way that they unceremoniously exited the playoffs last season, I think starting the season on a winning note in front of a home crowd is important for LeBron, AD, and co. With that in mind, I look for them to come out and put forth a strong effort against the Warriors. There may be some bumps along the way this season, but I like them to start the season well at Staples.

The 2022 French Open is underway at Stade Roland Garros in Paris, France, and we are already almost through the first week of play. Tomorrow, the remaining third-round matches will take place, after which the men’s and women’s singles draws will be down to their final 16 contenders. In both men’s and women’s singles, there END_OF_DOCUMENT_TOKEN_TO_BE_REPLACED