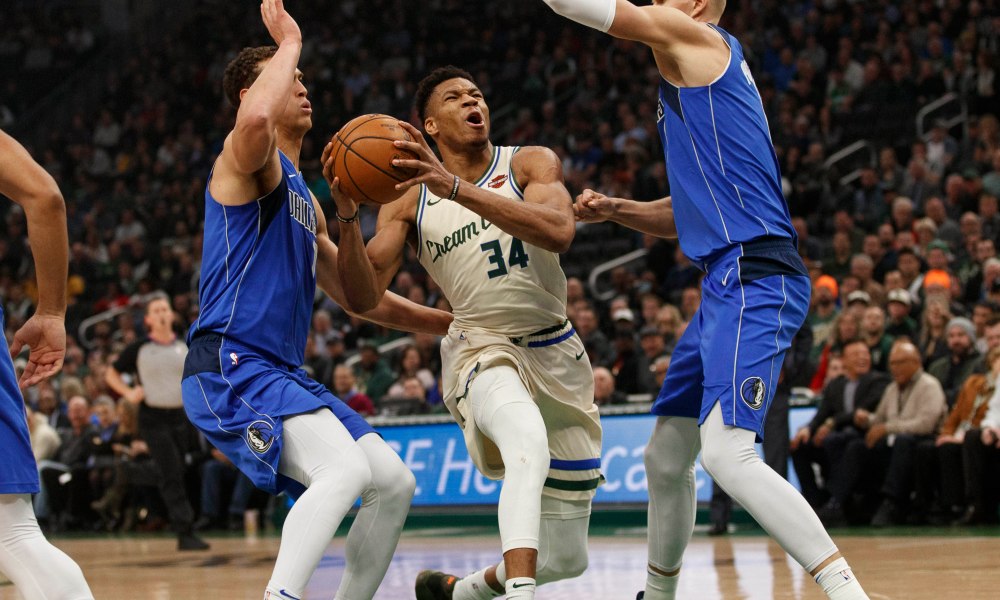 The Dallas Mavericks (6-4) travel to Milwaukee to face the Bucks (8-4) in what might well be a defining game for both teams’ regular seasons. A win for the Bucks will see them leapfrog the Boston Celtics for the East’s number one position. Meanwhile, Dallas could build up some road momentum with a win away against such a well-drilled Bucks squad.

Mavs in the Form of Their Lives

The Mavericks have shocked the detractors so far this season. After a pretty good preseason campaign that saw them only lose one game out of three (129-127 defeat to the Timberwolves), the Mavs slumped at the beginning of the NBA regular season, suffering two defeats in their first two games. The second of those came away at LeBron’s Lakers.

After the Lakers game, the Mavs endured a stop-start run of form that was further worsened by the absence of Kristaps Porzingis – who suffered a knee injury at the tail end of last season. They went on to orchestrate a legendary 124-73 blowout against the mighty Clippers but lose at home against the Hornets, and win at home against a robust Jimmy Butler-led Heat but lose away at the Bulls.

Surprisingly, the Bulls’ loss has proved the turning point for the Mavs this season, as they have managed wins in all three games since then. Doncic and Tim Hardaway jr. have been firing on all cylinders so far, as they led the team to four consecutive victories against the Rockets (113-100), Nuggets (124-117), Magic (112-98), and most recently, the Hornets (104-93).

In particular, the Hornets victory was memorable as it marked the return of Porzingis, who, himself, scored 16 points and made four rebounds in the 20 minutes he played. Doncic seemed happy to see him back as well, as he scored 34 points, made 13 rebounds, and fed nine assists in a fantastic Mavs showing on Wednesday.

Can the Bucks Capitalize on Their Home Advantage?

The Milwaukee Bucks’ season so far can be summed up in a few words: picking up where they left off.

This season, they have yet to lost two games in a row, and lately, losses have proved harder to come by for the Bucks. The two-time regular season MVP Giannis Antetokoumpo has been in inspired form in the last two games, lifting the Bucks over the hump against the Magic and the Pistons – with a similar set of 22-point triple-doubles in both games.

Even the supporting cast seems to have adequately gelled, as Khris Middleton took the responsibility of carrying the team. He scored 27 points to see off the Cavs in a game that Giannis had to miss due to injury issues.

Despite the considerable differences in both team’s records and conference standings, it truly isn’t easy to pick the definitively better squad. While the Bucks are a great squad on the defense, Giannis’ three-point shooting leaves a lot to be desired at times, andKhris Middletonhasn’t yet come into his own as a bonafide superstar.

On the other hand, Doncic can be downright unplayable at times, but his occasional poor decision making seems to let him (and the entire team) down. Porzingis’ return, as well, might add sufficient firepower for a win. In addition, the Mavs have a favorable head-to-head record as they have won the last two meetings – the most recent being a 136-132 OT victory.

While the Mavs are on the ascendency, I’m not convinced that they have enough to win away at the Bucks, especially not with Giannis firing on all cylinders as he is right now.

The Bucks are specialists at winning equally-matched regular-season games, and the squad is motivated by its two-time MVP franchise player who just signed the max extension.

I’d take theBuckson the moneyline in this one.