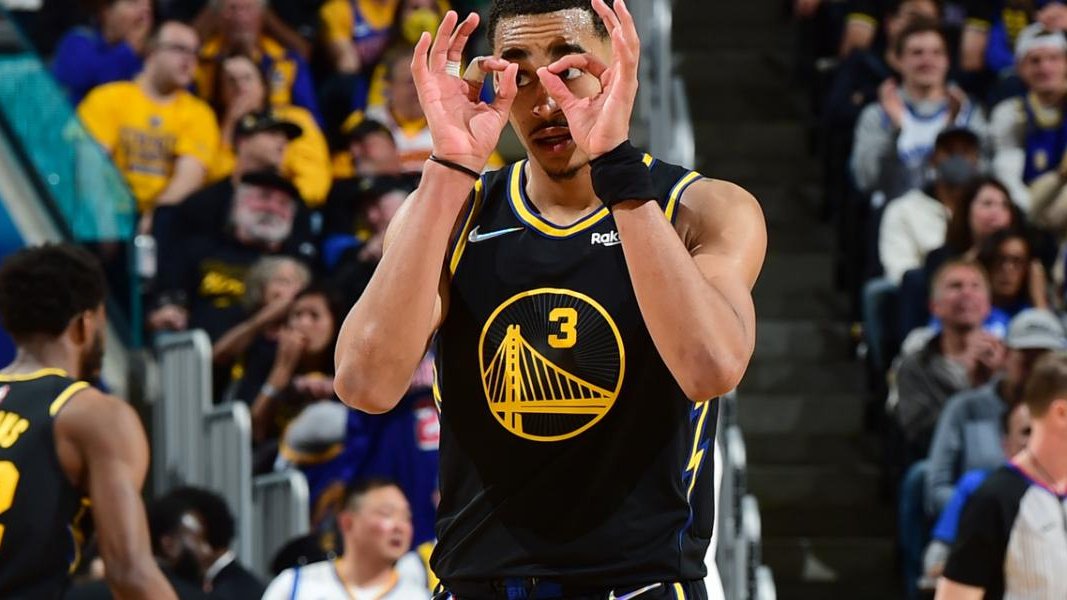 There were quite a few people who were happy to not see the Golden State Warriors dominating the NBA for a couple of seasons. Those people might not be so happy now, especially if they are from Denver.

With some new members added to the mix, the Warriors appear primed for another NBA championship run, and a win over the Denver Nuggets in Sunday’s Game 4 will make the Dubs the first team to move on to the second round, where they will face either the Memphis Grizzlies or Minnesota Timberwolves.

Try as they might, Denver has not had enough of an answer for Golden State yet. Even a change of venue didn’t slow the Warriors down, as they pulled away in the late stages to put the Nuggets on the brink with a 118-113 win in Game 3.

Likely NBA MVP Nikola Jokic had his best game of the series, recording 37 points, 18 rebounds, and five assists. But it was all in vain, as the new edition of the Splash Brothers–Steph Curry, Jordan Poole, and Klay Thomspon–combined for 80 of Golden State’s 118 points.

Will Jokic and the Nuggets somehow manage to send the series back to San Francisco? Or will the road end with a sweep for the second straight season for the MVP?

Will Breakout Star Poole Finish Off the Nuggets in Game 4?

It might be said that two’s company and three’s a crowd, but the Warriors clearly live by the counter cliche of “the more, the merrier.”

Firstly, there is no disrespect meant to Andrew Wiggins, who is shot a career-high 39.3 percent from three this season and has provided many valuable contributions this season.

But Jordan Poole has muscled his way into being a part of what is now a Splash Brothers trio, with the moniker now extending beyond Steph Curry and Klay Thompson as a result of Poole’s emergence as a star of the present and future.

Over the past two seasons, Poole, who was drafted 28th overall in the 2019 NBA Draft after two seasons at Michigan, picked up valuable minutes and experience as the Warriors dealt with two unsuccessful seasons without Thompson (and a large chunk of a season without both Steph and Klay).

The maturation and minutes have paid off this season, as Poole has played a prominent role in helping Golden State return to the upper echelon of the Western Conference.

Poole ended the regular season by averaging 24.7 points per game across his final 21 games, with that stretch including five 30-point games and a run of 17 consecutive games with at least 20 points.

And he has dived into his first NBA playoff experience like it was his fifth, putting together three fantastic performances to help the Warriors take a commanding series lead.

Jordan Poole vs. the Denver Nuggets in Games 1-3

The rich get richer, etc., etc., so on and so on. (And they also have three lottery picks from the past two drafts in James Wiseman, Jonathan Kuminga, and Moses Moody, but I digress…)

All the while Poole is doing his thing, Steph Curry’s return from a late-season layoff has gone rather swimmingly. He had some rust to shake off in Game 1, but Steph has been Steph in Games 2 and 3, scoring 34 in Game 2 on 12 of 17 shooting and 27 in Game 3 on 9 of 17 shooting.

Steph was only 3 of 9 from three in Game 3, but with Klay Thompson nailing six threes and Poole and Gary Payton Jr. (made all three of his attempts) both shooting well from deep, the Warriors still ended up hitting 45 percent (18 of 40) from three.

Speaking of the other Splash Brother, Thompson, he had his best game in Game 3, making 10 of 18 shots from the field and 6 of 13 from three.

For a team that has the MVP but a(n available) supporting cast that can be best described as “meh”, things look pretty bleak at this point.

It won’t be all that surprising if Jokic puts up something 45-20-10 and wills the Nuggets to a series-extending win. But it will just be prolonging the inevitable, and after how things have gone thus far, it just feels like things will be done this afternoon.

As hot as he has been, and as few answers as the Nuggets have had defensively, you’ve got to keep riding the hot hand here.

The only concern with any of these is if the Warriors put the result beyond doubt early and coast to the finish line.

But the Nuggets should put up another fight (fruitless as it may be) at home, and that will ensure Poole, who has played 30, 34, and 34 minutes thus far in the series, stays on the floor for enough minutes and gets enough shots for all of these to hit.

Tonight, the most pivotal game of the 2022 NBA Eastern Conference finals takes place in Boston, with the Miami Heat taking a 2-1 series lead into their matchup with the Celtics. In Game 3 on Saturday, the Heat took control early, outscoring the Celtics 39-18 in the first quarter and leading by as many as END_OF_DOCUMENT_TOKEN_TO_BE_REPLACED