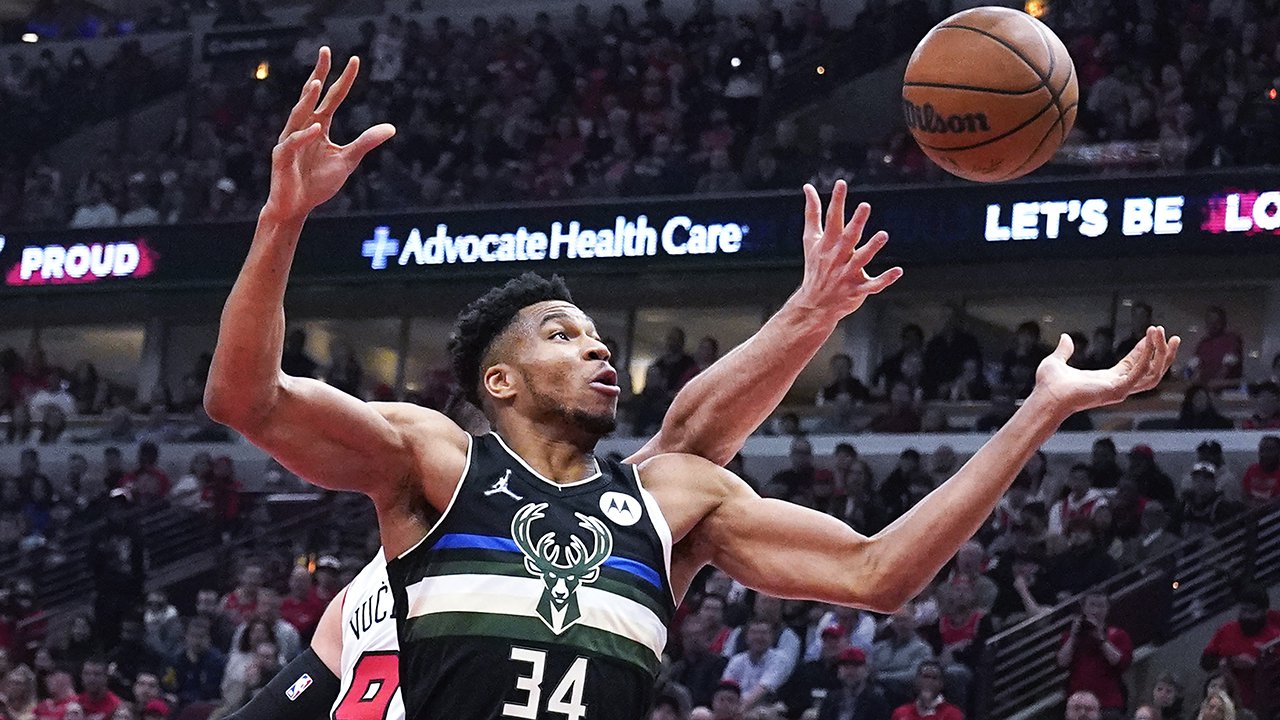 The Milwaukee Bucks took a surprising loss at home against the Chicago Bulls in Game 2 of their NBA playoff series, seemingly putting themselves under some duress as the series shifted to Chicago.

But as we have learned over the last two seasons, questioning how the Bucks will fare with their backs against the wall is a pretty fruitless endeavor.

In last year’s playoffs, they were repeatedly unfazed by potentially tricky situations, from nearly losing Game 1 of their opening series against the Miami Heat, to falling behind 0-2 against the Brooklyn Nets and Phoenix Suns, to having to win the Eastern Conference finals against the Atlanta Hawks without Giannis Antetokounmpo on the court for Game 5 and Game 6.

So, it should have come as no surprise then that the Bucks, even with Khris Middleton sidelined, went out in Game 3 and dominated the Bulls from the outset at the United Center in a 111-81 win.

How will the Bulls respond in Game 4? Will they pick themselves up as they did after Game 1 and level the series? Or will Milwaukee all but put the series beyond Chicago’s reach and set up a chance to clinch at Fiserv Forum on Wednesday night?

Latest examples of headers that should stay on the cutting room floor aside, this is the important question facing the Bucks for Game 4, the remainder of this series, and at least the early portion of a potential second round series against the Boston Celtics.

Given the equity that the Bucks built up in the 2021 NBA playoffs and have apparently carried over into this series, it seems a bit silly to wonder how they will fare with Middleton out with a knee sprain.

But they are questions that still have to be asked, because it is theoretically a challenge to have to play without your second-leading scorer for several games, potentially.

But if there is any team that is equipped to handle such a challenge, it is this one, who navigated all of the challenges mentioned above last year and then coolly and ruthlessly destroyed the Bulls without Middleton in Game 3.

Giannis is Giannis, and Giannis Giannis’d in Game 3, tallying 18 points, seven rebounds, nine assists, and a +36 plus/minus in 29 minutes of action. But he didn’t have to go full Giannis in order for the Bucks to resoundingly retake the series lead.

The Bucks had four other double-digit scorers, with Grayson Allen emerging after two quiet games and leading all scorers with 22 points. Allen made 8 of 12 from the field, including five of seven from three, and had his best game scoring-wise since a 25-point effort against the Pelicans on December 17 of last year.

The Bucks also got 18 points and 16 rebounds from Bobby Portis, 16 points from Jrue Holiday, and 11 points from Pat Connaughton.

In Game 2, Portis played only six minutes against his former team and registered only two points and two rebounds in the Bucks’ 114-110 loss. This is not to say that Portis being on the floor would have made the winning difference, but him exiting early after taking a Tristan Thompson elbow to the eye certainly did not help Milwaukee’s cause in the loss.

Clearly it was not something with a significant sustained effect, given that Portis had one of his best games of the season in Game 3, which included him hitting four threes in a game for the first time since March 9 against the Atlanta Hawks.

With Middleton out for the remainder of this series and likely beyond, having the supporting cast step up, as it has when needed to in their ascension to a regular season bully to a championship team, will be key to brushing aside the Bulls and dealing with the Celtics in the next round.

The Bulls did a great job of pushing the Bucks to the end in Game 1 and snatching Game 2 in Milwaukee, but the gulf between the Central Division rivals is pretty evident.

Portis had 10 points and 12 rebounds in Game 1, and after his early exit in Game 2, returned with a big performance in Game 3. Look for him to have another productive game against the Bulls as the Bucks take a 3-1 lead in the series.

The 2022 French Open is underway at Stade Roland Garros in Paris, France, and we are already almost through the first week of play. Tomorrow, the remaining third-round matches will take place, after which the men’s and women’s singles draws will be down to their final 16 contenders. In both men’s and women’s singles, there END_OF_DOCUMENT_TOKEN_TO_BE_REPLACED