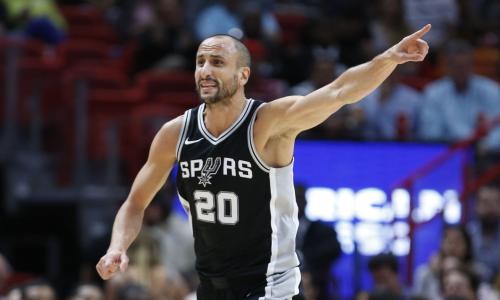 The NBA off-season continues as does the constant speculation of what the 2018-2019 season will hold for us. The NBA is officially a year-round sport these days with just how much news is produced week in and week out. We did have some big news this week so let’s have a look at what happened around the league.

Retirements, trades, and moonshot ideas abound in this week’s NBA report. Some are game-changers and other are simple pipedreams. It’s the NBA off-season, though. What else are we going to talk about?

Yes, the 41-year-old Argentinian, Manu Ginobili, has finally retired after 16 seasons in the NBA. While he did have one year remaining on his contract, the longtime San Antonio Spurs shooting guard has finally hung it up saying via Twitter post, “Today, with a wide range of feelings, I’m announcing my retirement from basketball. IMMENSEGRATITUDE to everyone (family, friends, teammates, coaches, staff, fans) involved in my life in the last 23 years. It’s been a fabulous journey. Way beyond my wildest dreams.”

Ginobili may have been the greatest draft pick ever as the Spurs chose this sure-fire Hall of Famer with the 57th overall pick. Always a team player, Manu averaged 13.3 points, 3.8 assists, and 3.5 rebounds a game over the years which saw him play in 218 postseason games. A two-time All-Star, the 2008 NBA Sixth Man of the Year, a four-time NBA champion, Ginobili’s retirement represents the very end of an era for the Spurs.

With Kawhi Leonard traded away to Toronto, Tony Parker off to Charlotte, and now Manu joining Tim Duncan in retirement, the glory days of the Spurs seem to be over for now. Ginobili was a great player during their run and it wouldn’t have been possible without him.

The moment the 2018 NBA Finals ended, the speculation of where Lebron James would play for next season began. When the Los Angeles Lakers became a prime suspect, it was because everyone figured LA to be one of the few teams that could add another All-Star to further entice Lebron. Paul George was supposed to be that All-Star.

So, everyone was shocked when Lebron signed with the Lakers and George signed with the… Thunder? Whoops. So much for Plan A. The Lakers then began signing every available free agent to one-year deals but none were the All-Star the Lakers were looking for. Enter disgruntled Jimmy Butler as the new target. Butler is in the final year of his contract and has been expressing displeasure with the Minnesota Timberwolves for over a year now.

Especially their defensive effort. Especially by their young stars Karl-Anthony Towns and Andrew Wiggins. The Lakers still have young talent on their team so a move could happen. Plus, the T’Wolves are in a terrible position now. Either resign Butler to an extension (which they won’t), trade him to an in-conference team (which they shouldn’t), or play out this year and hope the ship rights itself (yikes). If something is to happen, someone will have to blink first, expect it to be Minnesota.

The New York Knicks are mistaking ridiculous, pie-in-the-sky type dreams for a franchise blueprint by announcing this week their intention to sign Kevin Durant next year. Durant has another player option in his contract next year and will be a free agent. This is true. The Knicks will be will under the cap and able to pay two All-Stars max deals. Also true. The Knicks will sign Kevin Durant. Not even close to being true.

First of all, this is the plan for about ten different teams. Secondly, why would Durant want to stop winning championships in GoldenState to go and not win championships in New York? Like most New Yorkers, the Knicks have a pretty inflated view of their own self-worth. Their storied history is outdated and filled with teams losing big games.