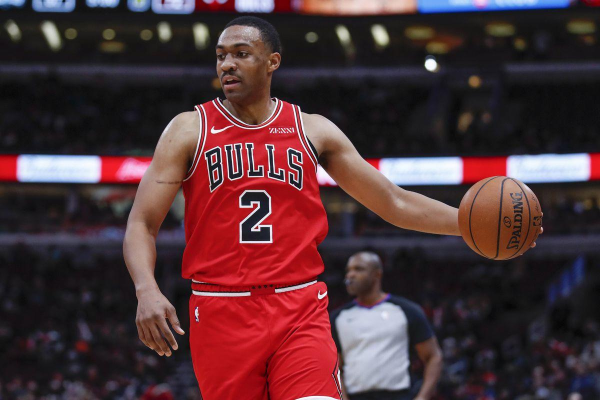 Wednesday night will feature a battle of Eastern Conference versus Western Conference as the Chicago Bulls (10-30) travel to the Moda Center to take on the Portland Trail Blazers (24-17). For the Chicago Bulls, they currently sit in 13th(out of 15) teams in the East, just 2.5 games ahead of the last place Cleveland Cavaliers. Coming into this one, they have lost 4 straight games, including a 117-100 loss to the Brooklyn Nets on Sunday. For the Trail Blazers, they currently sit in 7thplace in a loaded Western Conference, just 4 games behind the 1stplace Denver Nuggets. They come into this one having won 2 in a row, including a 111-101 win over the New York Knicks on Monday and an impressive 110-101 win over the Houston Rockets on Saturday. The two will square off Wednesday night with a tipoff scheduled for 10:00 pm ET.

In this contest, the Portland Trail Blazers come in as 9.5-point favorites playing at home. The over/under for total points scored is set at 207.

Chicago Bulls Looking For Positives In A Lost Season

The Bulls are only 40 games into their schedule, and it has already been a long season. They have fired their coach (Fred Hoiberg), almost had a mutiny with their new coach (Jim Boylen), have benched their $20 million dollar free agent signing (Jabari Parker), have traded away players (Justin Holliday) and are looking to make more moves if possible (i.e. Robin Lopez, Jabari Parker).

Aside from these two, other contributors for the Bulls include Kris Dunn (13.9 points, 4.8 rebounds, 6.9 assists, but only in 14 games), Ryan Arcidiacono (6.4 points, 2.6 rebounds, 3.6 assists) and Wendell Carter Jr. (10.4 points, 6.9 rebounds). The problem with Carter, though, is he has had trouble staying on the floor as he is seemingly always in foul trouble. There are others who have contributed, including Jabari Parker, Bobby Portis, Chandler Hutchison, and Robin Lopez, but for one reason or another (injury, benching, etc.), the Bulls rotation tends to be a mess and, frankly, a crapshoot from night to night.

While any chance of playoffs sailed away a long time ago for the Bulls, the Trail Blazers are right in the thick of things. As in years past, they are led by their backcourt tandem of Damian Lillard and CJ McCollum. On the season, Lillard is averaging 26.2 points per game on 44.6% shooting from the field and 38.6% from behind the arc. He is also averaging 4.6 rebounds and 6 assists per game. Not to be outdone, McCollum is averaging 20.8 points on 45.4% shooting and is averaging 3.7 rebounds and 2.6 assists. These two make for a matchup nightmare for opposing defenses.

Especially playing at home, I don’t really see any way that the Blazers lose this game straight up, and I feel pretty comfortable taking them to cover as well. The Bulls are just a mess right now. There is no consistency with their rotation, and aside from a couple of players, the ones that are in the rotation just aren’t that good. For the Trail Blazers, they have two legitimate stars on their team, and either one can go off on any given night. For my money, I am taking the Trail Blazers, even giving up the 9.5 points.

Tonight’s NBA betting schedule is lacking in overly compelling matchups, but tonight’s action will also be taking place with a few notable names missing. Booker, Morant, and Lillard Sidelined Tonight and Beyond Booker Out Versus Pistons Due to Hamstring Injury The Phoenix Suns lost Devin Booker (hamstring) on Tuesday against Golden State but closed out END_OF_DOCUMENT_TOKEN_TO_BE_REPLACED