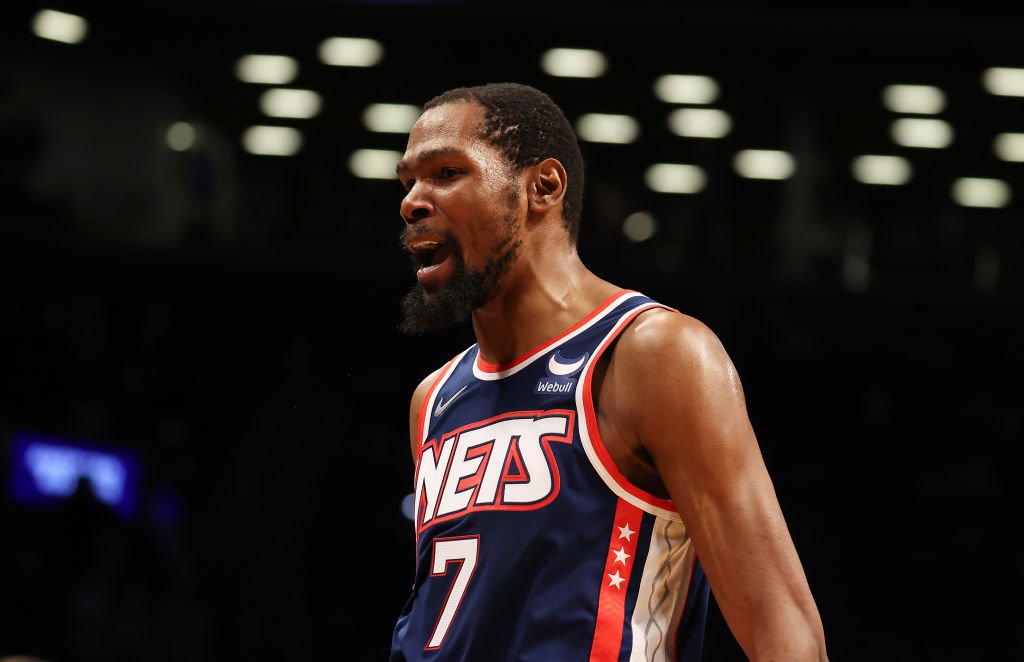 Two of the NBA’s hotter teams are set to collide on Wednesday, March 23 as the surging Brooklyn Nets are slated to travel and face the Memphis Grizzlies.

Although the Nets had their struggles not too long ago, they’re 6-1 in their last seven games and have won three straight on the road. Kyrie Irving’s play has been a massive part of that and they’ll need him to continue that if they want to stand a chance.

Meanwhile, not only have the Grizzlies been one of the better surprises this season but they’ve also been tough to beat at the FedExForum. Memphis is 13-2 in its last 15 home games and looks to extend that streak with a victory over Brooklyn.

Here’s a look at some of the trends from the two teams’ recent hot streaks, as well as a betting prediction for the Nets vs Grizzlies matchup.

Nets Heating Up Ahead of NBA Playoffs

Many people were ready to right the Nets off when they lost 11 straight games between Jan. 23 and Feb. 12. However, the last seven games have shown us that they clearly still have a lot in the tank.

The Nets are averaging 124.9 points per game (PPG) over their last seven outings. Considering how the NBA-leading Phoenix Suns are the only team that has averaged more over that stretch (125.6 PPG), it’s safe to say that they’re in some pretty good company.

Kyrie Irving has played three games over that stretch to due him only being allowed to play road games. Having said that, he’s made the most of that time, averaging 44.0 PPG during that trio of matchups.

What’s even more impressive about Irving’s three games is that he’s dropped 50 and 60 points in two of those games, proving that he’ll do anything in his power to help the Nets lock down a playoff spot.

BetMGM has a scoring player prop for Irving where the total is listed at 25.5, with the over being favored at -125 odds. Taking his recent play into account and the fact that he’s averaged 26.6 PPG in 12 previous meetings against the Grizzlies, don’t be hesitant to take the over.

Kevin Durant has also been scoring hot over his last seven games as well. He’s averaged 29.9 points, 7.0 rebounds and 7.7 assists in that span while shooting .560/.432/.9125 splits. Needless to say, he’s a good option for all prop bets (assuming his play continues).

Unfortunately, the Nets will likely be without Seth Curry tonight after injuring his ankle Monday against the Utah Jazz. The 31-year-old veteran has averaged 15.5 PPG while shooting at .471 from three-point range in 13 games played since joining the Nets, so it’s safe to say that his presence will be missed.

In terms of betting trends, the Nets are 5-2 against the spread (ATS) in their last seven games. Additionally, the total has hit the over in four of their last five games against the Grizzlies, so be prepared for a potentially high-scoring affair.

Grizzlies Set to Be Home Underdogs

Despite their recent home success, BetMGM is listing the Grizzlies as being 2.5-point home underdogs against the Nets. Yes, Brooklyn has been heating up as of late, but that doesn’t change the fact that Memphis has been tough to beat at home.

It’s no secret that Ja Marant has been instrumental to the Grizzlie’s success at the FedExForum. The always electric point guard has averaged 30.5 PTS/6.4 REB/6.5 AST in his last 15 home games. Unfortunately, the Grizzlies will be without Morant on Wednesday due to a sore knee holding him out of the contest.

In other words, Memphis is going to need its secondary scorers to step up and make up for the lack of Morant. Although, the good news is that the Grizzlies are actually 14-2 in 16 games with their superstar this season, meaning they do have a fighting chance against the Nets.

Desmond Bane could be a good candidate to step up in Morant’s absence. He’s averaged 17.6 PPG in his last 14 home games while averaging 29.9 minutes played. That includes three outings of 20-plus points in his last five games in Memphis.

Jaren Jackson Jr. is one player who’s elevated his game when Morant has been hurt, averaging 19.5 PPG in the 15 games he’s played without his teammate. If you’re looking to add some excitement to the Nets vs Grizzlies matchup, consider taking the over on point prop for Jackson.

In terms of other trends to keep an eye on, the Grizzlies have won five straight games against the Nets, outscoring them by an average score of 120-107. Memphis is also 5-0 ATS in those five meetings, which is why bettors may not want to buy into the underdog narrative too much.

Beyond that, the total has hit the over in eight of the Grizzlies’ last 12 games against the Nets, further adding to the potential of a high-scoring affair. With the total also hitting the over in four of its last six games, look for Memphis to try to keep the offense flowing even with Morant out of the lineup.

Although the Grizzlies have been tough to beat at home and have found success without Morant, I’m going with the Nets to win this meeting. Yes, Memphis has done well without their star player, but they’ll desperately miss him with how well Durant and Irving have been playing.

In terms of the best bet, the Nets as the 2.5-point spread favorites at -110 seems like the right choice. They are 7-0-1 ATS In their last eight road games after all and have finally found their stride that made them look like NBA Championship contenders in the first place. While it’ll be a relatively close affair, look for Brooklyn to squeeze out the win over Memphis.

The 2022 French Open is underway at Stade Roland Garros in Paris, France, and we are already almost through the first week of play. Tomorrow, the remaining third-round matches will take place, after which the men’s and women’s singles draws will be down to their final 16 contenders. In both men’s and women’s singles, there END_OF_DOCUMENT_TOKEN_TO_BE_REPLACED