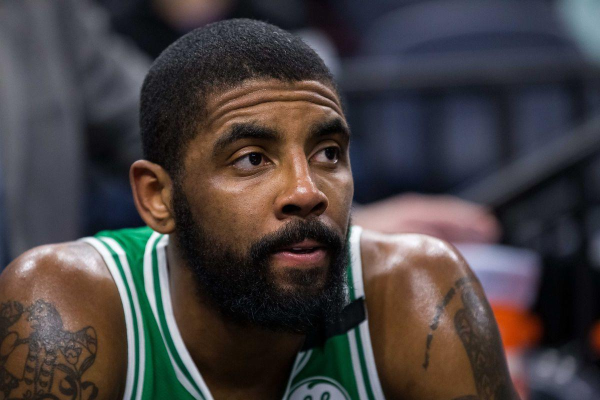 While the Boston Celtics (7-4) have had a decent start to their season, the Utah Jazz (5-6) were hoping for a little more at this point. For the Celtics, they will be coming into this contest on the backend of back-to-back games. Thursday night they snapped a modest two-game losing streak with a 116-109 win over the Phoenix Suns.

For the Jazz, they also broke a losing streak in their last game, ending a four-game drought with a 117-102 win over the Mavericks on Wednesday. Now, the two teams will prepare to square off when the Celtics travel to Vivint Smart Home Arena to take on the Jazz Friday. Tipoff is scheduled for 9:30 pm ET.

The spread comes in with the Utah Jazz being 3-point favorites at home in this one. The moneyline was set at the Jazz -155 and the Celtics +135.

According to basketball-reference, the BostonCeltics currently rank 17th in adjusted offensive rating (estimate of points scored per 100 possessions adjusted for strength of opponents defense) at 107.67 points while the Jazz rank 11th at 110.45 points. In terms of adjusted defensive rating, the Celtics rank 4th at 102.99 points while the Jazz rank 12that 109.03 points. With the Jazz a little stronger on offense thus far and the Celtics stronger on defense, it should shape up to be a good game.

It is never easy when you have to play two games in two cities on consecutive nights, but what makes it more tolerable is when you get away with two victories. That is exactly what Boston will be looking to do on Friday. Boston has a relatively balanced attack that has been led by point guard Kyrie Irving. On the season, he is averaging 21 points, 5 rebounds and 5.4 assists per game. Others who have contributed this season are Jayson Tatum (14.6 points, 7.3 rebounds), Marcus Morris (14.9 points, 7 rebounds), Al Horford (11.9 points, 6.2 rebounds, 3.9 assists) and Jaylen Brown (12 points, 4.6 rebounds).

Another player worth keeping an eye on is Gordon Hayward. After suffering a season-ending injury at the beginning of last year, the Celtics have been easing Hayward into action this season. For the most part he is being capped at about 25 minutes per game and that has resulted in a 9.9 point, 5.6 rebound average for the forward. Friday, though, will be the first time that they will cut him loose for a back-to-back series. It wouldn’t be shocking if his minutes were even a little more limited, but it is still nice to see him progressing in his return to basketball.

To this point, it has been a pretty disappointing start to the season for the Jazz. At 5-6, they certainly anticipated to start stronger than this as they compete in a loaded Western Conference. Even with the inconsistencies, they still have a lot of talent they are working with. Donovan Mitchell has led the way for the Jazz thus far, averaging 22.4 points and 4.4 assists per game. Aside from Mitchell, Rudy Gobert (16.4 points, 13.1 rebounds), Jae Crowder (14.2 points, 5.5 rebounds), Derrick Favors (11.1 points, 7.2 rebounds), Joe Ingles (12.6 points, 4.3 rebounds, 4.2 assists) and Ricky Rubio (10.4 points, 8 assists) have all been contributing thus far in the season.

While they will definitely put up points, it will be interesting to see how they perform on the defensive side. While the Celtics don’t have anyone playing at a superstar level, they are definitely strong enough and deep enough to make teams pay on the offensive side.

Celtics And The Points

Right now, the Celtics are just playing better basketball than the Jazz are. The Jazz certainly have the talent to win this game, but when putting money on it, I have to go with the hotter team, especially when they are being spotted 3 points. Granted, they are playing their second game in as many nights, which is always a concern, but I still like the Celtics at +3 in this one.