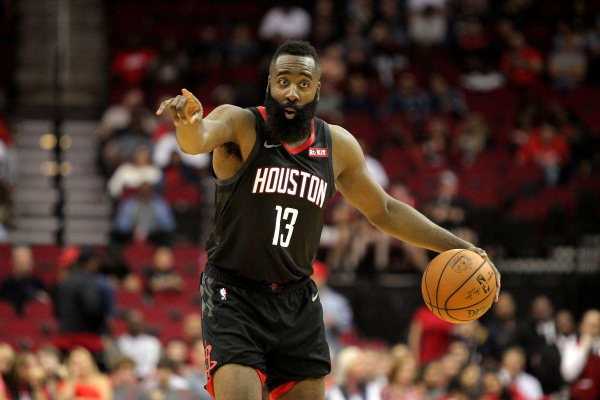 Thursday night’s matchup features a clash of Eastern and Western conferences as the Boston Celtics (20-13) traveling to the Toyota Center to take on the Houston Rockets (18-15). Both of these teams sat at or near the top of their respective conferences last year, but have slipped a bit in the standings to open this season.

For the Celtics, they currently sit at 5th in the East, 4.5 games behind the 1st place Toronto Raptors. The Celtics have won 2 in a row coming into this matchup, including a 121-114 win over the Philadelphia 76ers on Christmas.

For the Rockets, they also come into this matchup on a 2-game winning streak having beat the Oklahoma City Thunder 113-109 on Christmas. The Rockets, after leading the Western Conference last year in terms of record, currently sit in 7th, 4 games behind the 1stplace Golden State Warriors.

Tipoff for this matchup between the Celtics and Rockets is scheduled for 8:00 pm ET.  In this contest, the Houston Rockets are 2-point favorites playing at home. The over/under for total points scored is set at 217.

These two teams are very strong on opposite sides of the ball. For the Rockets, it is offense that is their strength. They rank 2nd in the NBA in adjusted offensive rating (which estimates points scored per 100 possessions while taking into account opposing defenses) with 114.03 points. The Celtics come in at 13th in this stat with 111.23 points. On the other hand, when looking at adjusted defensive rating, it is the Celtics who excel. In this category, they rank 5th, allowing just 105.72 points per 100 possessions while the Rockets come in at 26th, allowing 112.73.

In their game on Christmas against the 76ers, the Boston Celtics looked like the team that has competed for the Eastern Conference for the last several years and were expected to take that next step in a Lebron-less East. Al Horford was finally healthy, Jayson Tatum looked like a star, and Kyrie Irving was hitting big shots, particularly in overtime. If this team, with their depth and talent can put it together, the East should watch out.

Leading the way statistically for the Celtics this year has been Kyrie Irving. On the season, he has averaged 23.3 points, 5.1 rebounds, 6.3 assists and 1.6 steals per game. The strength of the Celtics, though, is their depth. They currently have 6 players who are averaging double-digit scoring. In addition to Irving, Jayson Tatum (17 points, 6.5 rebounds), Marcus Morris (15.1 points, 6.3 rebounds), Al Horford (12 points, 6.5 rebounds, 3.5 assists), Gordon Hayward (10.6 points, 5 rebounds, 3.3 assists), and Jaylen Brown (11.4 points, 4 rebounds) have all contributed nicely. As deep as these 6 are, there is more. Terry Rozier, Marcus Smart, Daniel Theis, and Aron Baynes have all given head coach Brad Stevens options throughout the season. Again, if they can put it all together, they may be one of the most complete teams in the East.

What a difference a year can make. After dominating the West last year, it has been a bit more of a grind this season for the Houston Rockets. Still, with James Harden leading the group, they always have a shot, no matter who their opponents are. Harden is even more important now, though, as Chris Paul is currently out nursing a hamstring injury. On the season, Harden is averaging 32.3 points, 5.7 rebounds, 8.4 assists and 2.1 steals per game. Like every year, he certainly should be in the MVP conversation.

Aside from Harden, though, the Rockets could use some more consistency. Again, with Paul out, it is even more important that others pick up the slack. In particular, Clint Capela and Eric Gordon need to help in the scoring department. On the season, Capela is averaging 17.1 points and 12.5 rebounds per game. For Gordon, he is averaging 15.3 points per game. If these two can force the defense to not just focus on Harden, it will be huge.

Taking The Celtics And The Points

To me, this matchup is a toss-up. I like the depth of Boston, but the Rockets have the biggest star and game changer in Harden. With it being so close, I lean to the side getting the points and that is the Celtics. I can see this game being tight the whole way, so it ultimately might come down to a point either way deciding the game. With that in mind, I will take the Celtics and the 2 points that they are being spotted all day. Again, if Harden goes off it could be game over, but for my money, I feel safer with the Celtics.