Wizards vs Warriors: Curry, Warriors Favored to Down Westbrook, Wizards 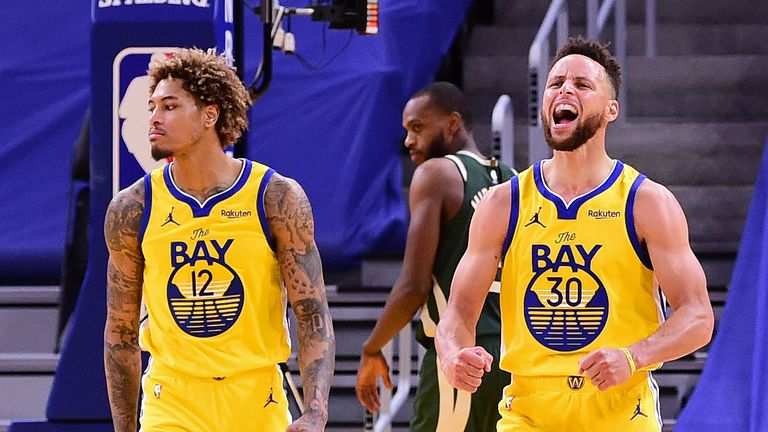 Tonight’s Washington Wizards vs Golden State Warriors matchup is a must-win in every sense of the word for both teams. Both teams have taken far too many losses as of late and are battling to make the NBA postseason. The Wizards are four games behind the Chicago Bulls for the East’s final playoff spot, while the Warriors are still holding on to the West’s final playoff spot for now.

The Warriors are favored by a solid margin (as per today’s updated NBA odds), which might seem generous. However, the numbers actually line up in favor of the home team to win and cover tonight. But will they?

Road Win Welcomed for Wizards, But Odds Oppose a Repeat

The Wizards broke a seven-game road losing streak with Wednesday’s 131-116 win over the Orlando Magic. It was a big win, as it was only their fifth win in their last 19 games.

However, it was against a Magic squad that is 4-16 SU in their last 20 and is poor at home. So there isn’t much to read into the win. But it is good to head into tonight’s game after an excellent offensive performance. The Wizards shot a season-high 57.6 percent (49 of 85) overall and hit a season-high 19 threes against Orlando.

The Wizards are only 8-16 SU this season but have been a profitable spread pick, coming in at 13-11 ATS. That includes ATS wins in their last two road games.

The Wizards have not been good, but neither have the Warriors. They are 3-7 SU in their last 10 games, and they’re also 3-7 ATS in that stretch. However, last time out, they edged the Giannis-less Milwaukee Bucks 122-121 on Tuesday.

The Warriors do have the edge when it comes to picking up the W, and that bodes rather well for their spread bettors. Golden State is 22-2 ATS in wins this season. They failed to cover -3.5 in a 129-128 road win over the Chicago Bulls on December 27, and they didn’t cover -9 in a 111-105 home win over the Magic on February 11. Since then, they have covered ten straight times in wins.

This Wizards vs Warriors matchup is one of nine NBA games tonight. We have detailed betting stats, odds, picks, and more for each game (and for the NHL and MLB). Here’s a look at tonight’s other notable NBA games.

Charlotte Hornets vs Milwaukee Bucks, 9:00 pm ET: The Hornets (26-24 SU, 28-21-1 ATS) are 6-3 SU since losing LaMelo Ball. They have since lost Gordon Hayward as well but continue to stay in the hunt for the #4 seed in the East. Giannis Antetokounmpo is listed as questionable tonight for the Bucks (32-19 SU, 22-29 ATS). The Bucks are on a back-to-back and are trying to avoid a third straight loss.