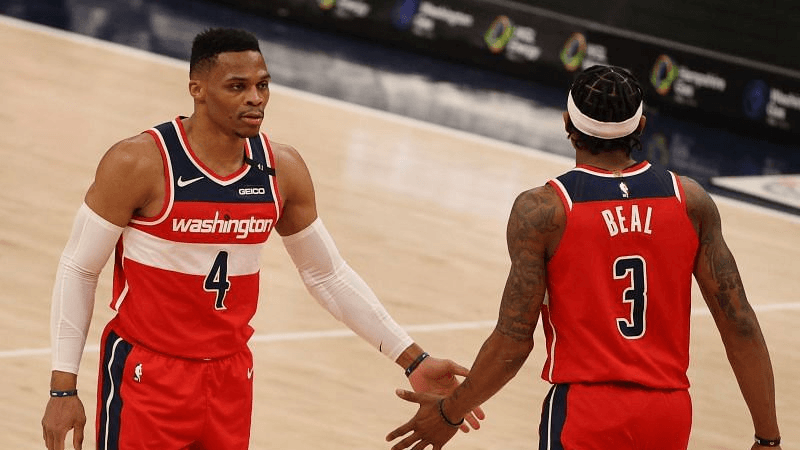 With NBA playoff positions still far from decided, tonight’s Wizards vs Mavericks matchup is one of many games that will be decisive over the next two weeks. The Wizards need this game more than the Mavs do, but both teams need the win to benefit their standing. The Wizards have been one of the best teams in the NBA for the past month. They are riding a 9-1-1 ATS run into Dallas for tonight’s matchup.

Washington has won two in a row and ten of eleven. The only loss in there was an OT result against San Antonio. This team is cooking right now and has created a little cushion over Toronto and Chicago for the final playoff spot in the Eastern Conference.

Some of their success is good health. Guard Bradley Beal, was the leading scorer for a chunk of the season (Steph Curry passed him) and has missed some time, so has Russell Westbrook. Those are their two best players by far and they have each missed more than 10% of the team’s games. In fact, the only player who has really been available every night is reserve big man Robin Lopez.

Washington is 29th in the NBA in points allowed but their defense has been much better while they have been winning. That is no accident. The combination of some defense and Beal and Westbrook’s greatness has proved to be more than enough of late.

During their 10-1 SU run, the Wizards were have been super profitable. With all of Dallas’s injury concerns, you would think they would be the consensus play, but they aren’t. Just 40% of the action is going their way.

Dallas in Lead in Southwest Division

The Mavericks are not the offensive show they were a year ago, but they have overcome a terrible start to be in a top-six position late in the season. Luka Doncic has had a fantastic season, but the Mavs are only 17th in scoring. That matches well with the shooting this season, as they are 12th in field goal percentage and 17th in three-point shooting percentage.

Definitely check the injury list on this matchup. Doncic missed the last game, and he, Kristaps Porzingis, Maxi Kleber and Dorian Finney-Smith are all questionable for this one. If they are all out that really limits the Mavericks offensively and defensively.

Guard Jalen Brunson has been an unsung hero for the Mavs this season. He is able to take on some of the playmaking responsibilities when Luka is not on the floor and even when they are playing together. He is getting some serious Sixth Man of the Year consideration, which indicates how much of an impact he is having. Brunson is third behind Utah’s Jordan Clarkson and Joe Ingles in the Sixth Man of the Year odds at FanDuel Sportsbook.

Luka has helped make Dallas a very public team, and that has not done bettors any favors. At home, the Mavs are just 12-18 ATS. As a home favorite, they are only 8-14 ATS this season. The NBA betting consensus favors the Wizards to cover tonight, so the Mavs’ struggles as a home favorite are expected to continue tonight.