Embiid’s Fantastic Friday Feats Favors the Over for 76ers-Wizards 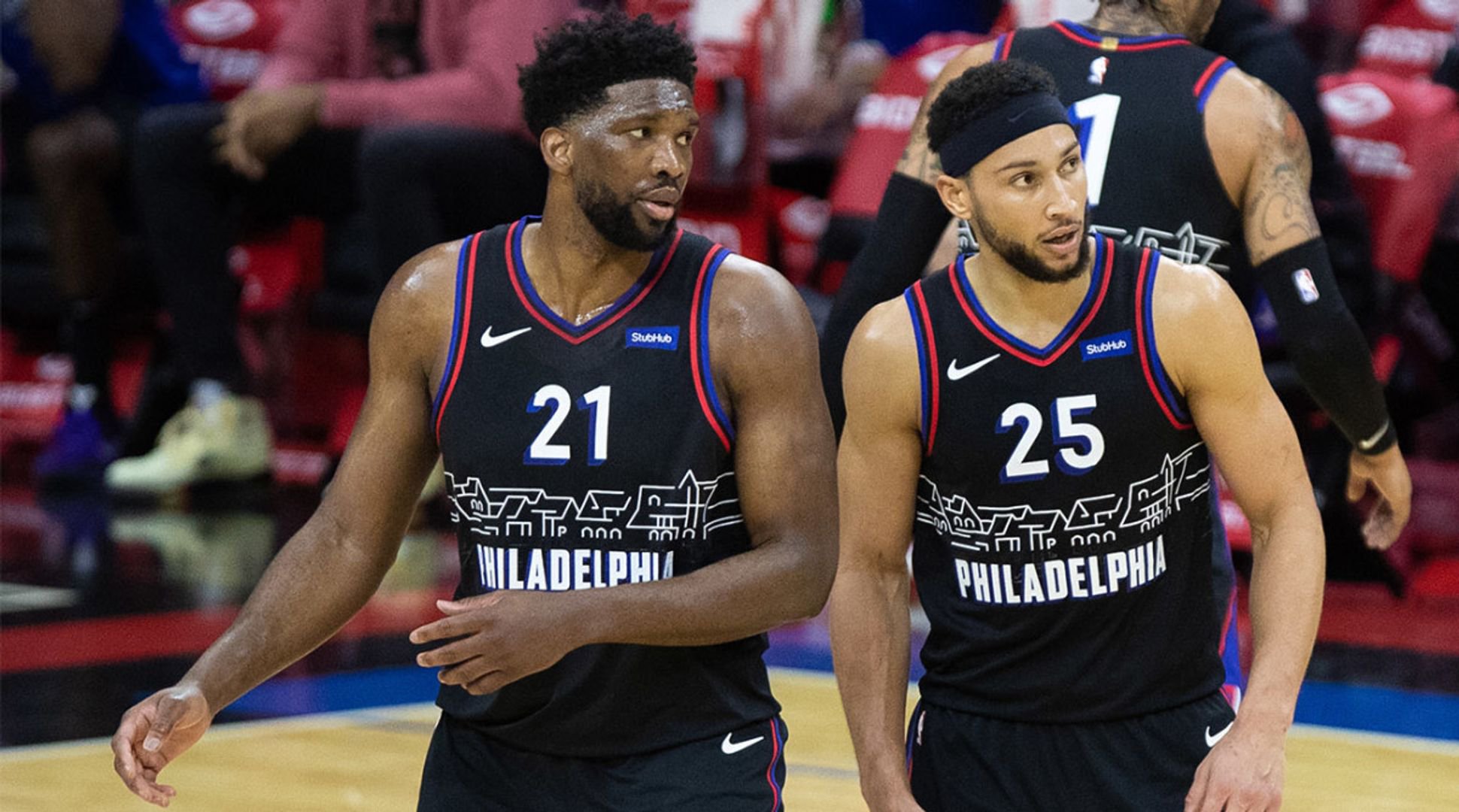 The first Philadelphia 76ers vs Washington Wizards meeting of the season was one of the highest-scoring games of the NBA season. When the two teams met in Philadelphia on January 6, the 76ers outlasted the Wizards 141-136. Tonight’s game is unlikely to see such prolific scoring, but another high-scoring game is likely. The 76ers just put up 127 points on the Bulls without Joel Embiid and Ben Simmons. On the other side, the Wizards just gave up 127 points to the Memphis Grizzlies.

Sportsbooks have made tonight’s total a big one to reach. But with Embiid back in the lineup for the visitors, don’t count it out.

Many likely figured that the Brooklyn Nets or Milwaukee Bucks would have overtaken the 76ers by now. However, the Sixers continue to hold top spot in the Eastern Conference. It looks like they are in the mix for the long haul as well. Last night’s visit to Chicago seemingly posed a challenge without Embiid and Ben Simmons, but they dispatched the Bulls 127-105.

Embiid should be back tonight, which is bad news for the Wizards. When these teams last met, Embiid had 38 points, eight rebounds, and five assists. That was his first 30-point game of the season. Since then, he has had 14 more. As a result, he has overtaken LeBron James as the NBA MVP favorite. Embiid was unhappy about missing the All-Star Game, so the Wizards could be in for it tonight.

Also, here is what Embiid has done on Fridays this season:

Wizards Disappoint in Second Half Opener

To lose by 15 at home to open the second half of the season is a big step back for the Wizards after the improvement they showed over the last month. But perhaps the Memphis Grizzlies are just a bad matchup for them. Along with Wednesday’s romp, the Grizzlies also dominated them on the road last week.

The Wizards appeared to have somewhat improved on the defensive end recently, but that improvement has stalled. They allowed 125 and 127 in their losses to the Grizzlies, while they allowed 117 to the Clippers in a win to end the first half.

NBA picks back the Sixers to win SU but the Wizards to cover the spread. There are stats to back up the reasoning as well. The 76ers are 2-3 SU and 0-5 ATS on the back end of back-to-backs this season. Interestingly, the over is 4-1 in those games. With that and other factors in mind, and with Embiid back in the lineup and a pattern of beastly behavior on Fridays, it makes a lot of sense to go against the total picks, which favor the under.