#2 Phoenix Suns vs #3 Denver Nuggets Betting Preview: A Tight Series Could Offer Lots of Value on Both Sides 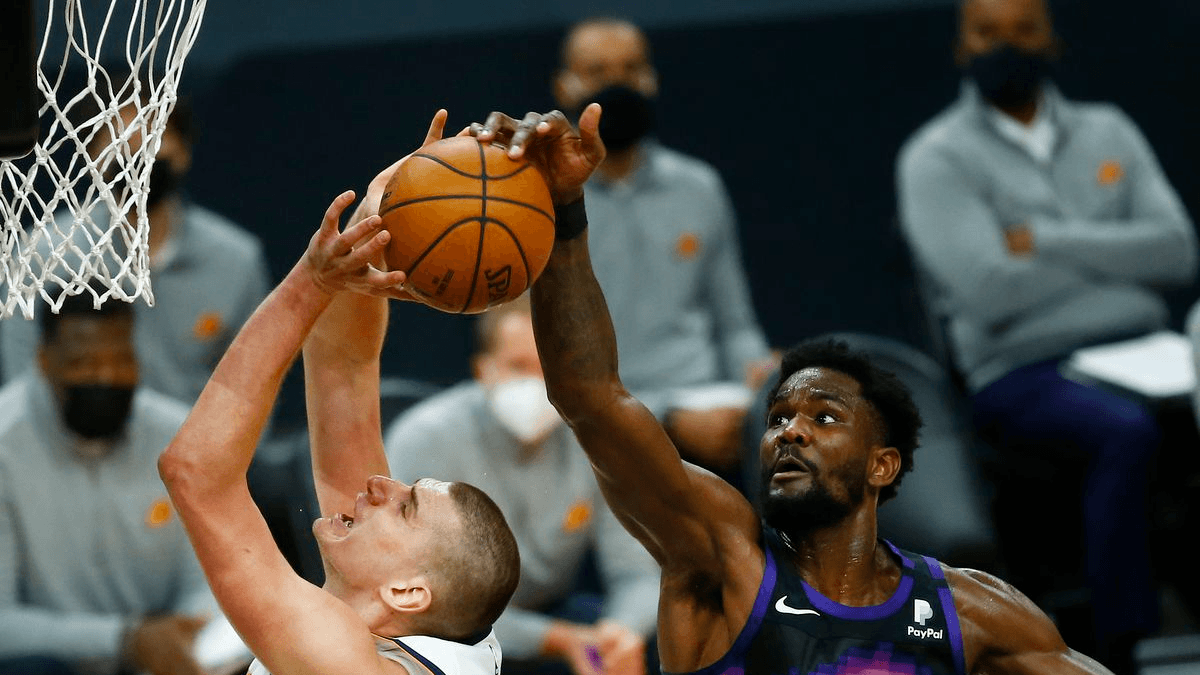 The Suns vs Nuggets series should be a closely contested series between two teams with different strengths. Both of these teams were the higher seeds in their opening-round series and both won in six games.

The Phoenix Suns’ series win over the Los Angeles Lakers had a lot of subplots, mostly due to the Lakers' injuries. There is no sense getting in too deep on the Lakers, but the Suns had their injury concerns too as point guard Chris Paul got hurt and clearly wasn’t right for a chunk of the series. As the series progressed he seemed to get stronger, and they need him at full strength as he and Devin Booker in the backcourt are where Phoenix has the greatest edge against Denver.

Denver just dispatched another team with a strong backcourt in Portland. The Nuggets overcame “Dame Time” but things are hardly easier in this series. Denver won thanks to its frontcourt featuring likely MVP center Nikola Jokic. Portland limited his playmaking abilities but not his scoring and took the loss. It will be interesting to see how Phoenix seeks to counteract his greatness, and how effective that strategy is going to be. It did not really work during the regular season when he was great against the Suns.

During the regular season, these teams played each other about as close as possible. Oddly the road team won each game as Phoenix won at Denver by three points and Denver beat the Suns twice in Phoenix, with both games going to overtime (and on back-to-back nights). A lot has changed since those January games though, especially the loss of guard Jamal Murray for the Nuggets.

This has all the makings of a very close series, and that is what I think we are going to get. When that happens there is often a lot of value on the underdogs. It will be very interesting to see how Game 1 goes and what it means for the rest of the series. Will it expose something, or will it look like a couple of evenly matched teams going toe to toe? There is pressure on both these teams too. Denver made it to the Western Conference Finals a year ago, while Phoenix has opened up the West by defeating LeBron and the Lakers. They have to avoid an emotional letdown.

Suns vs Nuggets series odds are via FanDuel Sportsbook as of Monday, June 7 at 7:15 pm ET.

Prior to the NBA playoffs, I was really high on Denver. Yes, not having Jamal Murray hurts, but they have played really well without him. First for a couple of months during the regular season and now through a playoff series win.

If you like the Suns, I think you are better off going game to game in this series. They are small favorites at home in Game 1 and probably will be in any home game throughout. Things probably flip on the road where I expect them to be small underdogs. The series and correct series score prices do not offer much in the way of opportunity with the Suns.

Backing the Nuggets presents some great opportunities though. You can easily stack all of the correct score prices and come out ahead if they win. Also, with those in your pocket, you can hedge and only need to dip into potential winnings if the series gets to an elimination game for Denver. A sweep seems unlikely so you can probably skip past that 4-0 result unless you want the maximum available opportunity. Just remember that unless you are willing to take them as straight-up underdogs in the opener it is probably not a good play. Those outcomes are correlated.

Neither of these teams is very public so we are probably getting pretty true odds here. When it comes to the Western Conference, the Clippers are going to draw most of the betting action.

Paul’s Health – The Suns were great in the bubble last year and have been strong all season long thanks to the addition of Chris Paul. He might not have the same statistical profile as Jokic, but he is just as valuable to Phoenix. They need him to be healthy for the entire series and even that might not be enough. I love what he gives to Phoenix on offense and defense but they are not going to win without him.

Booker Ceiling – Devin Booker is very talented. In the first quarter of Game 6, he was on another level catapulting the Suns to a win over the Lakers. They are going to need that level of performance for more than just a quarter in this series. He is going to have a lot of favorable matchups in the series, and he needs to be more aggressive in exploiting them. Booker is one of the elite scorers in the league with his ability to score inside and from beyond the arc. If he is the leading scorer on either team in this series Phoenix might win.

Role Players – The success of Phoenix this season has started with their elite backcourt above but their role players have also been huge. They got the win against the Lakers, but the guys 3 through 8 were not great. Center Deandre Ayton averaged 15/10, but they need him to be more active against Jokic. Forward Jae Crowder, despite making some big threes in Game 6, shot just 30% from deep for the series. Backup point guard Cam Payne’s numbers look good, but that is because his playing time was up with Paul’s injury. Someone has to be a factor other than Booker and Paul for them to advance.

Joker Continues Dominance – Against the Blazers Jokic did not post the assist numbers we saw during the regular season. Still, he increased his scoring while not sacrificing any efficiency. In fact, his three-point percentage was actually higher than during the regular season. It is extremely rare for high-usage players to increase their efficiency in the playoffs when defenses are even more geared up to stop them. He is third in the NBA in Player Efficiency Rating in the playoffs. No other players in the series are ranked in the top 15 entering the series.

Rivers Can’t Run Dry – Austin Rivers played only 15 games with Denver during the regular season. He shot well and solidified that he could be a rotation player for the playoffs. In the series against Portland, he played a lot and played well. 11 points per game may not look like a lot, but his clutch shooting was one of the reasons Denver beat the Blazers. He is also going to be asked to guard Booker more often than not, so the Nuggets need him to once again be a positive player.

Gotta Keep Firing – Denver beat Portland because of their ability to consistently make outside shots. Jokic and Rivers shot over 40% for the series and so did Michael Porter Jr., Aaron Gordon, Monte Morris, and even reserve guard Markus Howard. Porter’s confidence is the key because when he is going well he is hard to stop. At 6’10” he is able to shoot over the top of anyone, and he isn’t shy. Similar to Booker he made 6 threes in the first quarter of their elimination game. The Nuggets have to keep firing as it is a staple of their offense and also opens up opportunities for Jokic inside.