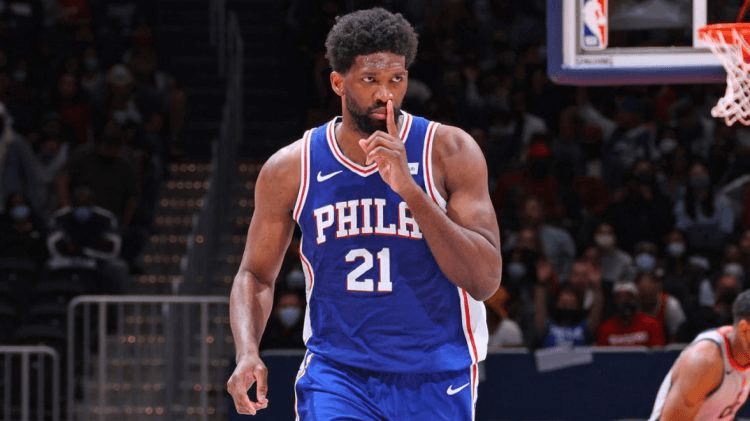 Is Game 4 of the 76ers vs Wizards series going to be the last one? Or will the Wizards put in their best showing of the series to take things back to Philadelphia?

Philadelphia is playing like a top seed is supposed to. Center Joel Embiid has never looked better in the playoffs, and it looks like they will sweep away the Wizards with ease. Washington has high-end talent, but the supporting cast has definitely not been up to the task in this series. That should not be much of a surprise for a team who spent most of the season well out of the playoffs. It was a nice run to get here, but it's time to let the grown-ups go to work.

76ers vs Wizards odds are via FanDuel Sportsbook as of Monday, May 31 at 1:40 pm ET. For more NBA betting odds, check out our NBA odds page. It features updated odds from FanDuel and other top online sportsbooks.

Betting News uses an aggregation of picks from reputable industry sources for all NBA, MLB, and NHL games that are previewed on the site. For detailed 76ers vs Wizards betting information, including a source-by-source betting picks breakdown, check out the 76ers vs Wizards matchup page.

Philly Looks To Be Peaking At The Right Time

Joel Embiid scored 36 points in the easy Game 3 win. He was super efficient posting a line of 36/8/8 in just 28 minutes. I was shocked that was the most he has scored in a playoff game. Quite simply the Wizards have not been able to stop him or anyone else in this series.

The entire starting lineup dominated in the 29-point victory in Game 3. They were all a minimum of +27 for the game, and they all made more than half of their shots. For the game, the team shot an amazing 59 percent from the field. They were able to get whatever they wanted. Washington definitely looked like the worst defensive team in the league, which they were during the regular season.

Philadelphia is not the consensus play, but the line has moved in their direction anyway. That tells you the smart money is on the 76ers to complete the sweep.

Washington is Trying Different Things But Nothing Has Worked

In the last game, Russell Westbrook was questionable with an ankle injury, which led to the walk down the tunnel and the infamous popcorn shower. In Game 3 he played and played well, recording a triple-double. Unfortunately, it could not have mattered any less in the blowout loss.

I will credit Washington for switching things up in the most recent loss. It just didn’t make any difference, however. Presumably looking for more offense, the Wizards moved forward Davis Bertans into the starting lineup for Game 3. Bertans had anything but a positive presence, making only two shots for the game and finishing a team-worst -34.

With Bertans in the lineup, someone had to move to the bench. It was guard Raul Neto, who was a terrible 1 for 12 shooting in 20 minutes. Now it is hard to see what the Wizards can or will do differently to try and find a spark. It just looks like they are out of answers.

That is why is it interesting that there is actually increasing support for the Wizards. It seems backers are just being emotional and assuming they are going to put up some sort of final fight. If they had that in them, I think we might have seen it already.