Knicks vs Hawks Game 3 Betting Preview: Will the Intensity Kick Up in Hotlanta As a Tight Series Changes Venues? 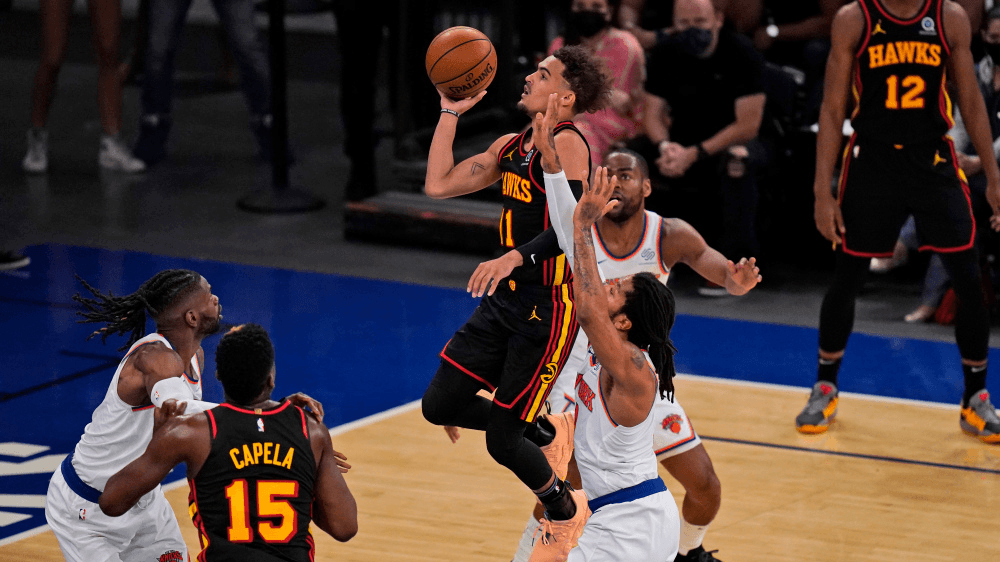 The Knicks vs Hawks series moves to Atlanta tonight. Will the Hawks hold at home to take a series lead, or will the Knicks nab a valuable road win to go 2-1 up?

The first two games of this series in New York were a bit of a feeling-out process. Both teams got a win, and now comes the pivotal Game 3. Atlanta is at home looking to maintain the advantage they gained by winning on the road in the series opener. The second half of Game 2 saw the Knicks' top player, Julius Randle, finally come alive. His versatility is something the Hawks struggled with, and they need to bottle him up tonight. The winner of game three becomes the series favorite once again.

Knicks Need to Bring Defense on the Road

The Knicks powered through the regular season. They played with intensity, and that as much as talent pushed them into the playoffs.

Now they are on the road in the playoffs for the first time in a long time. Randle, recently named the Most Improved Player in the NBA, has shown he can be very impactful, but we have only seen that for one half over two games. If he can put together a full game, it would go a long way towards securing a Knicks victory.

If not, it may fall on Derrick Rose once again. Rose has turned back the clock by averaging more than 20 points per game in a playoff series, a feat he did repeatedly in his prime with the Chicago Bulls.

New York was great during the regular season as a road underdog, posting a 17-9 ATS record.

Trae Needs More Support if the Hawks are to Survive

While New York leans on its most experienced player the Hawks are leaning on Trae Young, a third-year guard playing in his first playoff series. So far Young has been great, posting back-to-back 30+ point games. He is definitely looking worthy of inclusion in the next generation of NBA stars now that he has some playoff cred.

If the Hawks are going to take control of the series, they need their veterans to support their young players. The combination of Danilo Gallinari and Lou Williams shot a terrible 3 for 16 in Game 2, and with starting forwards John Collins and Clint Capela combining for just four points, the Hawks did not have enough offense.

Collins was the Hawks’ second-leading scorer during the regular season but did not get a point in Game Two. That is an outlier, but it appears having to guard Randle is more than he can handle as foul trouble really hurt his game. With the series coming to Atlanta he is a player they need to get going. Hopefully home cooking might do the trick.

So far these first two games have been about what was expected with neither team significantly outplaying the other. Atlanta is the favorite in Game 3 and a small consensus play. I am a little surprised that they are a bigger favorite than New York was at home in the first two games.