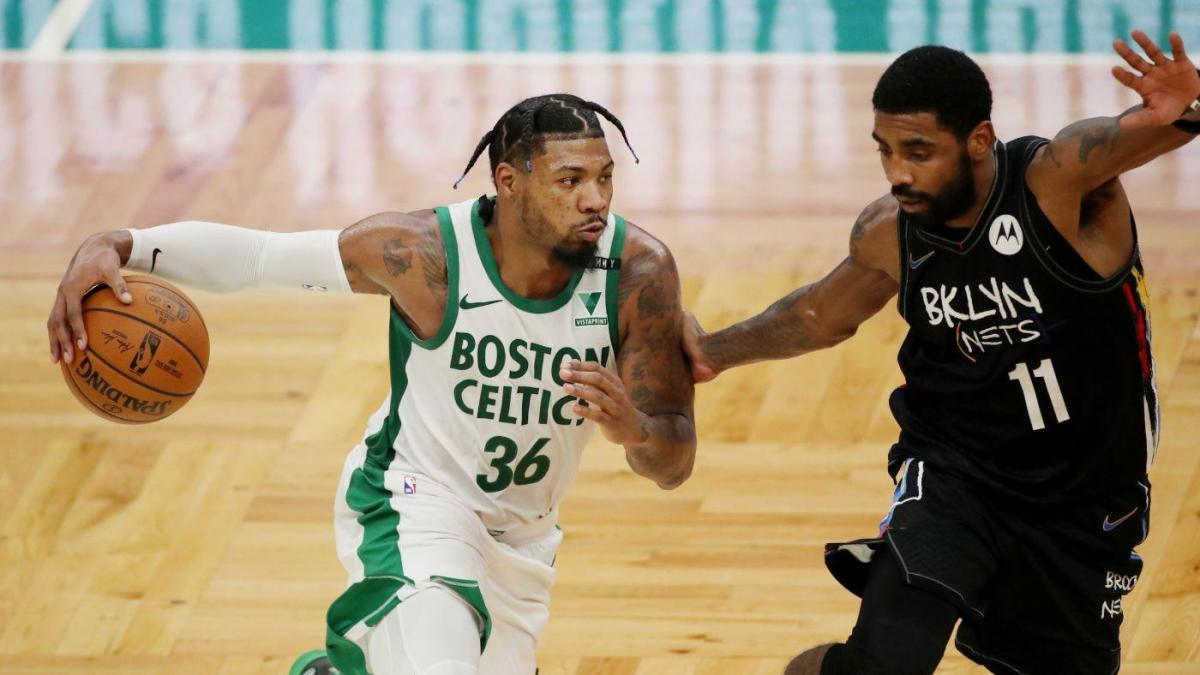 Will the Nets vs Celtics series see an outcome other than a 4-0 Nets sweep? This is Boston’s last chance to make the series respectable. Can they do it?

Any hope of the Celtics overcoming the loss of forward Jaylen Brown and competing in this series looks to be lost at this point. Game 1 was a little ugly but generally close, then Game 2 was over by halftime, possibly even the end of the first quarter. As the series shifts to Boston for Game 3, it is hard to envision how Boston gets back into it. The Celtics are just overmatched by the Nets. Something really special has to happen to turn things around.

Nets Take Their Playoff Show on the Road

Brooklyn played more like we thought they would in the Game 2 win. They were able to get their offense going and dropped 130 points on Boston, winning by 22 and covering easily.

It was mostly the usual suspects in the win as James Harden, Kevin Durant, and Kyrie Irving all had good games. Joining the group was shooter Joe Harris, who scored 26 points, second on the team, and was a +29, also second. He actually led the team in minutes by a smidge.

Brooklyn has to be feeling like they have all the answers for this series right now. After being a nonfactor in Game 1, Blake Griffin was even a positive, scoring 11 points in Game 2.

As road favorites, the Nets are only 12-12 ATS for the season. This very public team often sees their games get bet up.

Boston Lookin For Some Kind of Answer

Even though the Celtics are at home, they might need a miracle to get back into the series. That is because through a couple of games they have shown that they can’t compete with Brooklyn, and leading scorer Jayson Tatum might be out with an eye injury.

With Tatum limited, feisty guard Marcus Smart was the leading scorer for the Celtics in the Game 2 loss. Smart is one of my favorite players in the NBA, but that is not a good outcome for Boston. Being the primary scorer is just not his game. If ever there was a game that Kemba Walker should have been stepping up, it was the last one. He scored 17 points but only took 11 shots. It is getting to the point that I am not sure he has it in him to take over games anymore. That is disturbing for Boston for the rest of this series and moving forward. That contract is not going to age well.

This series shows that is it difficult to win without stars, especially if the other team has them. Boston was already limited with Brown out. For all of their draft picks over the recent years, they have not brought in anyone since Tatum that has that potential. They have only added nice complementary pieces.

I think it would be interesting to stick Carsen Edwards on Kyrie Irving and dare him to match him shot for shot. He is a guy who is only useful with high usage. Why not give it a chance?

Boston is a significant home underdog tonight. That was not a great role for them during the season. They were 4-5 ATS as dogs at the TD Garden.